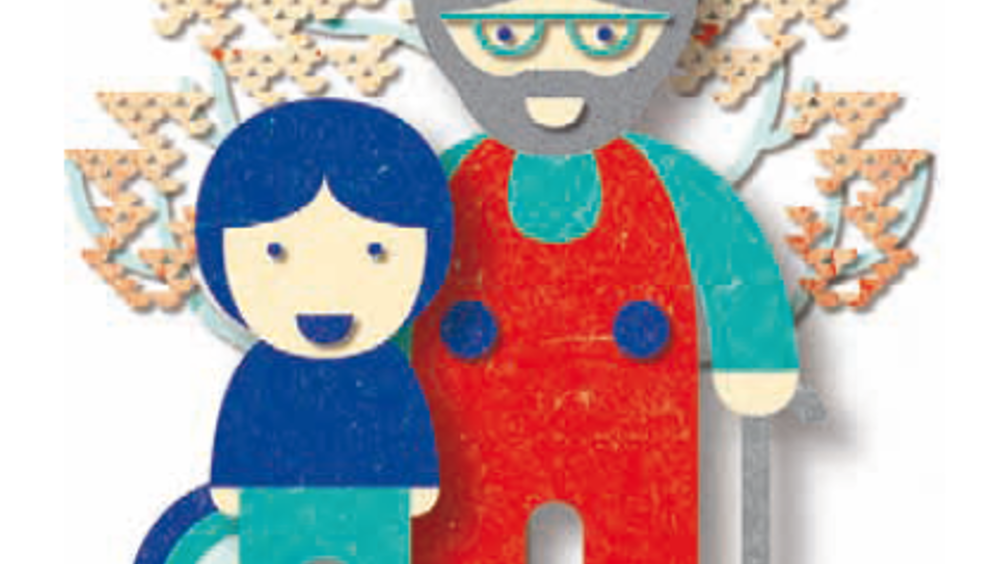 As the workforce gets older, companies need to recognise the skills and benefits these employees bring, as well as give them a good reason to stay, says EDMUND TIRBUTT

Carrying a few grey hairs used to mean having one foot in the grave – but not any more. In fact, according to government data, most of today’s 65-year-olds will live beyond 80 – some even making it to 110 and over.

And as our population grows older so, not too surprisingly, does our workforce. By 2020, around 36% of the working population will be over 50, and with the recent scrapping of the default retirement age, many people will choose to work well into their late 60s and 70s, and employers will no longer be able to dismiss on grounds of age alone.

The economic downturn means fewer people have been able to retire, but this is not the only driver of older people staying in

employment. According to Prudential’s Class of 2013 research published this February, 55% of those considering working past state pension age are doing so because they believe it will keep their minds and bodies active and healthy, compared to

40% who are motivated by boosting retirement incomes.

All this brings both good and bad news for employers. On the one hand, they stand to benefit from the greater knowledge and experience that older employees can bring. They might be slower and less au-fait with technology, but they often bring stronger skills than their younger counterparts and can prove good mentors and ambassadors.

According to Pamela Gellatly, chief executive of risk management consultancy Healthcare RM, older people tend to cope better with many day-to-day situations. “Some have been through challenging life experiences such as losing partners or having accidents, and may have learned coping mechanisms over the years,” she explains. “Young people don’t tend to work so well with issues such as upset customers and relationship problems in the workplace.”

Nevertheless, the fact that older people tend to be more susceptible to health problems cannot be ignored. Research released by Group Risk Development (GRiD) this January showed that, although 59% of employers felt the removal of the default retirement age meant they were more likely to recruit employees aged 50 and over, 27% had seen increased absence rates or an increase in age-related health conditions since its removal.

And although that might add costs for companies, an age discrimination claim would be even more expensive (average pay-outs in successful cases reached over £30,000 in 2011). Employers can still dismiss older people by going through relevant capability assessment processes, and health problems – whether developed with age or not – can count against employees in these assessments, but there must be no discrimination on grounds of age.

Katherine Maxwell, employment partner at Moore Blatch Solicitors, warns that employers need to treat people in the same way, whatever their age. “Employers must not change processes to suit someone’s age,” she says. “If they do they could even get a younger person claiming they’ve been discriminated against because they’ve been treated less favourably than older colleagues. So it’s important to manage purely on the basis of performance and to have well-drawn-out procedures that are followed consistently.

“Regular appraisals provide opportunities for you to talk to staff about aspirations and future work plans, and these could result in flexible working requests from older staff, such as a desire to work part-time or for an increase in flexitime.”

Business process solutions provider Equiniti is following this advice, having just introduced a new performance management system for its 2,000 employees. This system focuses on being conversational rather than ticking boxes.

Clancy Murphy, people and change director at Equiniti, explains: “Older people want to grow, but they start with more experience and have different motivational requirements. We need to recognise that older new hires may have worked at a more senior level before, and understand them without making assumptions. We find they are particularly interested in any charitable projects we are doing and are often more willing to get involved with work activities outside normal hours than younger employees.”

According to Ksenia Zheltoukhova, programme lead at The Work Foundation, the overall impact on employers of the bolition of the default retirement age has been positive, despite the possible added healthcare costs.

“Employers keep going on about not having the appropriate skills, but the problems occur when they don’t use the skills appropriately,” she explains. “Older workers won’t use their skills to the maximum unless you motivate them properly, and flexible working is very important for motivation. Open communication is also important to make work seem meaningful, so you must ask older workers what they want from their job.

“Don’t try to fit them into the job, but build the job around them. No one has to be in the office between nine and five all the time, and if an older worker feels better coming in at 10:30am, then let them if the job permits it. Also be aware that it’s natural for workers of certain ages to develop chronic conditions, and that you must manage these.”

According to the Living Long, Working Well report, published by The Work Foundation and Bupa in July 2012, there were around 15 million people with a long-term health condition in England in 2011, with higher rates evident among the over-50s. Recent research by Professor Sayeed Khan, chief medical officer to manufacturer’s organisation EEF, showed that incidents of chronic diseases among 65 to 74-year-olds are nearly twice as high as among 45 to 64-year-olds.

Before HR departments panic too much about the health risks associated with an older workforce, experts highlight that many health problems can be avoided or effectively managed by effective health and wellbeing programmes.

Healthcare RM’s Gellatly explains: “Employees will get more muscular imbalance and pain, which they may think is because they are older, but that in fact can be cured by an appropriate exercise specialist. As people get older they also naturally start putting on more weight, which is normally compounded by the fact that they are taking less exercise and may be drinking more alcohol and developing poorer dietary habits.

“Older people with positive attitudes who are exercising and looking after themselves can be very beneficial to the workplace. I’ve known some 68-year-olds who perform better than 48-year-olds who are overweight and have unhealthy lifestyles,” she adds.

At the Royal College of Nursing, 34% of the 890-strong workforce is over 50 and 1% is over 65, so any health and wellbeing initiative must cater to older staff members. An initiative launched three years ago focused specifically on understanding blood pressure and BMI figures, as well as covering stress, with about 20 members of staff trained as health and wellbeing advocates to spread the message.

The college has also introduced a range of flexible working options for staff and begun offering an employee assistance programme (EAP) that provides access to advice on elderly care (the Living Long, Working Well report shows 17% of those aged 50 and above have caring responsibilities, most often looking after partners or parents). As a result of all this, working time lost due to sickness absence has reduced from 3.6% to 2.5%.

Oliver Gray, managing director of employee wellbeing provider Energise You, emphasises that medium- to largesized companies that implement similar suitable health and wellbeing programmes should start to see results in six to 12 months. Nevertheless, polls conducted by his company show that only 20% of employers are being proactive in helping people make simple changes to their lifestyles and habits.

“It makes much more sense to spend money on proactive activity than just being reactive, but a big issue is that HR doesn’t seem to have enough clout with finance directors,” he says. “They’ve got to start working out how much staff absence, turnover and reactive health measures cost and point out that unless action is taken it will only get worse, especially with an ageing workforce.

“The older workforce is going to really suffer if nothing is done about health, especially because, as the workforce gets older, the most important people in the business are more vulnerable. Directors, especially, are the world’s worst at prioritising their own health as they always put work first, and the higher up you get, the worse it becomes. But if someone is following the right lifestyle they can still enjoy great health and great energy well into their 70s.”

Manual workers are the exception, and those with arthritis or musculoskeletal problems often can’t continue in the same roles past the age of 62 or 63. But their skills don’t disappear with age, even if their energy does, so it may be possible to redeploy them to train younger people or plan workloads from managerial positions. It just requires a bit of creative thinking from HR, and an understanding that as people begin to work longer, they may require something slightly different from an employer.

As Dianah Worman, diversity adviser at the Chartered Institute of Personnel and Development (CIPD), puts it: “Older people have all sorts of experience and skills you don’t want to park on the scrap heap, so it is important to think creatively about how you can keep employees on beyond the conventional expectation of retirement. Focus on the ability of the individual and don’t stereotype. It could be harder to persuade people to carry on when the economy picks up, so make sure you offer training and retraining facilities to everyone, including older people.” 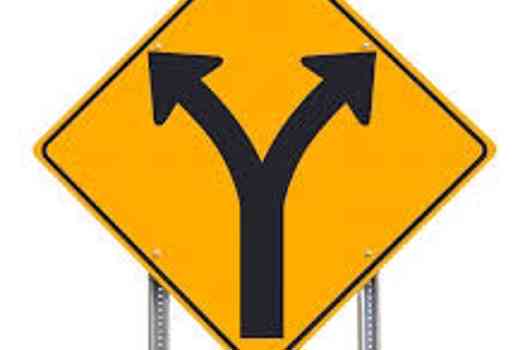 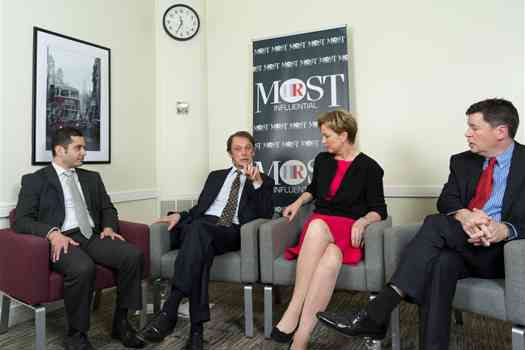 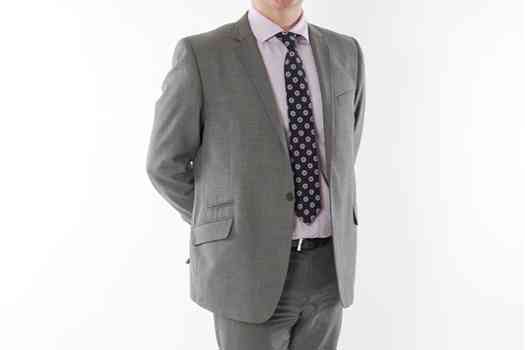 The game is afoot! 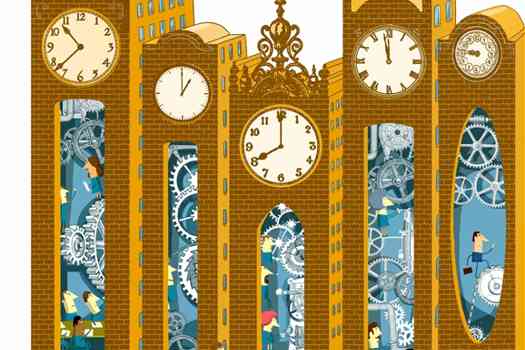 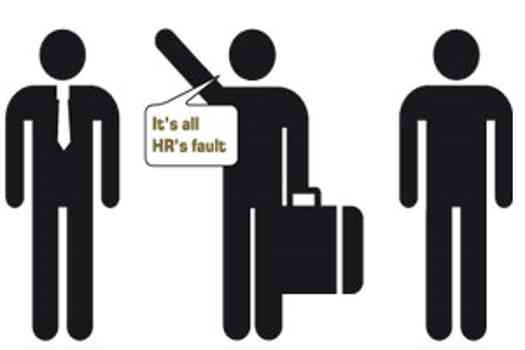