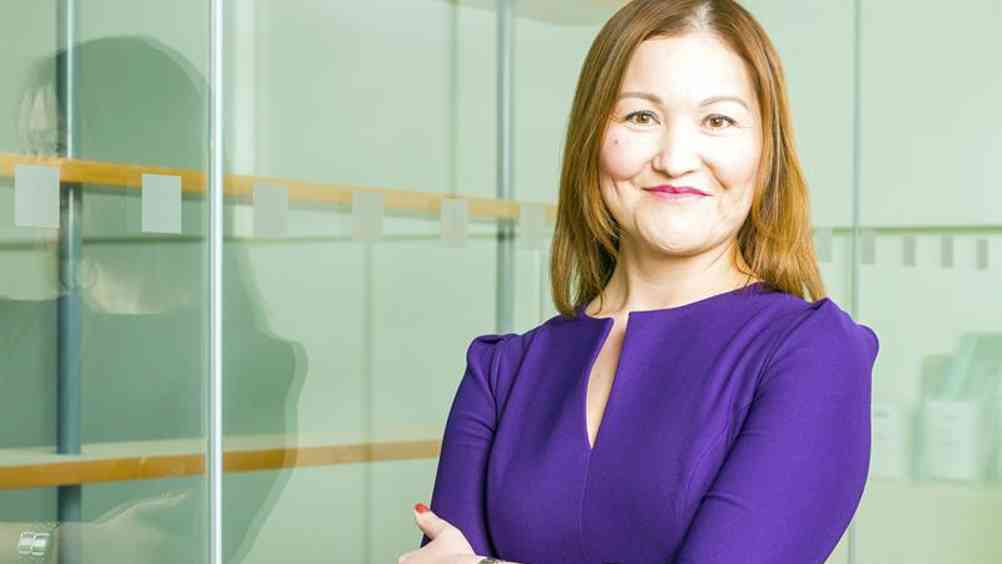 You can't implement real change if you're not upfront about what needs changing. Honesty is the best policy at GKN

Question: what do Legoland Windsor’s colourful, super-size creations, a pot of gloss paint, and the exhaust system of an aeroplane have in common? Answer: not a lot (and apologies to all riddle fans). But what this trick question does contain is the secret to group HR director at FTSE 100 global engineering firm GKN Monique Carter’s career success.

Indeed it’s hard to find too many other HRD career paths covering such diverse sector and geographical breadth. (Carter was also named one of Autocar's most influential British women in the automotive industry 2016, winning the HR category.)

Carter started at Asda as deputy customer service manager, where she “recognised quite quickly that the best thing about the job was the interaction with people”. From there it was on to the fast-paced, fun and undoubtedly often surreal world of Legoland, where she was responsible for recruiting and engaging everybody “from ice-cream sellers to model makers and maintenance engineers”. (“You realise you need to have a degree to be a model maker,” she comments).

Next, in the early noughties, she was HR manager for supply chains and then GM of learning and development at electricals retailer Comet, where Carter led, an at the time, pretty ahead of the curve e-learning programme.

It was at this point that her resolve around gaining as wide a range of experiences as possible really crystallised. “I really wanted global experience,” Carter recalls. “I was conscious I’d worked for two retailers and if I did a third people would think ‘well that’s where she’s at’.”

So, after putting feelers out in her network, Carter found herself in the very different world of food ingredient, speciality polymer, electronic materials, fragrances and flavourings manufacturing, with chemical firm ICI. And this is where her diversity of experience really started to come in.

“I think [whether you need different sector experience] depends on the company,” she caveats. “But if you have a very complex business it’s really important. It helps you think of new ways of doing things.”

“One of the things about retail I loved was it’s really pacy,” she adds. “You haven’t got time to wait for the absolute perfect solution… But ICI was a very different kettle of fish. It was a much bigger organisation, completely international, bigger profits, largely people with long service and very technical qualifications – lots of PhDs.”

But being a bit different helped. “I think I was recruited because I was quite driven and impatient,” she muses. “I didn’t have a PhD, but I did have an unassuming non-threatening nature. So I could influence people and get them to think about different things. It was really just asking the stupid questions.”

This approach is one Carter still very much swears by in the similarly specialist environment of British multinational automotive and aerospace component manufacturer GKN. It was in 2014 she landed here as global HRD of GKN Driveline, following spells in Singapore and The Netherlands with ICI acquirer, decorative paints and coatings producer AkzoNobel.

Many might blanch at the scale of GKN and its HR challenge. The Redditch-headquartered 56,100-employee business encompasses the four divisions of Aerospace, Driveline, Powder Metallurgy and Land Systems, over no less than 34 countries and five continents. But standing back from the complex, technical nature of GKN and its products to ask “the stupid question” and decide the most effective course of action, has very much characterised the now group HRD’s tenure.

Carter explains that the company has always done well connecting employees with the bigger picture of what GKN’s specialist components end up making (the cars from more than 90% of car manufacturers globally, in the case of Driveline). This pride is something Carter is keen to build on.

“When you turn up at plants and talk to people they’re really proud to say they worked on the kit that’s going in the Ford Focus RS. And it’s something they can tell their friends or family, or talk about in the pub,” she says. “Over the last couple of years we’ve tried to enhance that by talking about being an engineering company that moves the world. In Driveline we make cars fun to drive. In Aerospace we make things fly. We’ve tried to make those connections with our employees.

“The Ford Focus RS for example: it’s been on Top Gear and everyone’s been raving about its drift mode – that drift mode is down to Driveline. So it’s getting people to recognise what does this little widget do?”

This strong sense of pride drives a culture of working hard, explains Carter. “We’re a culture that’s about working hard and not wasting things. I guess that comes from our manufacturing background,” she explains, adding: “I think with GKN you either love it or you hate it. People who do well here like autonomy and space. So there might be a specific job they’re recruited to come and do, but if they can see things they could be doing then they’re encouraged to pick those up. We have a lot of people maybe doing the jobs of two or three people in another company.”

Such an approach is core to GKN’s ability to innovate, explains Carter, who’s been mindful of bringing the organisation’s history of innovation very much to the fore in a recently-launched leadership programme. “When we launched that we did actually talk about how GKN started 250 years ago,” she says. “We were an ironworks company and we started trying new things and that’s continued. Ten years ago we didn’t have an aerospace division.”

A key mission since taking up the group HRD role at the start of this year has been to bed this ethos of innovation and “not do[ing] the stuff that doesn’t really add value” more firmly into HR.

“One of the things that I’ve been looking at is raising the capability of the HR function,” says Carter. “I think we’ve got some stuff that is about bread and butter skills that HR people need. We’ve got 35 dates this year for plant manager HR and above to go through and get those skills; from how to pull together a training needs analysis, to how to be more influential with different stakeholders. We’re running almost a mini HR MBA.”

In terms of refining HR processes, again a clear sense of what will actually add the value is key. Take the example of that increasingly contested HR staple: the annual engagement survey. “At GKN we’ve done engagement surveys possibly for the last 10 years. This year we’ve decided not to do a DIY one,” says Carter. “We’ve gone from a very long questionnaire, 30 to 60 questions, to Gallup Q12, so 12 questions. And we’re offering this report to any manager who has five or more people in their team. So it’s much more granular.”

“There is a sort of transition,” she explains. “So getting the HRBPs to really understand what we mean when we talk about engagement; that it’s not just about measurement. Measurement is interesting and provides benchmark data around how others are doing, but what we need to do is really figure out what we need to be doing better. That’s about culture, about leadership behaviours, about making sure that we are getting results in the right way.”

GKN’s new engagement strategy epitomises the pragmatic approach taken with HR data more widely. “I think people get into problems when they feel they have to report on everything,” Carter says. “Our approach is: we won’t report everything but we’ll report those 10 things that are really important and we’ll make sure they’re absolutely accurate. It’s very simple metrics but if you can be clear on what’s important to your organisation you can make a lot of great progress, which helps the credibility and reputation of HR.”

On the difficulty of implementing systems able to measure every single thing accurately, and the need to be realistic, Carter adds: “We do have a HR system that’s global and integrated. But we actually rely more heavily on the country payroll system because that information is always up-to-date. We don’t think it’s as important to buy a system when we could use that money perhaps to train people, or think about our talent management systems or leadership development.”

One of the biggest HR challenges confronting any British-headquartered engineering firm is skills. While GKN employees may well be fully engaged with and enthused by their products, the much harder sell is to those outside the business.

The answer, Carter feels, is greater collaboration between STEM employers. “We recently had a ‘bring your kids to work’ day where our customers came and helped us,” she says. “We had different car manufacturers and JCB who provided a tractor and Kuka who provided a cobot. We played all sorts of games to highlight, if you work in finance for example, this is what it’s all about. Because while we’re trying to drive kids into STEM subjects we’re also trying to get them to think of STEM more holistically.”

She adds: “What we could do [as an industry] is encourage more interaction from employees. They have families; they can spread the word. If other employers could engage their staff you probably wouldn’t need a national campaign; you could do things in your own environment.”

A large part of attracting more people into STEM is encouraging greater diversity. Again pragmatism is key. “When I joined it was accepted that we didn’t have good D&I… Now we’re focused on gender and nationality because, apart from anything else, they’re the ones that are easy to measure. We’re not saying other characteristics aren’t important, but we have to make a start. We have made some progress; it’s slow and steady.”

Helping with this progress are simple but effective initiatives such as the new recruitment guideline that people must have “someone involved in the process that’s different from [them]”. “We did think about stipulating that there should be a woman on every interview panel. But from a practical perspective that’s quite challenging because we don’t have enough women,” says Carter. “We’ll get there eventually, but by saying ‘someone different from you’ we’re recognising it’s not only one thing we’re interested in.”

D&I is very much an ongoing project, as is the related issue of flexible working, which Carter is keen to tackle. “I think in a manufacturing environment where we’re operating plants 24 hours a day, seven days a week, it’s quite difficult to get our heads around flexibility,” she says.

“But we need to talk to our people and figure out what they might value, so things like compressed hours, working two or three longer days, having a few days off together, swapping shifts – that’s a big thing in retail. There could be lots of things applied across. They might have to be adapted a little bit, it won’t work exactly the same, but I think there are definitely synergies and transferable best practices.”

So once again the power of looking at an industry through a slightly different, non-specialist lens – and of calling out illogical and overly complex processes – becomes apparent. “I suspect I’m probably somebody who says something and then thinks ‘s***t why did I say that?!’” laughs Carter, adding: “I’m probably somebody who asks for forgiveness rather than permission.”

All this, however, is delivered in Carter’s trademark considered and smiley fashion. Backed up with impressive breadth of experience, it’s easy to see why this unassuming, genial, but firm straight talking holds such appeal. 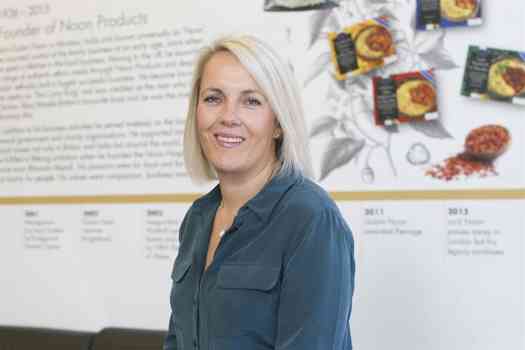 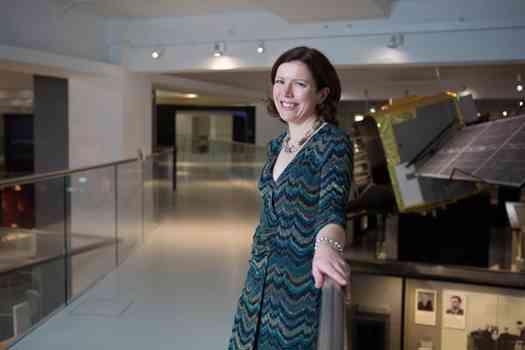 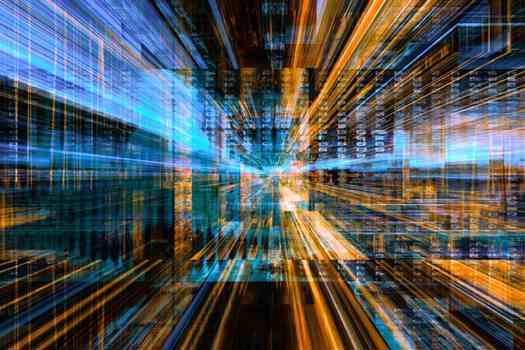 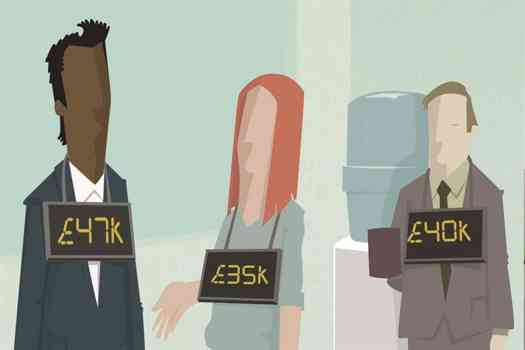 Is is time we're OK with talking pay? 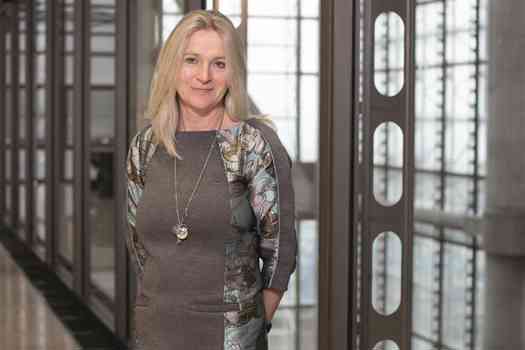