Round-table debate: What is the future of employer accredited vocational qualifications 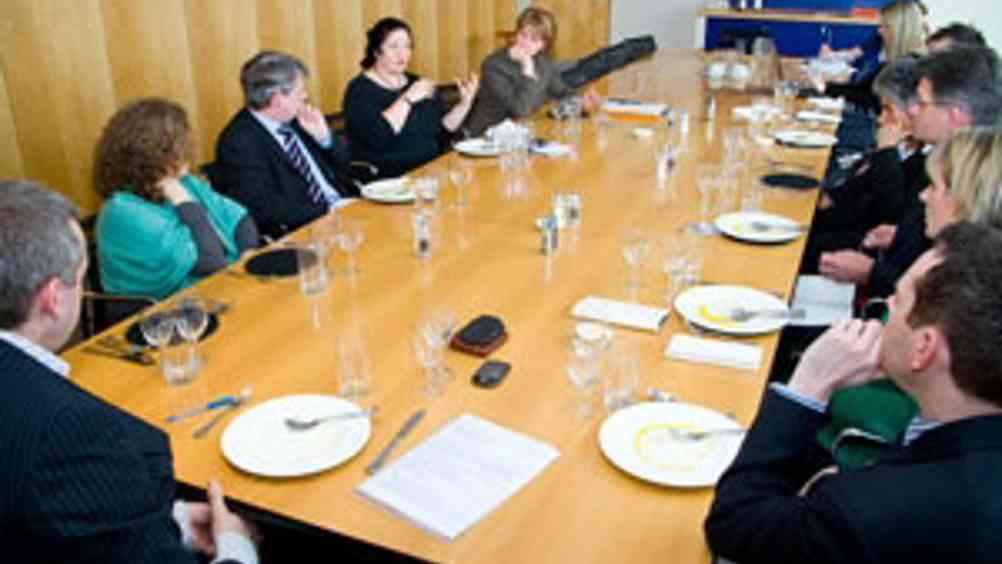 With training budgets slashed what is the future of employer-accredited qualifications? HR magazine and the QCA convened a panel of experts to consider the year ahead.

Read tWhat a difference a year makes: 12 months ago, McDonald's, Flybe and Network Rail were the toast of the education establishment, when it was revealed these top employers had achieved awarding body status by the Qualifications and Curriculum Authority (QCA). One year on, though, and except for a handful of new organisations (the MoD and the Recruitment and Employment Confederation) the expectation that more employers would be giving staff qualifications while they train does not seem to have come to fruition. Instead the talk is of training cuts (a poll for the Guardian in January found half of companies expect to do this) and budgetary probity. So is this the end of employer-supported qualifications, and do employers have far more pressing worries on their minds?

These were just some of the questions we threw open for debate when HR magazine convened a special panel of experts to discuss the themes likely to dominate training in 2009. While every one on our panel said they were maintaining or increasing training spend, not all were in agreement about the extent to which training should be there to meet government objectives.

"We're going down all routes," said David Morris, head of training and development, McDonald's. "We have our own accreditation - our big project right now is a degree programme accredited by Manchester Metropolitan University - but we also partner with traditional skills training suppliers such as City & Guilds."

Morris said he prefers a mixed solution partly because it provides an employer like McDonald's with flexibility (he said he once tried to introduce a nationwide NVQ programme but it proved "too difficult"), but also because he wants to be able to offer staff the chance to acquire qualifications for training they are already doing. "They value it; it's win-win. For the first time we have the ability to offer training on our terms and theirs."

Chris Banks, chairman of the Learning and Skills Council (LSC), said he regards this partnership approach as one of the ways a balance between the needs of staff and employers is being met. "When I first became chair of the LSC, I was struck by how the skills agenda was being driven by the needs of the learner rather than the employer. Now I think the language is more how we get the system 'demand-led', and I'm determined to ensure the needs of employees and employers go hand in hand."

Banks believes the natural route for employers' needs to be met is via the network of sector skills councils (SSCs), and these, he accepts, compete with the QCA for voice about how responsive to employers' needs qualifications and training ought to be. "Companies becoming awarding bodies will be the exception rather than the rule because the natural way training meets employer needs is through discussion with SSCs," he said.

The problem for others in the room was that all the talk of awarding bodies, qualifications and SSCs was meaningless to them and their organisations when approaching training. "We employers are very simple souls," confessed Madalyn Brooks, HR director, Procter & Gamble (P&G). "All this discussion makes us blank over. We do not know where you are coming from let alone where you are going. If people need skills we train them."

Although Brooks said she is a champion of training, she does not believe it is important for her company to become an awarding body in its own right, nor does she feel her staff want any more qualifications. "We do not sense a pull for training qualifications from employees," she said. "We have to be very clear what we are in business for, and we are not in business to give people externally-recognised qualifications."

This view will be a blow to the Government, which is relying on business to use accredited training to bolster statistics on numbers attaining Level 2 or Level 3 education. "If you do not accredit more, we will never know whether the UK is reaching Leitch (Review) targets," commented Brad Coles, director of employer engagement, South Bank University. "There is a least a need to quantify some of the huge amounts of private training going on independently, so UK plc knows where it has got to."

But should this be the employer's responsibility? On the one hand, employers around the table did seem concerned to know where the economy has skills. "The challenge is for us to imagine what the economy will look like in six years' time," said Sian Thomas, joint acting director, NHS Employers. Thomas advertises 30,000 jobs every month, 30%-35% of which are given to those outside the health and social care services professions but a further 10%-15% of which do not get filled on a recurring basis. "Training funding will increase next year, but I'm already concerned about 2011-2016."

On the other hand, though, Brooks' reticence about employers being the auditors of the UK's skills - beyond what they themselves need - was definitely shared by others present. "I think graduates still want lots of progression opportunities, and a work-based competency qualification would solve this," argued Judith Norrington, head of national policy development at City & Guilds. "But, as to whether we need a co-ordinating force, this is the real question. You'd need a lot of people around lots of tables agreeing to things, and one of the challenges at the moment is that qualifications are naturally sector-by-sector in approach rather than generalist, with employers adding the specific skills they need."

That different professions face completely different sector concerns was shown by changes soon to affect Thomas at NHS Employers. "Of the £4 billion we spend on employer training," she said, "about 30% of it is in pre-employment training. But a huge debate we are having with the Treasury is whether we marketise (ie, give a qualification to) that training - training that's already been part-funded by the taxpayer." This is a particular concern for her because, from this autumn, nursing is about to become an all-graduate-level occupation. "It's the biggest change in nursing for 50 years. We need to recruit 18,000 every year. Our very real concern is: will we get 18,000 nurses who want to do a degree in nursing, or be able to do A levels or diplomas to get to that point? What I would like to see is employers and universities forming joint ventures, forging their own pathways to education. We don't want to reinvent the wheel every few years, but we would like more local innovation."

But if things are complicated now, they are likely to get even more so for employers, with the arrival of the Qualifications Credit Framework (QCF) in 2010. Introduced because employers were apparently confused about the different qualifications and what their content was, the QCF framework will bundle qualifications up into 'credits' (1-12 for 'awards' 13-36 for 'certificates' and 37+ for diplomas). But the panel agreed most employers did not know enough about them. Also there was debate about what this would mean for accreditation.

Sue Densley, head of the employer recognition programme at QCA, said: "I've been on lots of courses - I've done numerous Cranfield certificate courses - but they do not appear on my CV because they don't convert into any skills currency. QCF would be a step in this direction."

McDonald's is already piloting a 'basic shift managers' qualification on a credit-based system in line with QCF guidelines. The course covers everything managers need to know, from basic operations to human relations. "Where we are trying to get to with the qualifications and accreditation framework is a common understanding of skills," added Sue Georgious, director of adult skills programmes at QCA. "QCF will allow qualifications to be placed into a matrix that immediately identifies their level and the level of challenge that achievement represents. Currently no one has any sense of how much effort has gone into, say, a diploma."

Georgious said she understands why these changes can seem meaningless for organisations such as P&G, but that employers will need to update their systems around it. "National accreditation is just another tool that allows individuals to use their training in different ways. It may be that staff at P&G do not move about, but some of them are accumulating skills that can be added to their portfolio. In a way, being able to accommodate that - degrees, masters, postgraduate qualifications - all in one system gives you flexibility."

HR magazine will be keeping readers up to date on the developments in the training and accrediting system as it happens. In the meantime, it seems more HR bosses will have to embrace accreditation if they are to navigate their way around the skills landscape.

Read the full transcript of the round table 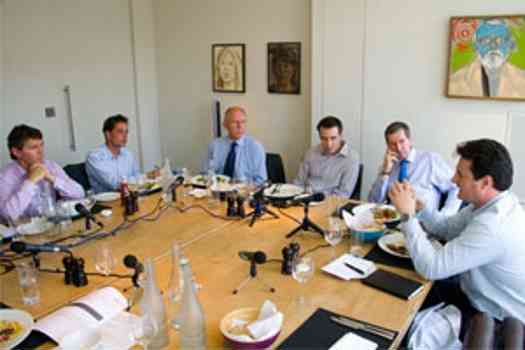 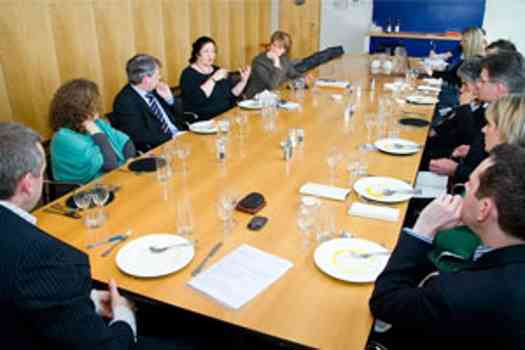 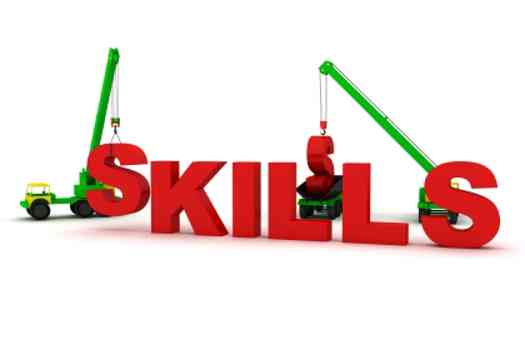 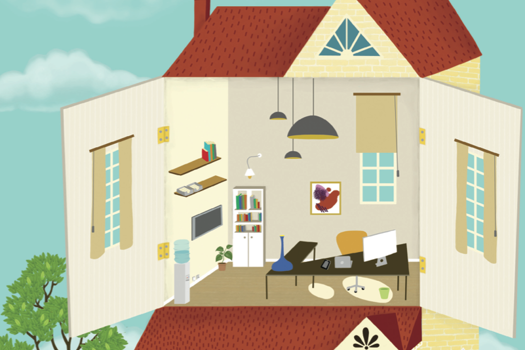 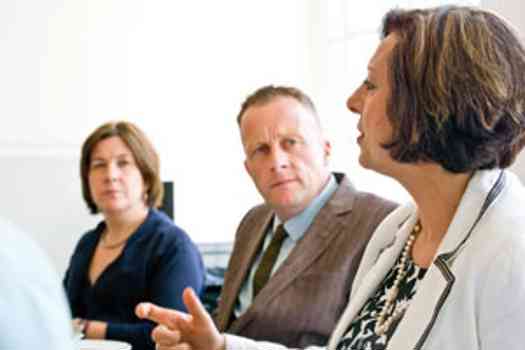 HR Round table: Doubt over learning and development professionals' ability to deliver the skills needed for future growth? 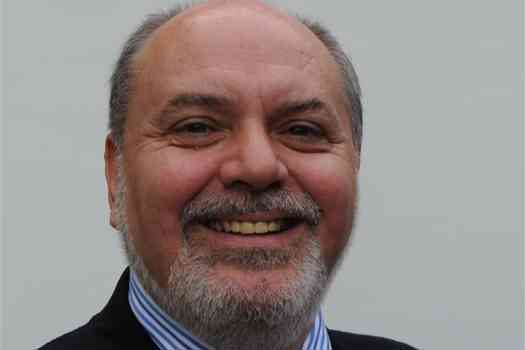 What is the future for public sector HR?