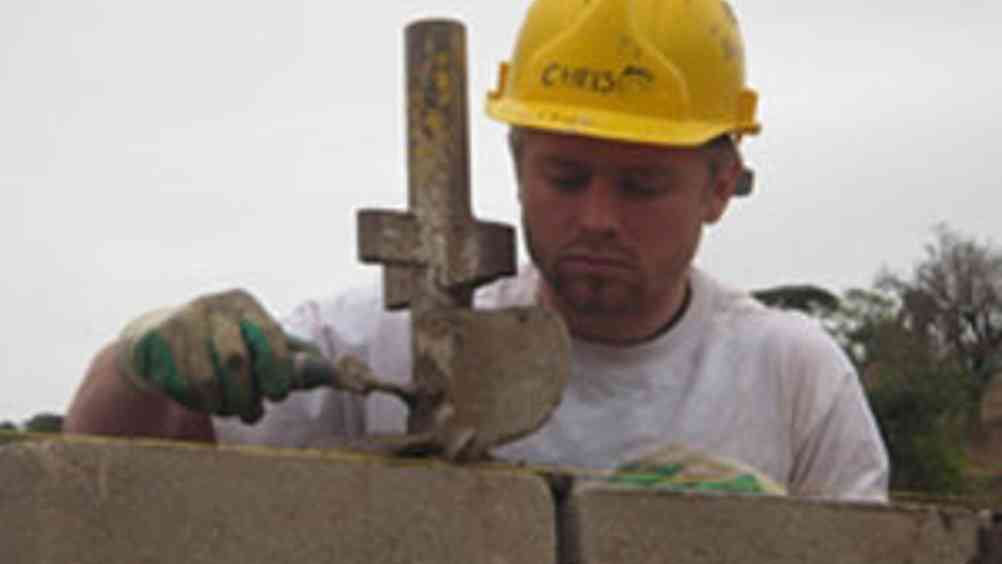 In a recession it is hard to make the case for volunteering. But for those like Lloyds TSB that succeed, improved skills and employee commitment speak for themselves.

It's not easy selling the merits of volunteering in recessionary times. For employers, volunteering is often seen as something they offer in the good times; a way of showing staff they care while ticking the corporate responsibility box. In bad times, the idea of paying staff for days spent volunteering holds little appeal.

Indeed, HR's own recent research with Ashridge Business School found that volunteering was regarded as the least important way of meeting business challenges over the coming years (CSR One Year On, January 2009, www.hrmagazine.co.uk). A massive half (47%) of respondents to our survey on corporate responsibility said employee volunteering programmes were of little or no importance in helping them meet future challenges, while only 13% were currently using volunteering as a way of grasping opportunities presented by the changing business climate.

Yet, according to Volunteering England, a recession is just the time to reaffirm your commitment to volunteering. In fact, the organisation believes volunteering can even offer a way out of the current difficulties. At the end of last year it presented a nine-point Recession Challenge to the Office of the Third Sector, arguing that now is the time to make investment to involve greater numbers in projects focused on building the human capital and individual capabilities for national and personal economic renewal.

Presenting the challenge, Justin Davis Smith, chief executive of Volunteering England, said: "Now, more than ever, volunteering can play a vital role in contributing to the nation's economic and social development. It can provide a route to employment for many, helping unemployed people gain the skills and confidence they need to get back into work or change career paths. In uncertain times, it can also play an important role in contributing to social wellbeing, helping people build a sense of belonging within their communities. Now is not the time to cut back on volunteering to save money."

Of course, it is one thing arguing the business case in relation to your local community, quite another persuading the business that it makes sense to send employees overseas. Even more so if your business is a high-profile one in a sector that is being blamed for the recession and being bailed out by the Government and the taxpayer.

Yet, this is precisely what Lloyds TSB argued when it decided (pre-HBOS merger) to offer its graduate population the chance to take part in a Communitychallenge house-building scheme in South Africa. According to Lloyds TSB emerging talent manager, Kathy Hellings, the decision was a no-brainer. "CSR is a selling point for employers of graduates now. We want our graduates to see how we practise employee engagement and it was a great opportunity to publicise our links with Communitychallenge, and offer the chance to volunteer for this initiative as part of the graduate programme."

With strong sponsorship from senior managers and the HR leadership team, the bank decided to offer the chance to take part in the challenge to all graduates if they came forward with an appropriate business case as to why they felt they should be involved and what they felt they would gain from the experience. Lloyds TSB then chose 15 to send to South Africa.

"Each individual who wished to undertake the challenge was given a contribution towards their fund-raising target," explains Hellings. "In addition, they were granted five days' holiday above their usual annual allowance."

The programme was designed to deliver business benefits, such as cultivating employee commitment, team working, project management and leadership. "The volunteer project required great teamwork and support - both in the initial fundraising and then in South Africa. Once on the one-week trip the volunteers had to put in some hard graft building homes for those without houses and in building effective relationships - they had to be committed to the cause," she explains.

"The project was nine months' long from selection through to fundraising and then the trip itself," she adds. "During this time there were many chances for the individuals to demonstrate their project management, team working, leadership and influencing skills. And the personal rewards from doing this challenge are huge - motivation, the feeling of giving something back to such a worthwhile cause."

This is all very well, but what about measures of success? As the experiences of employees Richard Gladman and Sarah Ardley show (right), the project has helped underline their positive view of their employers. Hellings says feedback from all 15 showed they felt proud to be Lloyds TSB employees.

Based on this, Hellings says future involvement with Communitychallenge looks likely. "We have to consider the current financial climate but as we gather feedback on how the group felt about the experience in terms of their development plus how to improve it for future groups, we'll be in a better position to evaluate cost versus outcome."

See how employees from Simplyhealth got on during a volunteering programme to Brazil.

And for HR editor Sian Harrington's personal experience of a Communitychallenge in India go to www.hrmagazine.co.uk/features

Opportunities like this don't come along very often. So when offered the chance to visit a rural Zulu community in South Africa, and work with the locals to help them out of poverty and contribute to repairing the destruction caused by the Aids virus, while working alongside a great group of colleagues, I would have been crazy not to sign up.

Although we had been well briefed by Communitychallenge in the UK, we travelled to Durban as a group of 15, not quite knowing what the coming week would throw at us. As we were the first team to work in the community of Umgababa, the first day brought new experiences for both us and the locals. We got to work and immediately began getting to know our new colleagues: residents from the village and expert local builders. Any language and cultural barriers were soon brought down, generally through music; theirs a time-honoured Zulu song and ours usually some extract from a Disney musical - all the while digging foundations under a sweltering sun. While watching the house progress was extremely satisfying, a surprising reward came in building relationships with the community and playing with the children of the village when they finished school for the day.

It was a privilege to work with our team, represent Lloyds TSB and bring some hope to such warm people in a community devastated by the Aids epidemic.

As soon as I heard about the Communitychallenge I knew I wanted to get involved. Being able to really help other people while focusing on my own personal development was a great opportunity. For me, there were two distinct aspects: the spent time in South Africa; and the fundraising beforehand.

My aims were to have my eyes opened to a different culture and help those less fortunate than myself, while building relationships and working in a true team. These aims were certainly achieved. I gained an unforgettable insight into a life so different from my own. In the faces of the families we helped it was clear how moved they were, not only to have a home, but that we had travelled so far to help them. The trip was a terrific experience: as we dug foundations, shovelled sand and mixed cement we became a strong team, united by a common goal.

I worked with others in teams, and individually, on fundraising events and activities including a quiz, doughnut sales, a sweepstake, raffles and more. These were excellent ways to build up a network of contacts across Lloyds TSB. I have certainly been able to apply the organisation and planning skills I used to raise over £2,000, in my day-to-day role.

Being able to participate in this excellent opportunity has enhanced my already positive image of Lloyds TSB and I'm sure this is reflected when I've talked about it with friends and colleagues.

Volunteering makes a difference for employees 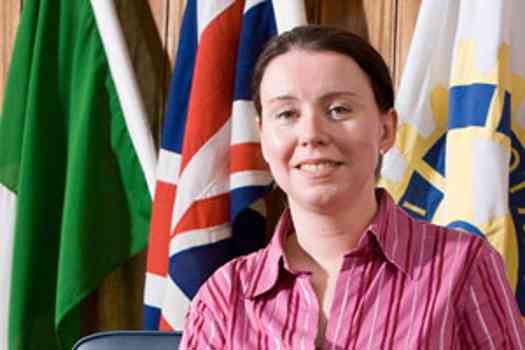 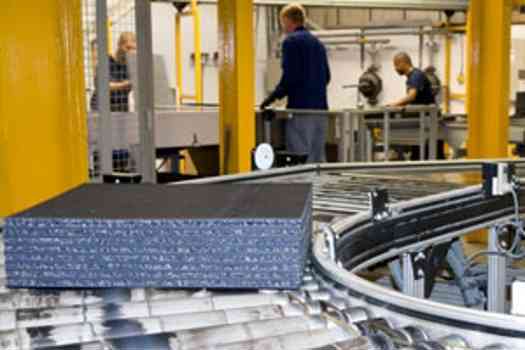 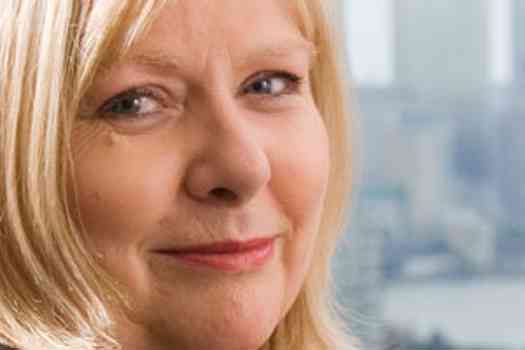 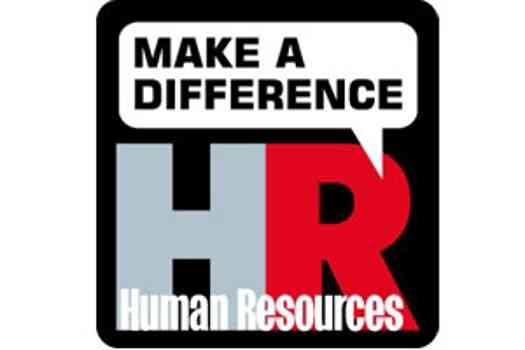