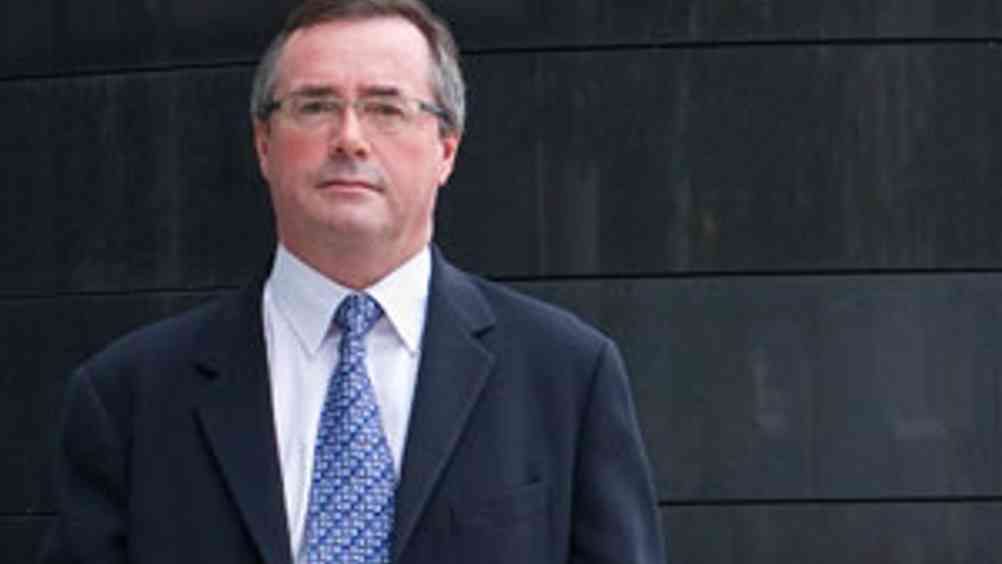 Acas is caught between the feuding Royal Mail and Communication Workers Union, but CEO Ed Sweeney is confident a solution will be found - one way or another.

When Royal Mail (RM) workers go on strike, they don't mess about. In the past decade postal workers have single-handedly racked up more than one million lost work days. During the last national strike in 2007, Royal Mail staff were responsible for two-thirds of all days lost to strikes in Britain that year - bumping up official days lost statistics by 37%. It's little wonder that this year's fracas between RM management and the CWU, despite temporarily suspended till the New Year, still has all the hallmarks of being even more fractious and long-drawn out than ever.

So far, though, one player noticeable by its absence is the body usually found in the thick of it - arbitration service Acas. At the time of writing, RM bosses had rejected Acas's involvement, only allowing it in if the CWU calls off its threat of strikes - something it has so far refused to do.

It's a stalemate, but if the storm clouds of unrest seem to be growing darker, Acas chairman Ed Sweeney is showing no signs of concern. Interviewed on the eve of the first strikes being announced, Sweeney is remarkably chipper: "All strikes settle eventually," he says. "It will either destroy Royal Mail, and that will be one end - or it won't. But our job is to try and find the common ground."

If it appears by this that Acas is already involved, it is because it is - sort of. "We've got three of our top people working behind the scenes with Royal Mail already. We're ready to start." says Sweeney. "It's a difficult situation, make no bones about it, but we are optimistic it can be solved. It's got to be settled one way or another."

As head of a body that is a paragon of impartiality, Sweeney is not about to start airing his personal views about Royal Mail. "We never make public announcements on the rights or wrongs of a strike," he says judiciously. "We will privately - but we don't want the two sides to kill each other." That said, this time he admits he is "surprised" at the level of staff turnout for the strikes: "Something has got to be wrong there," he surmises. "Both sides are locked into their thinking. There is maybe a need for both to let off steam. We may see both camps go well beyond the wire, just to see how far they can go."

Despite repeatedly being asked if Royal Mail will become Acas's Achilles Heel, Sweeney remains confident. "We'll be like the swan, serene on the surface, legs paddling furiously underwater. We've been here before."

There is something stoical about his assurance. "We're not responsible if they can't fix their problems," he admits, but you suspect resolution is a matter of pride. A little-known fact is that Acas actually resolves 92% of cases and recently it launched a 'pre-claim conciliation' service, to nip disputes in the bud - before they even reach tribunal stage. Up until September, 3,500 pre-conciliation hearings were heard, and employers avoided having to go to tribunal in three-quarters of cases.

The truth is that Acas is a brand just like any other - in 2007 marketing bible Superbrands ranked it 220th in the world, and included it in Britain's top 50 brands league, alongside the likes of Sony, Xerox, Microsoft and BT. This is why Sweeney says he wants HR professionals to associate Acas with help and advice rather than as the last port of call for failed HR policy.

"Theoretically, if we exist to improve employer-employee relations, we would increasingly do ourselves out of a job. I can't see this happening in anyone's lifetime, though. If we started from scratch now, and asked if Acas was needed, we would have to say yes."

So why isn't a call to Acas a sign of bad HR? "People come to us in times of difficulty, but going to conciliation is not a failure of HR to get things right," he says. "Outside intervention is always useful. We're not a soft touch, and we should never be the default mechanism for HR; but we can be its support."

When pressed, Sweeney does concede HR has lost some of the skills it had in the more militant '70s and '80s. "I slightly subscribe to this theory," he says. "We carried out research with the CIPD and found only a quarter of members understood what we did. I've made the point to the CIPD that mediation skills are something it needs to tap into. My criticism is not of HR professionals themselves, though, it's more that CEOs don't see them as more important."

Most recently Sweeney has crossed swords with HR directors directly over the new statutory grievance procedures legislation that came into force in April. "God, the number of meetings I had with HR directors," he recalls, referring to the rules that have since spawned numerous column inches of news (see hrmagazine.co.uk). "The point I want to make, though, is that it was HR professionals with the most experience, who understood the thrust of what we were doing - about maintaining the employer/employee relationship, not breaking it," he comments. He adds: "The previous rules really were a disaster - talk about the law of unintended consequences. They were much more likely to push people into litigation than not. These rules are an attempt to put some common sense back into staff/boss relationships. HR professionals will tell us if it works for them, and that is why they are so important to the process. I don't want to be critical of HR, but if they don't know about the new code by now, it is a failure of their profession to take it seriously."

On the day HR magazine interviewed Sweeney, more column inches were being created by Anthony Hilton, City editor of the Evening Standard, speculating that Royal Mail could be just the tip of the iceberg when it comes to a new year ahead for militancy, tribunals and strikes. "I don't see this happening," counters Sweeney emphatically. "I don't think we'll see a mushrooming of vexatious cases. People are finding other ways to protest - such as taking more days off. Good HRDs will see their way through most things by themselves. I'm more worried about the direction we'll see in employee relations legislation, and the growth I've seen in individual rights."

I suspect this latter topic is a favourite. "The more people are given rights, the more employers have to expect they'll exercise them," he says, more than once in this interview. "At the end of the day, that's why I know Acas will always exist. HR is about having a suite of skills, including knowing when to ask for advice. God forbid if HR people actually become employment lawyers themselves. That's not their role." 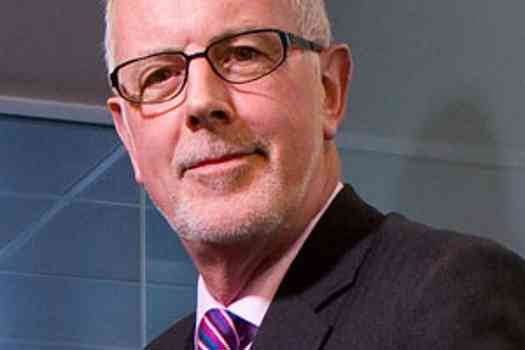 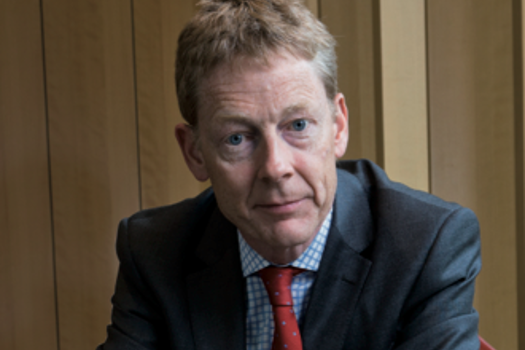 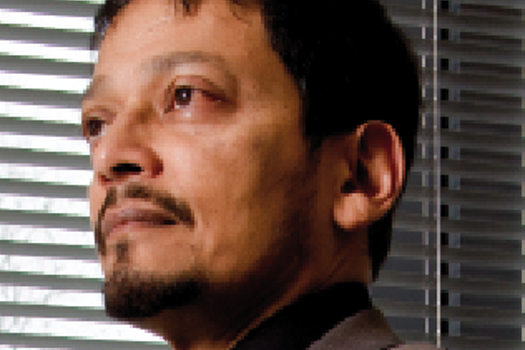 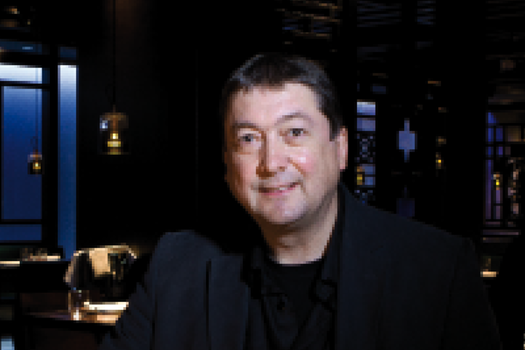 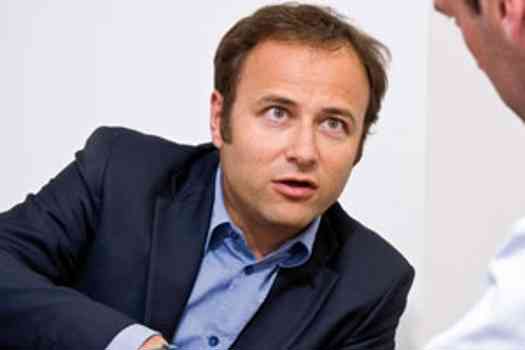