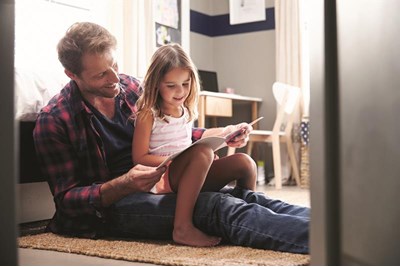 Men working flexibly and taking an active role in childcare has a positive impact on female career progression, according to research from Avenir Consulting, conducted in partnership with the 30% Club and Henley Business School, seen exclusively by HR magazine.

Nadia Nagamootoo, director of Avenir Consulting, explained that the research confirms what some already suspected. “Many of the findings were what most people might imagine to be the case. For example, if a man takes an active role in childcare his wife or partner will have more opportunity to progress her career. But this research helps to substantiate the claim and quantifies the impact.”

Men should increasingly be included in conversations about equality, according to Helena Morrissey, chair of Newton Investment Management, chair of the Investment Association and founder of the 30% Club. “The research strikes a chord with so many organisations who are struggling to get women into senior positions and offers a solution to gender equality that is rarely considered – that we need to focus on men,” she told HR magazine. “We’ll only achieve inclusivity in the workplace when men feel it is acceptable that they are active at home, which then allows their female partner to balance her work and family too.”

Gary Cookson, HR director of Trafford College, is the father of three children. He believes it should not be for any one party to take the only active role in childcare. “Being the main caregiver can impact greatly on career progression, but it goes both ways,” he said. “I would imagine male career progression would suffer if more men were the main caregiver. I think this says more about the role played by main caregivers and the view that many employers have about that, rather than anything gender-specific.”

The research found that 42% of men who worked flexibly were satisfied with their work/family balance, compared with 26% of men who did not work flexibly.

“Feeling supported and being given the autonomy by their organisation to work in a way that meets business needs, but also works for them, reduces the conflict between mens’ jobs and their family life,” explained Nagamootoo. “It highlights the significance of the interrelationship between the organisation, the father, his wife or partner, and children. This made me think about the responsibility organisations have not just for the employee at work but at home too.

“The business case is clear,” she added. “Embracing a flexible working culture enhances job satisfaction and the likelihood that talent will stay in the organisation. Not only do [employers] benefit from a happier and healthier workforce, it also creates more diversity by creating a level playing field for men and women – both working in flexible ways and therefore taking the unconscious bias off the table.”

Cookson said that flexible working should be available for everyone, not just parents. “Employers should recognise the engagement value of flexibility and make it the default option; you’re automatically flexible and its normal for all, including for non-parents,” he said.

He added that flexible working can be used to manage stress. “I manage my stress in a variety of ways but flexible working enables me to do so more effectively,” he said. “I’m not sure how I’d cope if I couldn’t work flexibly. I’m more productive because of flexibility, and more engaged and happier.”

Looks like they are lots of benefits with this change in perspective...