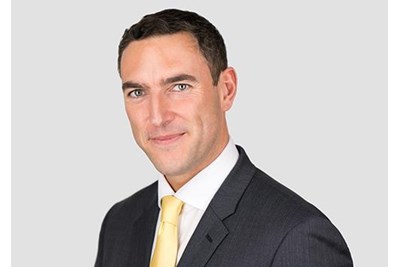 A coalition of business and education bodies last week (17 July) called for the prime minister to lower the salary threshold for foreign workers in the UK from £30,000 to £20,000.

The immigration whitepaper, published in December 2018, outlined the government’s plans for a new immigration system to be introduced from January 2021. This includes revised minimum skill levels for overseas-sponsored employees along with procedural changes e.g. the abolition of the monthly quota and the Resident Labour Market Test (RLMT). One area that has been problematic is that of minimum levels of pay.

At present sponsored workers must be taking on a vacancy at Regulated Qualifications Framework (RQF) Level 6 or above unless the job is a creative sector occupation in which case the skill level is RQF Level 4. This does not mean the individual needs to be educated to this level; it means the job is at this level. An RQF Level 6 role is generally degree standard and includes such roles as senior business professionals, scientists, teachers, doctors, engineers, IT specialists, legal and finance professionals and architects.

Unless exemptions apply such as for ‘new entrant workers’, the minimum salary for sponsored workers is currently £30,000 or the ‘going rate’ for the job in question (as per Appendix J of the immigration rules), whichever is higher.

Since the whitepaper was published there have been many discussions between the government, its advisors, and business and educational institutions on what the new minimum level should be. Suggested figures vary between £20,000 and £30,000 and we could have to wait until the beginning of 2020 before knowing for certain. What is currently understood is the minimum skill level. Bucking the trend of increasing the skill level since the turn of the decade, the government is planning to drop this back to RQF Level 3 (a level not seen since April 2011).

This is very good news for employers who have had great difficulty in filling medium-level vacancies. In effect the opening of jobs at RQF Levels 3 and 4 increases the number of occupations eligible for sponsorship by 142. According to the Migration Advisory Committee (MAC), the body that advises the government on immigration policy, this would increase the share of existing employees’ jobs that meet the baseline criteria by around five million. Example jobs that could be offered to overseas employees include restaurant managers, hairdressing managers, technicians, sales executives, pig breeders, pipe fitters, roofers and senior care workers. These jobs have a lower ‘going rate’, with the majority averaging between £18,000 and £21,000 per year.

Lowering the salary threshold makes sense when lowering the skill level as £30,000 minimum per year does not correlate with a senior care worker's pay, which is around the £16,700 a year mark. Lowering the minimum salary to £20,000 would still price out overseas skilled care workers unless the demand meant the settled population’s salary was raised accordingly.

The main concern comes with the UK’s expected departure from the EU and the possibility of an extra half a billion more people having entry restrictions to the UK and requiring an RQF Level 3 vacancy to enter. Those who need sponsorship will not have to contend with an immigration cap or the RLMT (evidence of advertising the vacancy) and can benefit from lower skill levels and lower salary requirements. With this in mind employers can benefit from searching the global market for talent with much less justification. Although freedom of movement is due to end for EU/EEA citizens and headline quarterly figures for net migration will change, sponsorship will take over as the majority of EU citizens entering the UK in the past 12 months have had a definite job to come to.

There are mechanisms in place to slow the reliance on overseas talent, the main one being the Immigration Skills Charge, a blunt instrument of a levy that employers need to pay for sponsoring workers from overseas. This is an upfront charge and is based on the size of the employer; £364 per year of employee sponsorship for small organisations and £1,000 per year of sponsorship for medium/large organisations. Although this has been in place since April 2017, because of skills shortages and the economic conditions the number of sponsored workers in the UK continues to grow.

The obvious answer and long-term plan is to upskill settled workers, but this could take decades. A shorter-term plan could be to introduce the lower end of the minimum salary e.g. £20,000 for key workers and skills shortages only. Although this could be assessed on a regional basis (which is currently extremely limited), it is accepted that this will be difficult to action and will move away from a desired and simplified immigration system.

Better use of existing data held by the Home Office can improve understanding of regional variations in earnings trajectories and help in the future, but as the MAC confirms for now there is no way to change the migration system without creating winners and losers.