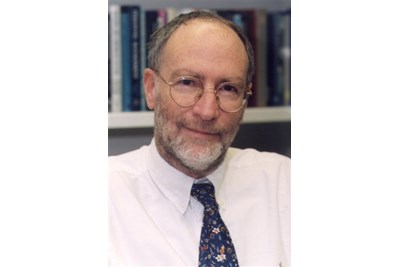 A culture of "all work and no play" in the UK is damaging family life, causing high stress levels, cutting time spent with loved ones and creating an inability to switch off from work, according to a study.

The study of more than 1,000 working parents, commissioned by health cash plan provider Medicash found 83% of them felt guilty about the time they spend working, 50% said it had a negative impact on relationships with their children. Nearly half (46%) said it caused problems in their relationship with their partner and caused them to neglect friends (25%).

Cary Cooper (pictured), professor of organisational psychology and health at Lancaster University and HR magazine's number four Most Influential UK Thinker 2012, said the findings showed how important it was to "maintain a work-life balance", and that flexible working helped employees to feel "less guilty" about how they spent their time.

"If we are slaves to work, our family life seems to suffer by default," said Cooper.

"We need the joint responsibility to promote a healthier, happier lifestyle; organisations must actively promote flexible working and employees need to take advantage of that opportunity - work smarter, not longer should be our mantra."

Cooper added: "Increasingly we are seeing employees turning up to work ill and delivering little added value. Presenteeism does not enhance but undermines productivity."

The study also revealed that heavy workloads were responsible for increased stress, with more than 60% of respondents saying they found it difficult to switch off from work when at home.

According to results, those most likely to feel guilty about working long hours are in professional services (29%), who were also the most likely to work on a family holiday (56%), and have children complain about their overworking (22%).

Cooper said: "Given the pressures on people with increasing workloads, the demands by clients for the completion of work instantaneously and the ability to interface with people 24/7 through new technologies means it is vital people find time for their family during the weekends, family holidays and at least two to three nights a week."

The study also revealed the UK had some of the longest working hours in Europe. UK workers on average spent 1,625 hours a year at work, and more than 3 million UK employees worked more than 48 hours a week.

Sue Weir, CEO of Medicash, said: "The results of the study are very troubling, revealing that a healthy work-life balance may be hard to come by in today's economy.

"Pressures of increasing workloads and job insecurity can be seen as the principal causes of a culture of overworking, which is creating problems for the family unit in Britain."