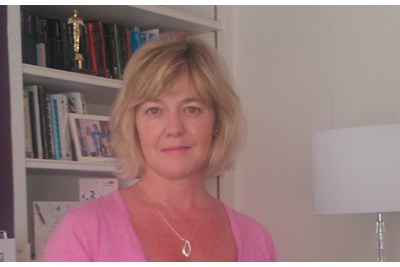 As the world of work has changed, the role of human resources has evolved significantly. It is important to understand the historical backdrop, because it has been fundamental in shaping what HR is today.

So far, we charted the progression of the function up to the 1980s. During that decade opinion around US-style human resource management was polarised. 'Hard' and 'soft' approaches were beginning to emerge.

The debate surrounding HRM continued during the 1990s, but gradually more people management positions began to be referred to as HRM rather than personnel. There is much discussion about whether HRM roles were truly different in nature to personnel and the answer lay in whether the nature of the job had truly changed. HRM was considered to be a more strategic, proactive and integrated approach to the management of people, focusing on the longer term goals of the organisation.

One of the biggest challenges remained a lack of HR presence at senior management level.  Without this, while HR activity could be aligned to the business strategy, there were limited opportunities for HR to influence and shape the direction of an organisation.

At the end of the 1990s David Ulrich threw down a challenge to the HR profession, which he stated had become “often ineffective, incompetent, and costly; in a phrase, it is value sapping”. Ulrich highlighted that a focus on process and efficiency often took priority over outputs and the resultant added value. He stated: “HR should not be defined by what it does but by what it delivers – results that enrich the organisation’s value to customers, investors, and employees”.

During the 2000s, we started to witness organisations and the HR profession responding to the Ulrich challenge. In addition, rising expectations of the function in terms of contributing to strategy and adding real value, coupled with business growth and drives for greater cost-efficiency saw the rise of the ‘three-legged stool’ or ‘three-box’ model for HR. In most cases this has meant a division of HRM into three key areas: firstly HR business partners (or strategic partners) working closely with specific business areas to provide people-related interventions to achieve business goals. Secondly, centres of excellence, usually small teams with functional expertise such as employee relations or reward management. Finally, an area of shared services providing the day-to-day transactional/administrative area of HRM, usually centralised at one location but sometimes outsourced for efficiency.

While this model has clearly been very significant in our story (the number of jobs now advertised as business partners rather than HR managers reflects this) we shouldn’t over-estimate the reach of this model. The CIPD HR Outlook (2012-13) stated that: “The most popular model is a single HR team with a mixture of expertise, which is employed by four in 10 businesses (41%).”

Whatever the structure of HR, the 2000s included a focus on identifying HRM practices that could demonstrate a clear value-add for organisations. In 2003, the first results from what are now referred to as the ‘black box’ studies were published and were greatly influential in shaping approaches to HRM (Purcell et. al.). These studies sought to explore the link between people management activity and the performance of organisations. There were three key findings:

HRM has a clear role in facilitating that clear line of sight between the overall values and goals of an organisation and what the individual employee recognises as their specific contribution. An ongoing challenge for many businesses appears to be getting line managers to bring HRM policies and practices to life.

In January 2009, the UK entered recession for the first time since 1991. For companies in a wide range of sectors, the past few years have proved to be extremely challenging. More than ever the effective management of performance at an organisational, team and an individual level has been vital not only for success, but for survival. Driving performance, and getting the best out of what is quite likely to be a reduced number of employees, places effective HRM as a central priority for organisations today.

Check back tomorrow to read about HR's current position, and its future direction.