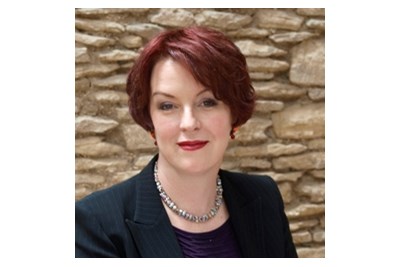 Intensity in leaders is a sought-after trait. Intense leaders are highly energetic, have tremendous drive to get things done and an unrelenting focus on achieving goals that galvanises others into action. In a growth economy, when there’s lots of opportunity, intense leaders can be inspirational to work for and with. However, there is a dark side to intensity.

This dark side often emerges when times are tough, when there is less opportunity for growth. Because the feeling of intensity can be almost addictive to the leader, they constantly strive for this sense of authority and control, often to the detriment of themselves and definitely to the people they work with.

For HR specialists it is important to identify the characteristics that mark out intense leaders, both for when the positive characteristics are present, but also to help the leader themselves understand when the dark side emerges.

Yet, there is often a blind spot for leaders in understanding the dark side of intensity. They can attribute their success to their intensity. They will have achieved fantastic business results, been sought after for their creativity, drive and work extremely well with their team. Their approach has always delivered so they keep on using the same tactics.

In practice this can mean that, unbeknown to them, leaders can become too demanding and controlling. Instead of inspiring and engaging people, they begin to bulldoze their team. Often this will materialise as micro-management.

Leaders exhibit frustration at a lack of results. This is a common place characteristic of leaders, but a hallmark of intensity is that leaders refuse to accept the situation and be flexible in their response to understand. They end up driving and demanding more and more from their team.

When out of room to manoeuvre, the laser like focus of intense leaders stays on full beam, drilling down into each individual and their area too strongly and too long.

Leaders unconsciously push harder and harder, trying to recreate the sense of exhilaration for themselves that comes from zest and drive. They might be blinded to the subtle resistance that starts to build up around them.

The team starts to feel undermined, undervalued and in some cases bullied. There will be a rise in complaints about leaders from previously high performing teams. At this point the situation has already become critical and will need to be quickly and assertively managed.

Leadership starts with the real ability to lead oneself first and foremost, before one can lead others. Daniel Goleman in his book 'Working with Emotional Intelligence' names these as the first two components of leadership as self-awareness and self-management. Coaching can be one of the valuable tools used to help leaders increase their awareness of self.

Leaders will need to understand the reasons behind their constant pushing, which can be a desire to get back to the bright side of intensity. There can often be the internal fear of not delivering on goals and importantly, that their own sense of competence is challenged. Because intensity had always been equated to success, this is often the first time that the leader's ability to deliver is under threat.

Intense leaders, just like any other leader, will need to recognise when their intensity is running the show. Now in these very different market conditions leaders will need to learn to deploy the intensity differently and to learn when and how to dial it down and replace it with other forms of motivation, for example where leaders consciously move from driving to coaching team members. This requires a new form of patience and a slower pace of action.

Allowing the dark side of intensity to get out of control will erode trust in the leader. Hearing feedback on their behaviour is particularly hard but also eye-opening. The support of the HR department is crucial during this stage, as leaders battle to regain the trust of their team.

It is important though that intense leaders do not overcompensate for their style. The bright side is still a positive force for good and motivation when deployed judiciously. It does require self-awareness to know when and where the line between the bright side and the dark side of intensity emerges, and this is where HR can be an invaluable resource.