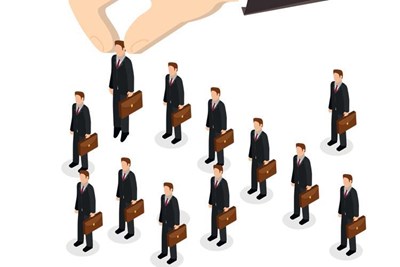 I aim to dispel three myths about talent management based on emerging research in the area. Firstly, I explore the nature of performance in contemporary organisations and show that many continue to operate with a flawed understanding of the distribution of performance between individuals. A second key question concerns the transferability of performance when a high performer moves from one business to another. Finally, I challenge the traditional assumption of employee attrition as a zero-sum game and call for a greater focus on alumni networks and consideration of rehires.

Talent management has become a key focus for HR leaders globally. Arguably, it has also given people issues more traction in the C-suite as leaders appear to have bought into its potential strategic nature. However, in many ways talent management has failed to live up to the hype it has generated, leading to scepticism among practitioners and academics alike. This is reflected in surveys such as PwC’s CEO Pulse, which consistently identifies lack of critical skills as a key constraint on the growth prospects of businesses globally. A recent Mercer survey found that more than 80% of organisations feel that their talent management programmes and practices need a complete overhaul. It appears that talent management is yet to reach a level of maturity where it can truly deliver sustainable performance benefits in many organisations.

Myth one: Performance is normally distributed

On the back of McKinsey’s bestselling volume The War for Talent and high-profile advocates such as former chairman and CEO at GE Jack Welch, a fundamental assumption about talent management when it first emerged was the idea that performance is normally distributed across employees. This was exemplified in the notion of forced performance distribution. Also known as rank and yank,

this approach worked on the assumption that managers were often reluctant to differentiate between employees in performance appraisals. Managers were supposedly limited to rating a set percentage of employees (generally 10% to 20%) as A-players, with the majority being ranked as B-players, and the remaining percentage (generally 5% to 10%) as C-players. The assumption is that performance in any context is normally distributed with most people as average performers, a smaller percentage of star performers, and a broadly similar proportion of poor performers. A-players were disproportionately rewarded and offered greater developmental opportunities, the key objective being to continually move the performance curve and manage poor performers out of the organisation. This approach became widely adopted and informed many early and enduring methods of talent management. While the so-called performance management revolution has arguably diffused the impact of forced distribution to a degree, some underlying assumptions around the nature of performance undoubtedly prevail.

However, more recent research challenges the idea of a normal distribution of performance. These studies suggest that a key group (approximately 20%) of employees deliver the vast majority of organisational performance (as much as 80%). This reflects a power or Pareto distribution and exemplifies that knowledge-based work is less constrained by the limitations of machinery or other tools that tend to hold back exceptional performers. In practice the number of top performers may be slightly higher than a normal distribution would suggest, but they contribute far more output than traditionally assumed. The presence of such high-performing stars also shifts the average to the right of the distribution compared to a normal distribution, with significant implications for what the mean performance looks like. In this distribution the vast majority of performers actually fall well below the mean.

With the breakdown of traditional internal labour markets and falling organisational tenure, firms are increasingly turning to external hires to fill key talent gaps. Some analyses suggest that as few as a third of hires are now internal. Recruiters use

high performance in previous jobs as a key indicator of the potential for high performance elsewhere. However, research across a range of organisational contexts confirms the challenge of transferring high performance from one employer to another. Research also found that external hires are costlier, with Matthew Bidwell’s work showing that in financial services such hires were typically paid 18% more than internal hires in new roles.

One of the leading contributors to our understanding of this area is Boris Groysberg at Harvard. Across a variety of contexts his work has demonstrated the challenges of external hiring. For example, in tracking star stock market analysts over almost a decade he found they failed to maintain high performance when they changed organisations nearly 50% of the time. Worryingly, their performance fell by an average of 20% and it took up to five years for it to return to the levels seen before the move. Another study examined the performance of GE executives who were hired as CEOs of other organisations between 1989 and 2001. This study, focused on 20 such moves, found that hiring a former GE executive as a CEO had a positive impact on the share price in all instances. However, very different stories emerged thereafter. When the systems and culture of the new organisation were similar to those of GE the returns were positive (outperforming the market by about 14%). But when the systems and culture of the new organisation differed from those of GE, and the skillsets of the executives were mismatched, the returns were significantly negative (more than 40% below the market). Such results have broadly been replicated in other studies looking at external hiring in financial services and CEO successions more broadly.

The main implication of this stream of research is that context is fundamental to high performance. Even work looking at the same employee doing the same task in different contexts points to different outcomes based on the context. This reflects the importance of firm-specific knowledge, social capital, internal networks, and a firm’s resources in delivering high performance. In the case of stock market analysts this could be things like company reputation, sophisticated computing capability, the quality of research, marketing teams supporting the high performer and so on.

One of the most hotly-tracked talent metrics is employee attrition. Usually based on a single figure, the objective of most organisations is to keep this number as low as possible. However, this is in many ways a futile exercise and our experience shows that businesses are re-evaluating their approaches to managing attrition. There is little doubt that average employee tenure is falling. While the UK does not collect official data on this, estimates of average tenure suggest about five years. This has led one leading commentator to declare ‘the war for talent is over, talent has won’.

Re-evaluating attrition requires a more nuanced understanding of turnover. Key questions include: who is leaving and where are they going? In relation to the former, retention by performance level, variations across functions, or peaks associated with particular leaders provide key insights. Similarly, leavers from areas of the business that are contracting are potentially less of a concern than critical areas. Organisations should invest greater resources into retaining higher performers. A second key consideration is where the leavers are going. Deepak Somaya and Ian Williamson’s work provides some fascinating insights on this question. They show that some leavers join what they term ‘co-operators’ – potential clients or partners. Clearly when these employees leave they take their expertise with them, meaning a loss for their former employer. However, if their departure is managed effectively they may retain their links with old colleagues. This may lead to these individuals remaining positive advocates for the firm, providing insights to former colleagues on key trends, or potential business relationships with the new company down the line.

The potential for these former employees to return as a boomerang hire is also increasingly recognised. This involves a mindset shift for many organisations. Despite the potential advantages of rehires, historically many businesses have steered away from former employees as a recruitment source. This is illustrated in a recent survey that found some 50% of respondents had an explicit policy against rehiring. Although research evidence on rehires is scant, it does point to a performance advantage for such people when they return, particularly when they have been gone for a short time. This is a key group of potential talent that organisations increasingly need to monitor and maintain relationships with to deliver on this potential.

Building talent systems and processes based on the assumptions of normal performance may have significant negative implications. For example, some exceptional performers may be designated as B-players because of the limitations of the normal distribution. This could have significant implications for their motivation and performance. Equally organisational systems and processes could impede star performance as they may have been set up without understanding how productive such stars could be. Similarly, reward and other programmes should reflect the potential contribution of such employees.

Research on the portability of performance reinforces the value of developing talent internally where possible. When recruiting externally it is important to evaluate fit with the culture and structure of the hiring organisation. Businesses are increasingly identifying pipeline employers where there is an established track record of sourcing effective hires owing to such similarities.

In reconsidering the nature of employee attrition organisations should carefully monitor turnover in terms of performance levels, difficulty of replacement, and destination employer. If employees leave to join a co-operator there may be significant merit in maintaining relationships with those individuals. Several consulting firms make major investments in alumni networks with the express aim of maintaining links and building potential working relationships with other firms. Such former employees should also be viewed as potential hires when roles open up within the business again.