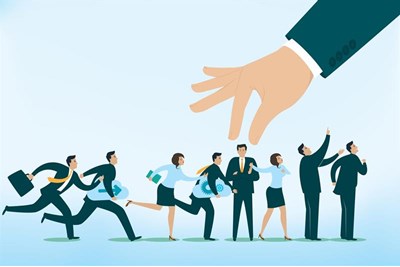 Nearly six in 10 (59%) UK workers are considering moving jobs in 2017, according to the 2017 Job exodus trends report from Investors in People.

This represents an increase of 10% since 2016, the highest percentage increase since the poll began in 2014.

A quarter (24%) of workers are already actively hunting for their next role, while 34% have not yet started looking. Pay was the most common complaint employees had with their current position, with 51% of respondents claiming it is one of the main reasons they’re looking to move. This was a 7% increase on 2016’s survey results.

When asked what the most important qualities are in a new employer jobseekers cited competitive pay (67%), the work being enjoyable (64%), benefits (44%), and employer reputation (42%).

However, more than a third (35%) said they would choose flexible working over a 3% pay rise.

Paul Devoy, head of Investors in People, said the results were unexpected. “We were expecting to see British workers planning to stay put in the face of economic uncertainty,” he said. “But we’ve seen exactly the opposite: a significant rise in people seeking to move employers in 2017 and a jump in jobs confidence. Workers are telling us they want to move for better pay, better management and flexible working. This sends a clear message to British business to invest in your people or risk losing them.”

In separate research from software company Peakon a quarter (24%) of those looking for a new job cited career change as the primary reason.

Dan Rogers, co-founder of Peakon, explained there has been a shift in attitudes. “Employees place less value on status or materialistic offers than they once did,” he said. “Instead more workers are prioritising the employee experience and pursuing careers that they consider fulfilling.

“Businesses may have assumed that offering a hefty pay rise or promotion would see them retain employees who are looking to leave, but this is no longer the case.”