Right to request fixed hours welcome, but enforcement will be key 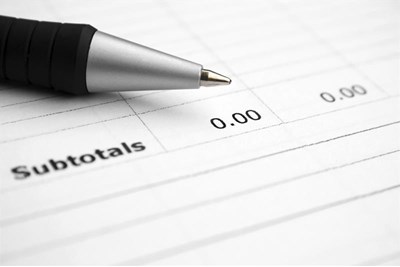 HR and employment law experts have welcomed Matthew Taylor's predicted call for those on zero-hours contracts to be given the right to request fixed hours, but sounded a note of concern around enforcement.

It is believed that RSA chief executive Taylor, who is leading the government-commissioned inquiry into controversial modern working practices, will warn the government that some workers are being exploited by businesses through zero-hours contracts.

Peter Cheese, chief executive at the CIPD, was among those welcoming the news of Taylor's predicted approach. “Introducing the right to request fixed hours from their employer is a sensible way of enabling zero-hours workers who want more certainty over their hours to raise the issue with their employer,” he said.

“Allowing workers to request more consistent hours of work builds on their existing right to request more flexible hours of work, and is a logical step. Employers could still refuse requests for legitimate business reasons, but this proposal is a practical compromise.”

Michael Ryley, employment partner at Weightmans, also welcomed indications of a balanced approach. “At the heart of the gig economy debate is the need to protect access to legitimate flexibility, which can benefit both businesses and employees, while clamping down on unscrupulous employment practices,” he said. “The latest proposals are a welcome sign that the Taylor Review is taking a balanced approach that will avoid taking the steam out of an energised part of the economy, while closing a gap in the employment protection net that is open to abuse.

“By placing the onus on the worker to trigger a review of their hours, the proposals would allow employees that are happy to work without agreed hours to continue the arrangement unchallenged. This is a much more flexible way to address the problems that can be caused by zero-hours contracts than an outright ban.”

However, employment partner at McGuireWoods Dan Peyton told HR magazine that without ways to enforce the right, little might change, as employers could simply refuse requests. “Without an effective enforcement mechanism for those who make the request and perhaps fear the consequences of pursuing their rights, there may still remain situations where vulnerable workers are forced into such contractual arrangements by market conditions and the need for work,” he said.

“In the case of flexible working requests, for example, a maximum award of up to eight weeks’ pay (capped) is available to employees, unless they can also make out an unfair dismissal or discrimination claim of some sort. Reliance on a ‘process’ such as this is likely to work only to the extent that the punishment or remedy available matches the wrongdoing and damage caused by it.”

Zero-hours contracts have featured strongly in the 2017 political party manifestos. The Labour party has called for a ban on the contracts, while the Liberal Democrats pledged the introduction of a right to request a fixed contract.

Taylor's review is due to be published in June.