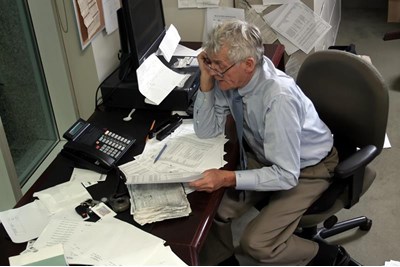 Only 12% thought older people were appreciated and respected at work

Older employees face a lack of support and negative stereotyping in the workplace, according to research from Canada Life Group Insurance.

The survey of 1,004 UK workers found that 22% believe there is a negative stereotype or stigma surrounding older workers, and only 12% thought older people were appreciated and respected at work.

However, only one in five (18%) thought that the government was not doing enough to promote older people in the workplace, and just 11% thought employers were encouraging their older workforce to stay.

More than a third (35%) of those polled said they were concerned that an increase in older workers could prevent younger people from climbing the career ladder.

Patrick Thomson, senior programme manager at the Centre for Ageing Better, stressed the importance of dispelling this myth.

He said the Centre’s own research had found older workers are more likely to stay in work if they think their work matters, their employer supports them, and their needs are taken seriously. “But, for a variety of reasons including age discrimination, this doesn’t always happen,” he said.

“Older workers are also more likely to have health conditions or caring responsibilities that employers need to be mindful and respectful of as well as flexible towards. Older workers who have access to support find it easier to balance working and caring, are more loyal to their employer, and are more likely to remain in work. Employers need to support carers and people with health conditions, and provide workplace adaptations for those who need extra support.”

Paul Avis, marketing director at Canada Life Group Insurance, said employers should start thinking about how their workforce is changing.

“As our population ages and the traditional retirement age becomes a distant memory, it is inevitable older employees will become more commonplace in the UK workforce,” he said. “This is arguably a positive change, allowing employers to capitalise on the skills of multiple generations. However, a persistent stigma and lack of respect for older staff threatens to affect this type of worker’s wellbeing and productivity.”

The Canada Life survey coincided with a call from the World Economic Forum that employees continue working until 70 in rich nations such as the UK, US, Japan and Canada. This increase will be needed, it said, as the number of people aged over 65 will more than triple to 2.1 billion by 2050.