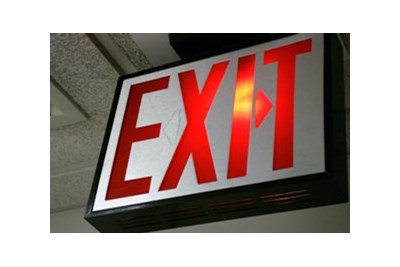 People don't quit companies, they quit people! I am surprised it is only 4 out of 10 considering the impact a boss can have on an employee. I've experienced manipulative managers, deceitful ...

Most common complaint about bosses is leaving workers feeling under-appreciated

More than four in 10 (42%) employees have quit a job because they had a ‘bad boss’, according to research from lead generation company Approved Index.

The researchers found that the most common complaint about bosses was leaving their workers feeling under-appreciated – cited by 40.76% of respondents. Overworking their team (39.96%) ?or expressing favouritism for other team members (34.64%) were also common criticisms.

The worst industry for ‘bad bosses’ was recruitment, where 100% of the employees surveyed said they had left a job because of their boss. The travel and tourism (76.92%) and marketing and PR (63.13%) sectors also had high rates of workers walking out over poor management.

The industries with the least 'bad bosses' were research, where only one in five (20%) employees had left because of their boss, followed by engineering (30.3%), and graphic arts and design (30.77%).

HR came out on top when it came to trust, with 93.75% of respondents employed in this field claiming they trust their boss. The least trusted bosses were in the real estate sector, where only 50% of employees claimed to trust their managers.

Trilby Rajna of Approved Index said that these results are concerning. “With developments in technology it has become difficult for employees to disconnect from work when they leave the office,” she said. “If on top of that their working environment is sullied by a horrible boss, that’s a huge part of their day spent feeling miserable and stressed.”

Helen Durkin, employer brand manager for Dixons Carphone, told HR magazine that she is not surprised by these figures. “It is well known that the majority of employees leave managers rather than companies,” she said. “Managers are the gatekeepers to your employer brand and candidate experience; they can make or break it. It is vital to have good leaders who inspire their people each and every day and live and breathe your brand.”

People don't quit companies, they quit people! I am surprised it is only 4 out of 10 considering the impact a boss can have on an employee. I've experienced manipulative managers, deceitful dictators, and crazed co-workers so often in my career that I wrote a book about it. Read Dirty Secrets of the World's Worst Employee and tell me if you would have quit! http://www.amazon.co.uk/Dirty-Secrets-Worlds-Worst-Employee-ebook/dp/B015ULPGXY/ref=sr_1_2_twi_kin_1?ie=UTF8&qid=1445433560&sr=8-2&keywords=jenn+sadai