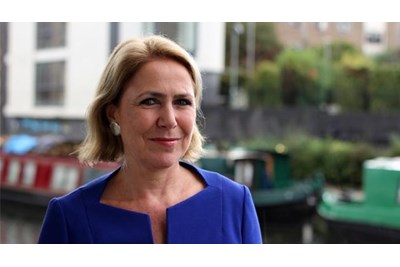 It has been reported that an ‘epidemic’ of email checking is damaging our health and productivity – having a particularly acute impact on mental wellbeing. Given the significant pressure on today’s employees, this comes as no surprise. We are working harder and longer than ever before.

Aside from rising levels of common mental health conditions such as stress, depression and anxiety among employees, there remains a damaging culture of silence around mental health. People are reluctant to talk openly about the issue for fear of stigma and discrimination, despite the fact that one in four of us experience symptoms of mental ill health in any given year. This is not only causing a huge amount of personal suffering, it is also costing UK employers £26 billion annually.

This is becoming such a critical issue that society can no longer afford to ignore it. Senior politicians and medical experts have called for greater focus on mental ill-health as its prevalence becomes increasingly clear.

There is also pioneering leadership on mental health from businesses, which is truly exciting. In 2014 Business in the Community (BITC) launched its inaugural report, Mental Health: We’re Ready to Talk, which set out the case for tackling the culture of silence around mental health at work. Our report Mental Health: We’re Ready to Talk – One Year On, published in April 2015, showcases the progress of this campaign in its first year. We’ve seen remarkable advancements, with 14 businesses implementing changes that collectively have the potential to impact nearly half a million employees.

Strategies range from new, dedicated programmes to embed the promotion of positive mental wellbeing into business strategy and organisational policy, through to companies appointing mental health champions at boardroom level to communicate their company’s work in a public forum. More than 30 BITC members have pledged their commitment to improving mental health at work by signing the Time to Change pledge.

More and more organisations are putting a stake in the ground by talking publicly about mental health and sharing best practice – united in a desire to improve the lives of employees. This is being led right from the top, with an increasing number of senior leaders speaking out about the importance of positive mental health.

Building on the expert insight of these companies, BITC has also launched a new Wellbeing membership offer to help any organisation – public or private, large or small – improve their own offer to employees.

Change hasn’t just been confined to large organisations either. Forster Communications – which is working with us on the campaign – has introduced free subscriptions to a mindfulness app to help people better manage their stress levels, at the same time as running resilience workshops. It has taken an integrated approach covering environment, support, training and social interaction, which is something any business can do.

Across the business spectrum, real change is happening. Mental Health Awareness Week (11-17 May) provides us with an opportunity to reflect on the progress that has been achieved, and also to consider where we need to focus our efforts.

Over the coming year we will be building on business-led expertise to produce dedicated research and guidance on the role of line managers, who are critical in delivering proactive mental wellbeing support interventions, as well as ensuring the general wellbeing of their teams.

Louise Aston is wellbeing campaign director at Business in the Community