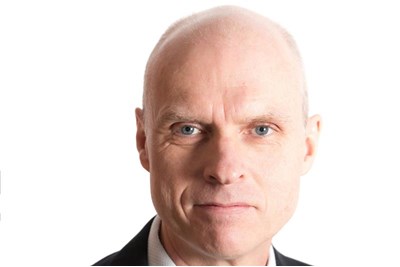 Early on in my career I walked into my new boss’ office – it was my first day of my first people management job and I was full of excitement and anticipation. He sat me down and said ‘your job is to get the unwilling to do the impossible for the ungrateful’. Tough love, but when I reflect on his words I think of the challenges leaders face today. The changes we face now are seismic and the degree of uncertainty feels unprecedented; driven by economic, technical and political upheaval on a global scale.

If organisations are to embrace the disruptive effects of change and seize the opportunities it brings, then those at the top have to navigate employees through what are often choppy waters without losing trust, and inspire staff to stay resilient and productive despite the changes.

More often than not change initiatives fail – ‘more than 70%’ is a frequently quoted stat. A number of factors influence failure rates: such as setting unrealistic objectives or not giving the change effort enough resource, but the trigger that appears time after time is a myopic focus on the rational as opposed to human factors.

The truth is organisations don’t change people do, and effective leaders embrace the art as well as the science of change. Leaders often neglect the human elements that accompany major transitions, including the multiple vested interests that can create obstacles and resistance to change.

Most organisations are complex because of the motivations and mindsets of people, which add nuance and uncertainty into how the business works. This complexity means the change leader’s role requires understanding what makes people tick and then using that knowledge to inspire and motivate those affected.

In my experience there are four things that change leaders must do with energy, passion and authenticity – they must inform, engage, enable their people, and build trust.

Many organisations operate differently compared to even a decade ago. The tall hierarchies through which leaders pushed directives are being replaced by flatter, cross-functional and cross-border models. While these models deliver improved agility and collaboration they make employee communications challenging. Communication methods have to adapt and create the mechanisms for open dialogue, collaboration and a trusting environment in which colleagues are comfortable voicing feelings and concerns – ‘stand up speak up’ is a rallying call often heard. Those leaders who assume their employees will accept change simply because they are told to are destined to be in the 70% club.

Leading through change is a contact sport. Effective leaders are transparent and listen to their teams; generating dialogue and helping those affected by the change feel respected and involved. Engagement like this significantly increases the likelihood of sustaining change over time as it creates a sense of ownership and improves the quality of decision-making.

When resistance to change occurs leaders should see this as an opportunity to engage and explore the reasons, rather than adopt the traditional ‘heroic’ approach of defeating it. The words of a now-retired leader of a large public sector organisation resonate: “The best decisions I ever made were those when I asked the people who were going to be affected by them – be they customers or staff – what they thought before I made them. Not only were they better-informed decisions they were also easier to implement.”

There are three areas to focus on here. Firstly, employees being asked to undertake new roles as a result of change must have clarity of expectation. Secondly, one of the biggest fears of those affected is that they will not be able to perform in the changed world. So good change leaders ensure that those people affected have the opportunity to acquire the skills and knowledge needed to be successful. Thirdly, leaders must also ensure frontline managers are given the tools and coaching they will need to effectively role model the behaviours that will underpin the new order.

The level of trust people have in their leaders is key to realising effective change. Trust is earned over time and, for a leader, it typically results from personal credibility, authenticity and a 100% relationship between say and do. Trust in leaders is a valuable currency at any time, but in times of transition it is priceless and a foundation of sustainable change.

The clients I work with understand the importance of focusing on the complexity of their organisation during times of change. In doing so they have often refreshed their leadership approach and developed change strategies that put people at the centre of a change plan. Those leaders who inform, engage, enable and build trust are likely to grasp the art as well as the science of change.