Jobs for the boys: 'Top Gear presenter' tops poll of jobs men want to do 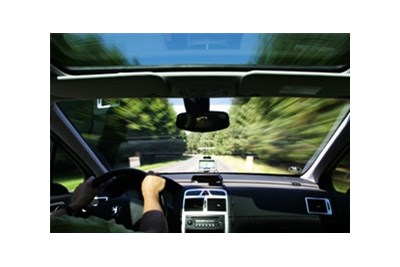 'Top Gear presenter' has topped the list of the jobs men would most like to do – beating video games tester and professional sportsman..

The survey from MyVoucherCodes polled 1,356 men aged 18 and over, in order to find out more about the career preferences of men around the UK.

Respondents taking part in the study were asked, "What would your dream job(s) be?" and were able to choose multiple answers.

According to the results, 'Top Gear presenter' topped the charts with 29% of the vote, with 'video games tester' coming in a close second with 25%.

According to the results, the 'top ten dream jobs for men' were as follows:

Of those who selected 'Top Gear presenter' as their dream job, two fifths, 42%, explained that they thought it looked 'easy'; whilst a quarter, 26%, felt that the job would be 'exciting.'

Furthermore, of those that said they dreamt of becoming a professional sportsman, the majority, 37% said they wanted be a footballer, whilst 24% would like to play professional rugby.

A further 18% claimed that they would like to play professional cricket. ??The men polled were then further asked if they were happy in their current job, to which 42% said 'no'. When asked to stipulate why, the main reason given was because it was 'boring'.

Mark Pearson, chairman of MyVoucherCodes, said: "It's quite interesting to see that Top Gear presenter has beaten professional sportsman to take first place for men's dream job. However, when you think about the injuries and amount of training that goes into being a professional sportsman, compared with a life of driving and testing cars, it doesn't seem all that surprising.

"The majority of professions on the list involve things that most men enjoy, although it is good to see that 'spy' has made it into the top ten! However, it's disappointing to hear that almost half of men are currently unhappy with their jobs. Our advice would be that if you're not happy then go for something else. No one is ever 'stuck' in one profession, so go out there and seize the opportunity to try something different."