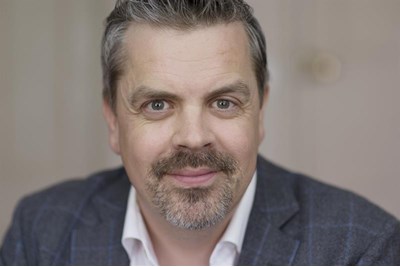 The notion that innovation is a key competitive advantage is well known and broadly advertised. What’s less well known is just how important a strong HR function is in building up a creative, innovative culture, and more specifically in counteracting the scourge of innovation fatigue. For what happens when the notion of innovation no longer excites but rather exasperates?

While there is no end to the organisations that profess love for innovation and innovative thinking, many are beset by the very opposite of this. Innovation fatigue refers to situations where the organisational culture has developed an adverse reaction to innovation. It is an insidious ailment; one that creates damage both by killing whatever residual innovation energies remain and by making people distrust the narrative of the top executive team. Ultimately, innovation fatigue is a killer of ideas and of spirit.

During the past two decades innovation has gone from being a specialised term for product development to being a buzzword and a cliché. Almost everything is being referred to as innovation as long as it has even the most tenuous link to novelty, and organisations are rushing to describe themselves as innovative or having it as a 'company value'.

With such overfamiliarity comes fatigue. The term has increasingly been made meaningless by representing everything and thus nothing. Companies then often make the situation worse by piling on more engagements that are meant to release creative energies but end up as little more than innovation theatre. Employees may put on happy faces, yet one can detect innovation fatigue by the fact that, even when more resources are directed to innovation, the results are often underwhelming. In a study from McKinsey, 94% of CEOs stated that they were not happy with the returns on their innovation investments.

During the past few years much of my work has been focused on understanding how this kind of innovation fatigue – and related ailments in a company culture – can be combated or ameliorated.

One key insight is that HR has a crucial role to play. We might well say that a company’s innovation strategy needs to start from the kind of solid understanding of competencies and culture that is primarily found in the HR department. This is especially the case as the innovation capabilities of a company stem primarily from the 'soft' factors of culture – things such as whether the company has a high degree of psychological safety, whether there is a respectful attitude towards colleagues and ideas, and whether the company is capable of reflective thinking. These matter more than technical capabilities and ideation, as the single most defining thing for truly innovative organisations isn’t whether they can generate a plethora of ideas, but whether they can nurture and develop the ideas that naturally occur.

What strong HR teams can do is diagnose innovation fatigue as it emerges, and be the people who call out when the innovation emperor has no clothes. HR teams are critical in that they can help establish the kind of psychological safety that ensures everyone feels they can participate in the innovation discussion, and that this isn’t just the playground of a limited, unreflective group of 'innovation people'. By establishing values such as respect, reciprocity, responsibility, and reflection into the innovation culture, HR can be a powerful agent in making innovation meaningful again.

Great innovation isn’t possible without strong HR. HR is the thing that can defeat innovation fatigue, and unleash the power often lost by letting only a select few have a voice in the discussion. If HR can rally the workforce and become the saviour of innovation culture this would be a wonderful thing, for innovation and for value creation more generally. There is so much to be won and so much great innovation to be unleashed if HR is allowed to take its deserved place as the guardian and nurturer of corporate renewal.

If this is done, we might be able to move away from innovation as a buzzword and an empty cliché, and towards cultures that delight in creating new value and challenging old ways of thinking. It is bigger than HR, but it requires powerful intelligent HR to emerge. Then, finally, we might be able to show why HR is not only critical for internal development but for powerful innovation and true strategic management as well.

Alf Rehn is professor of innovation, design and management at the University of Southern Denmark