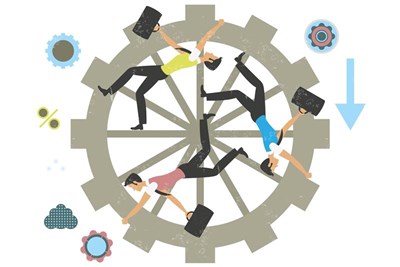 In any high-profile organisation, over a long enough period the probability of an internal crisis spilling out into the public domain is high. And with so many employees on social media, along with journalists monitoring online platforms, the window to wrestle back a narrative that’s rapidly spiralling out of control has never been shorter.

Organisations are increasingly forming dedicated crisis management teams focused on tackling the dual challenges of preventing crises and minimising their impact. HR should be at the heart of those teams.

“HR’s role starts as early as recruitment; identifying people for key roles who are unlikely to cause reputational damage,” explains CIPD head of London David D’Souza. “HRDs have control of many of the levers that manage how an organisation is perceived.”

“We tend to break crises down into categories,” explains Andrew Griffin, who leads reputation management consultancy Regester Larkin by Deloitte. “Firstly you have an incident, like a fire. Or you can have an issue; normally related to poor corporate governance or financial mismanagement. The extent and nature of HR’s involvement changes depending on the nature of the crisis.”

HR tends to be most heavily involved with issues that include employees. These can be the most difficult to deal with because they are usually reported in the press as a scandal, with the employer at fault.

“These cases almost always lead to some sort of operational change,” Griffin continues. “And HR will be leading that. HR will be involved in re-building the brand, as well as firming up values and personnel to make sure something like that doesn’t happen again. Having a robust plan ready to go for this kind of project is vital for an effective response.”

The key when putting safeguards in place to prevent another crisis is striking a balance between the carrot and the stick, according to Griffin.

“Things like procedures to ensure good behaviour are important. But it’s also making sure people are buying into what the organisation is doing so they want to do the right thing. How much you rely on each approach depends on the business itself. There’s no one-size-fits-all solution so it’s about what works best in your situation.”

What HR can’t always do is prevent things going wrong in the first place, according to McCain Foods HR director Richard Smelt. But that doesn’t mean HR directors shouldn’t constantly be on the lookout for ways to prevent disaster.

“Sometimes stuff happens that you can’t control,” he says. “But there are things HR can do to make it much less likely. For me the key is having well-informed line managers. If HR is the conscience of an organisation then line managers are the ones who are spreading its values. When it comes to implementing values one well-briefed and good manager is worth 100 emails.”

HR’s role post-crisis is less clear-cut; specifically around how visible HRDs should be. It largely depends on the nature of the crisis, with HR being more front and centre after botched redundancies than a poor set of financial results. But Smelt believes HR should always be prepared to front up, whatever the issue.

“HR should be prepared to speak for the company,” he says. “Part of being able to do that is doing the groundwork: building up good relationships with the local media, for example. Those kinds of contacts can make a huge difference.”

However, HRDs’ enthusiasm to speak to the press may not always be reciprocated, says Griffin.

“Often they want someone more operational like the MD,” he explains. “So in these cases HR’s role may be more about making sure the people who do get on camera stick to the message and are well-briefed on the issues and the organisation’s position.”

Social media has made controlling an organisation’s message more difficult. Opinions on how to minimise risk are mixed, with some advocating policing usage. D’Souza believes this is a blunt instrument.

“We would not advocate that approach,” he says. “Social media should be seen as an opportunity as much as a problem. If people’s values are sound there shouldn’t be too many problems. And if your employees are well-engaged it can be a good thing to have them speaking positively online.”