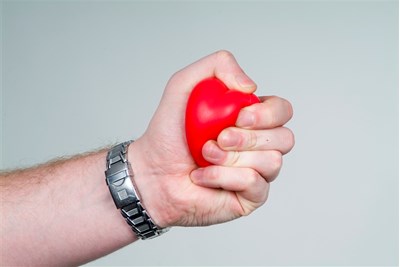 Mindfulness training is becoming increasingly popular across society and particularly more recently in the business field. What is mindfulness and where does this interest in integrating mindfulness into the mainstream come from?

According to Jon Kabat-Zinn, a molecular biologist who has pioneered the mainstreaming of mindfulness: “Mindfulness is the awareness that arises when we pay attention in a particular way: on purpose, in the present moment, and nonjudgementally.”

In practice this means noticing thoughts and sensations as they arise and consciously choosing if and how to respond. Taught mindfulness practices present an opportunity to develop the ability to pay attention in a skilful, non-judgemental way. This ability to respond rather than react makes mindfulness a very attractive approach for workplaces, particularly now that standardised mindfulness programmes with strong research evidence are becoming broadly available.

One of the most widely used mindfulness-based approaches is the Mindfulness-Based Stress Reduction (MBSR) Programme – a secular mindfulness meditation training programme developed in 1979 by Jon Kabat-Zinn and his colleagues at the University of Massachusetts Medical School in the US.

The MBSR has since been extensively and globally adapted, developed and researched in the clinical field and in other contexts such as education and wellbeing enhancement. A particularly influential adaptation of MBSR is Mindfulness-Based Cognitive Therapy (MBCT), which has a robust evidence base as a depression prevention approach, and is recommended for use within the UK health service by the National Institute for Health and Care Excellence (NICE).

Research findings frequently report a reduction in stress, depression and anxiety levels and an overall improved quality of life and wellbeing. However, there is less research and evidence on how mindfulness can be beneficial in the workplace.

Initial research results are positive. For example, it has been found that mindfulness prevents burnout and promotes job satisfaction. It can also facilitate better performance. In addition, a study with HR staff showed that mindfulness training improves memory for tasks, increases concentration and supports less switching between tasks.

With strong research evidence to support the effectiveness of mindfulness in reducing anxiety, stress and depression and enhancing wellbeing, it is not surprising that workplaces are increasingly commissioning mindfulness training for their staff.

It is considered to be a proactive approach to both supporting the wellbeing of employees and impacting on more tangible business measures such as productivity and absenteeism. It is hypothesised that a workforce that has higher wellbeing is good for the business in many regards such as improved organisational culture and less work absences. There is support and buy-in from some managers, however there are still understandable questions from sceptics and budget holders, so further research and a stronger business case are needed.

Examples of employers introducing mindfulness to their workforces include Google, Toyota, Starbucks, AOL and eBay, while others wait for stronger workplace-relevant research evidence. Managers are increasingly keen to explore the possible leadership and business enhancements linked to mindfulness, and financial analysts are considering the links between business outputs and staff wellbeing and resilience. It is worth keeping an eye on the research and other developments in this growing area of interest.

Sharon Hadley is a business manager at, Rebecca Crane is a director at and Dusana Dorjee is a research lead at the Centre for Mindfulness Research and Practice in the School of Psychology at Bangor University