Global business leaders prepare strategy for another recession, according to Harvard Business Review 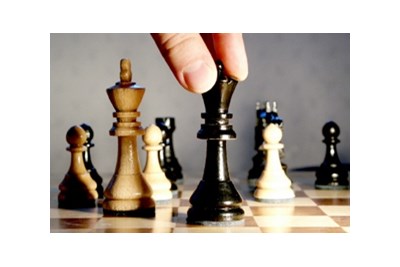 Seven out of 10 business leaders globally are braced for second world-wide recession, a survey from Harvard Business Review shows.

Harvard Business Review decided to take the pulse of global business leaders, since it's their perspectives - their expressions of confidence - that most help determine economic performance. Pessimism at that level translates into corporate decisions to cut spending, hold off on hiring, and defer new investments.

Among the 1,379 respondents, 70% said a global economic recession is either somewhat or very likely in the coming months. They're particularly down on Europe's prospects. Nearly nine out of 10 expect growth will be less than 2%.

Looking beyond the Harvard Business Review survey, a September 2011 study from the World Bank indicates global growth will slow to 2.8% in 2011 from 3.8% last year.

Also telling is respondents' estimates of their own companies' performance. The survey found business leaders' confidence in near-term organisational performance is mixed.

Slightly more than half believe their companies will achieve revenue targets for 2011, but a significant portion - at least a quarter of all respondents - expect to miss the mark. This translates into flat or diminished hiring expectations for most of those surveyed, with the exception of a significant minority, mostly in Asia, who believe hiring will go up for their firms this year.

These findings track with other projections about global growth. For example, the Asian Development Bank in a September 2011 statement said that it was "trimming its growth forecast slightly to 7.5% for both this year and next for 45 developing or newly industrialising Asian countries, excluding Japan. In April, the bank had predicted that the region would expand 7.8% in 2011 and 7.7% in 2012."

While responses to the Harvard Business Review Economic Survey underscore prevailing sentiments in the global business community, it also registered some particularly thought- provoking comments from this group:

Brazil is on the radar for many of the business leaders that took part in the survey. While not seen as a top competitor yet, Brazil was cited numerous times as an example of an emerging market that is accelerating growth and working to strengthen its position on the world stage.

Brazil has powerful appeal with both the US and EMEA, which will enable the country to be more flexible in its business and government relationships and flex its influence in two major markets. This is a real advantage that Brazil has that other countries don't.

Although it seems the outlook of the majority of business leaders we surveyed (most of whom were director-level or higher from the United States, UK/Europe, and Asia) is pessimistic about the present, there is clearly a shared sense of what it will take to reverse course and get the global economy moving again.

Among these are the recurring themes from those surveyed about the need for infrastructure (both physical and digital) to mature in developing regions, governments to stabilize and work productively in mature regions, greater investment in education and the knowledge capital that regions can leverage, economically-sustainable fiscal policies, and the ability to accelerate the pace and creativity of innovation.