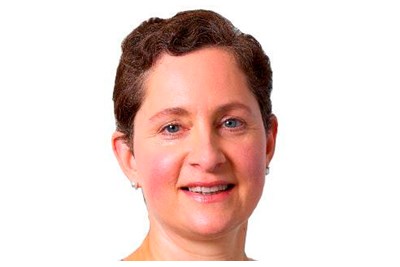 Demonstrating that RemCos understand the wider workforce’s pay packages, powers to exercise discretion, and a willingness to act may go a long way towards addressing high pay issues

The latest report from the CIPD/High Pay Centre, Executive pay in the FTSE 100, shows a fall in average and median CEO pay for 2018. The report emphasises that large pay packages still abound and refers to 43 companies that increased their CEO pay, including some packages that have more than doubled. The report also states that the same drop is not repeated in FTSE 250 CEOs, where the median pay level is steady and mean pay has increased.

Companies have certainly had increasing pressure from investors, industry groups, the media and the public to curb executive pay. The figures suggest that companies are responding.

For example, pension contributions rates have come under the spotlight in 2019 AGMs. The Investment Association has recently announced that three in 10 FTSE 100 companies have pledged to cut pension payments for executives in response to pressure from shareholders. It says that 30 FTSE 100 companies have made significant changes because of its campaign.

But according to the High Pay Centre report bonuses and long-term incentive plans (LTIPs) remain high. Could part of the reason for this be transparency?

Transparency in executive pay was always seen as a good thing. The government considers that this is the way to enable investors and other stakeholders to assess pay properly. Investors want clarity too. But the pressure for clarity in performance targets has led, for a number of years, to formulaic LTIP arrangements.

Clear measurable targets were expected to be stated at the outset so that everyone knew the pay receivable if the specific metrics were met. However, this has led to payouts despite perceptions of poor overall company performance. Adverse economic conditions have also meant that paying out LTIPs based on formulaic outcomes was seen as the incorrect and ‘insensitive’ thing to do and has led to severe investor criticism. So now the focus is on adding discretion back in.

The changes to the UK Corporate Governance Code and directors’ pay rules (applying to financial years from 1 January 2019) make it clear that pay structures should include provisions giving remuneration committees discretion to override basic formulaic outcomes. RemCos are expected to consider additional factors at the time of payment such as individual performance, overall quantum and market conditions. They must then disclose whether and how discretions are exercised and whether they were exercised because of share price movements. It is also necessary to disclose the amount of award attributable to share price appreciation.

RemCos therefore need to have an overriding discretionary underpin in relation to performance conditions and broader performance adjustment (malus) and clawback powers to reduce pay outcomes at the time of payment, or to recover pay. Contractual documents, plan rules and other relevant documents should include the appropriate terms allowing this. Discretions in non-contractual documents such as the remuneration policy don’t give RemCos powers to act. Also, any verbal statements or staff announcements made separately about the awards may limit what’s in the contractual documents, so extreme care should be taken.

As with changing pension contributions for existing directors, it may be tricky to insert an overriding performance condition underpin and malus and clawback into any in-flight LTIPs. But for anything granted from 2019 onwards it’s important to do this, especially as there will be a three-year time lag until this added flexibility kicks in.

Having the power to exercise discretion is not enough. RemCos are also expected to use their powers where appropriate. And they should do so carefully since executives (and former executives) may well challenge their decisions. This is a complicated area of employment law; the general rule is that a discretionary power must be exercised in good faith, for the purposes for which it was given, and not 'arbitrarily, capriciously or unreasonably'. But it can be tricky to reconcile this with formulaic and non-formulaic outcomes and performance conditions. Case law has also focused on how decisions have been made, so RemCos must ensure that they follow due process in reaching decisions.

Finally, in setting the level of bonus and LTIP awards RemCos must consider the wider workforce. The CIPD and High Pay Centre say that only 23 companies discussed in their annual reports how 'fairness' is factored into the board pay process and encourage more companies to do this. Demonstrating that RemCos have a full understanding of the wider workforce’s pay packages, powers to exercise discretion, and a willingness to act may well go a long way towards addressing this perceived lack of fairness in pay across organisations. It should also help in showing that board pay is aligned with the company’s stated purpose, culture and values.

Mirit Ehrenstein is a counsel professional support lawyer at Linklaters