Employers view a degree as granted when recruiting but look for much more, finds Aldi 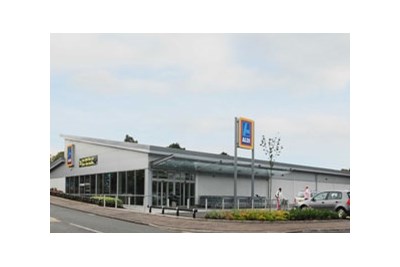 Employers now place personal attributes above the importance of a degree among potential job candidates, a study of 2,000 recruiters has shown.

Aldi, which plans to recruit 100 graduates throughout this year, carried out the research and found business decision makers believe a degree is 'a given' and so judge applicants on a string of key personality traits rather than qualifications.

Characteristics such as confidence, leadership and a good spread of outside interests are more likely to help a candidate land a job, it emerged.

Other key features which employers look for are involvement within the local community, and nearly a third said they liked to employ well-presented members of staff.

Just a fifth of employers thought that a degree made a potential candidate stand out with most saying that it is less impressive to them now than what it would have been ten years ago.

Instead 56% said they wanted staff to have a range of interests outside of work and a good work life balance.

One in 20 like to employ staff that have travelled and see the world while more than half of potential employers said they look for someone that reminds them of themselves with men more likely to look to take on the role of 'mentor' to new employees.

Women meanwhile were less likely to hire anyone that had better qualifications than they did or greater experience because they worried they might eventually want their job.

Confidence was the number one attribute that employers looked in new staff just ahead of a positive attitude and experience.

A good work ethic, honesty and energy were also qualities that employers looked for in interviews while two thirds like someone to ask a lot of questions.

More than a quarter said they judged potential staff on whether they were polite to reception, security and cleaning staff while 27% expected them to be respectful to them in the interview process.

Twelve per cent of the survey respondents judge potential staff on their handshake while 30 per cent insist on them having good spelling and punctuation.

Men are more likely to hire someone good looking than women while women place more emphasis on hiring someone who is well spoken.

More than half say their hiring decisions are based on instincts more than anything else and two thirds said they have never regretted hiring someone.

Trick questions and riddles were used by a fifth of people in interviews and the research revealed some odd interviewing questions that employers ask from finding out which Spice Girl is a candidate's favourite and why to asking what type of biscuit they think they are.

Richard Holloway, head of graduate recruitment at Aldi said: "Strong personalities, work experience, hobbies and leading teams at university are key strengths. Although we look for candidates that can bring something else to the work place, there still needs to be an emphasis on if they can do the job well. We have recruited some fantastic graduates in the past and really look to see what else they can offer aside from education.

"A 2.1 degree qualification is required to apply for the Aldi Area Management Programme but we put a strong emphasis on non academic skills and natural born leadership as key criteria in our recruitment. Our graduate programme has 12 months of intense training followed by area management of three or more stores in the UK so a strong work/life balance is a must for our graduates."