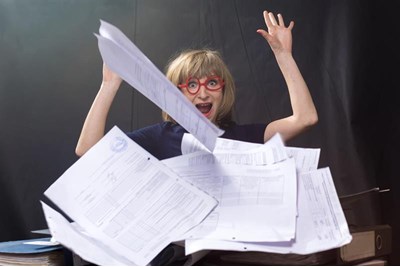 When GDPR goes live, people will be able to submit subject access requests to current and former employers

Nearly three million workers may submit a subject access request (SAR) to their employer after the General Data Protection Regulation (GDPR) goes live in May 2018, according to research from Exonar.

The survey of 1,028 workers found that 9.1% of people said they would submit a SAR to their current employer, which is roughly 2.9 million people in Britian. Additionally 4% said that they would ask a former employer for information held on them.

However, there seemed to be a general lack of understanding among the general population, with 70% stating that they had no idea about the changes.

As part of the research, it was explained that a SAR could run into hundreds of pages. Almost a fifth (18%) stated ‘shock’ that a company could hold so much information about them, with 15% saying that in light of this they would want to know exactly what the data regarded. A further 10% said they wanted companies to forget about them altogether, in terms of information held.

Julie Evans, COO at Exonar, said companies need to make the most of the time they have before the Information Commissioner’s Office (ICO) starts consumer publicity campaigns. “Companies often ask us how they can predict how many SARs they will receive,” she said. “It’s an impossible task as so much of it will come down to consumer awareness."

She added that using up-to-date technology will make dealing with SARs easier. “Going digital should be at the heart of any GDPR strategy,” she said. “New technologies like data mapping, big data and machine learning will make it easier for businesses to ensure personally identifiable data is easy to locate and secure. Technology can help everyone in a business to follow best practice and avoid the potentially hefty cost of failing to deal with SARs and comply with the GDPR.

“Aside from the cost, relying on manual processes is too high risk. Going digital will make the process of finding and retrieving information quicker and cheaper, and also lessen the environmental impact of completing a SAR request.”