Do we display values in our behaviour or on our walls? 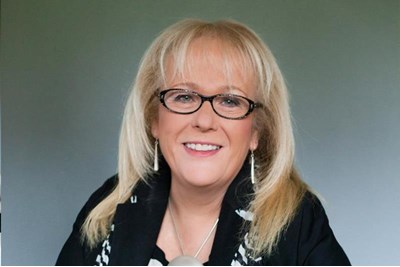 How many of us have gone into corporate headquarters, travelled in lifts, had meetings in offices, even visited the toilets and seen corporate values on the walls? How often have we heard senior executives declare that they are part of a values-driven organisation where people live the values of the business?

Research from The Institute of Leadership & Management, Colliding or Aligning: Reconciling organisational and personal values, explored these claims by identifying the values most often championed by organisations and those most important to individuals.

The value that was most important to our respondents was respect. The meaning of respect is two-fold: it means to hold someone in high regard but also to have consideration for their feelings.

So when we claim to respect our people are we actually doing both of those things? And if leaders are doing both why do we even need to articulate other values such as co-operation, inclusivity or teamwork?

If we are holding people in high regard and have consideration for their feelings in the way we relate to each other in our workplaces, then these other values would be unnecessary.

ILM companion and management philosopher Charles Hampton-Turner suggests, as does his co-author of Riding the waves of culture: understanding diversity in global business Fons Trompenaars, that often values are not so much what we do, but what we aspire to do or what we should be doing.

However, even this does not explain the disconnect between the values that people hold dear, that they bring into work every day, and what organisations claim are their values.

Ultimately we have to recognise that organisations are a collection of assets – buildings, computers – that don’t set values. Values are set by the people who work in these buildings and use those computers. So then this disconnect begins to make more sense.

We also see much greater alignment between the men in our research and the values that organisations espouse. The bigger disconnect was between the values women think are important and organisations’ values. Here we see that the values of perhaps half of the working population are not being recognised and certainly not being included.

With further exploration we find that very few people are actually involved in the setting of values. This is predominantly done by senior teams so younger workers are almost completely excluded from the process.

Moreover, hardly anyone claimed to set values in collaboration with other stakeholders – with customers and suppliers – despite there being evidence to suggest this is the most effective way of value-setting.

We often hear about the importance of getting buy-in from the top but with value-setting there is nowhere more important to start than from the bottom; to actually ask what the people who are working in the organisation expect from their employer and what they think the meaning that working there gives to their lives.

So rather than imposing a set of values that dictate who we are and what we are, ask people what it means to work here, what we like about working here, what are we proud of, and then this can be passed up to senior teams.

The output might not be neat single words; they might be statements or sentences, they might even be questions, but that is perhaps a more authentic and honest way of talking about values rather than articulating great words that nobody can argue with but people don’t really understand how to live or enact.

So, we have a relatively elite group of people creating values for everyone else in the organisation, which we’ve already identified may be more aspirational than real. And then it is assumed that unless these values are displayed on the wall, scroll as a screensaver, or even accompany us in the toilet they don’t exist.

But of course they exist. They are being enacted every day by the people who represent that organisation. In all their actions and behaviour they are demonstrating what is acceptable and unacceptable behaviour. People’s values underpin the very norms and rituals of organisational life.

Kate Cooper is head of research, policy and standards at The Institute of Leadership & Management