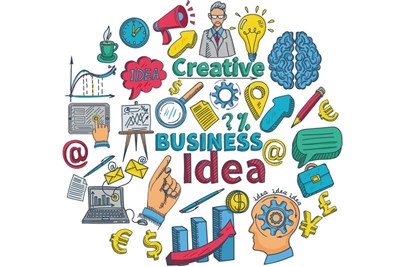 For Perkbox director of people Shaun Bradley collaborative learning isn’t just about engaging staff, it’s also about yielding better business outcomes. “The average age in our company is 27, and if you don’t involve people in learning they get bored. We employ people who want to share their views, and we’ve found our collaborative approach produces solutions that we hadn’t even thought about,” he says.

This approach is particularly employed in leadership development, where staff participate in a game acting out being the manager of a gym. Depending on the decisions they make the success of that gym changes. “It’s ostensibly a profit and loss course, but where staff learn from each other,” says Bradley.

He credits collaborative elements, which now make up 90% of all the firm’s learning, for boosting mobility in the business; 30% have changed roles in the last 18 months. However, he does acknowledge that collaborative learning “doesn’t suit everything” and some still expect to be told the answers. “It’s less good for knowledge-based learning – like how to use Excel – as there’s often only one way to do something,” he says. “For skills-based learning though it really sings.

The proof of the pudding is recall. People still refer back to the content of a collaborative event years after doing it.”

At Pailton Engineering, manufacturer and supplier of commercial vehicle steering systems, 90% of its 100 shop floor staff are trainers. This means it is their role to ensure co-workers don’t just know how to use their own complex machinery but are also proficient in at least two other ‘machine centres’ (i.e. centres making a specific product type). Matt Fisher, the firm’s production manager, says: “Staff teach their colleagues to be proficient across three different areas partly for productivity reasons – we ensure there are always at least three people during any shift able to work three different centres – but also to meet demand fluctuations... While we make hundreds of different parts a week some are so specialised they may not be made again for another six months, so it’s vital many people know how to make them for whenever that order comes in next.”

Learning all the aspects of a machine centre can take anywhere from two weeks to three months, so collaborative learning is an ongoing process in the organisation. “I can’t remember a single day in the last six months where there hasn’t been at least one member of staff training someone else,” says Fisher. “It works because people know and trust their colleagues.”

He adds that where staff have been put onto more formal training “some struggle to pick it up because they are used to ‘learning by doing’”. Workers go through four stages of accreditation – consisting of basic, intermediate, capable and proficient – to be deemed fully trained in a centre. The latter accreditation means employees can then train colleagues. “The learning gives consistency and lower lead times and error rates,” says Fisher. “Also it’s great for staff development. Between 50% and 75% of all promotions are internal now.”

At Anglian Water collaborative learning is ingrained into its ‘Transforming our Leadership’ workshops, a programme developed by performance management consultancy Lane4 and launched in 2015. Employees can learn directly from executives in other organisations, such as Jaguar Land Rover and Virgin Money.

Its success is evident in the decision to extend the learning from 160 senior leaders, to rolling it out to the next 110 in 2016, and now having extended it to 600 frontline managers, most of whom will finish their courses this May. “We wanted a new way of learning where people could regularly get together, discuss ideas, and then apply them in specially-created Action Learning Groups,” says Phil Brown, Anglian Water’s head of people development. “The aim of the learning is to create connections, give managers new perspectives, but also to get them more comfortable with innovation. And what better way than to have our people mix with organisations that would not normally be part of their world?”

Learners often meet in groups of eight to 10, with attendees feeding back what they’ve learned or applied to their roles after the sessions. “Real-life results from this have included numerous ideas that have been fed back to the board, and which will now be tested,” says Brown. “We tend to be a risk-averse company so this is a big step. We feel people in the business have stronger relationships with each other through common experiences.”

Because the project involves a cultural shift results can be difficult to quantify. But Brown believes it was instrumental to Anglian Water coming second in Glassdoor’s 2018 Best Places to Work list. As Brown explains: “Collaborative learning is part of us now; we all talk about a learning mindset and letting go of fixed views. There’s been a shift in the mentality of the organisation to one that has an inquiring mind.”