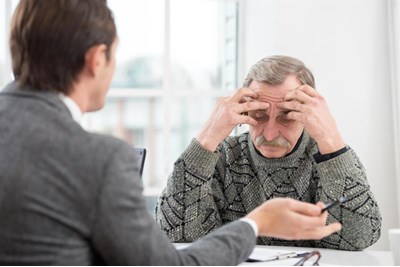 I wholeheartedly agree that older workers are sometimes pushed aside for the younger members of the workforce. It isn't just promotion and training; some companies look upon some older workers as ...

Older workers value learning, mentoring and career progression just as much as their younger peers

Businesses need to do more to support and recruit older workers in order to cope with potential skills shortages, according to Patrick Thomson, senior programme manager at the Centre for Ageing Better.

“Our research has found that older workers value learning, mentoring and career progression just as much as other ages, but all too often miss out on opportunities to pursue them,” Thomson told HR magazine. “With UK employers facing large-scale skills and workforce shortages businesses need to do more to support their current older workers and recruit talented older applicants.”

A third (32%) of the 1,002 older workers polled said they felt sidelined, and 17% said they had been passed over for promotion because of their age. Despite almost all (94%) UK businesses stating they believe older workers could be the key to bridging the skills gap, only one in five (23%) reported that they are currently looking to the over-50s to grow their business.

“These findings fit with existing evidence and what businesses and older workers are telling us,” said Thomson. “Despite the introduction of age equality legislation and the removal of the default retirement Age, many older workers are still unfairly missing out in the workplace. This is due to both conscious and unconscious bias, which manifests in how job roles and adverts are designed, at selection and at the interview stage, and then in opportunities to progress once you are in work.”

Chris Merrick, a director at Capita Resourcing, called for a “recalibration” when it comes to older workers. “The UK's older working population is set to increase rapidly in the coming years, while at the same time the number of skilled school leavers will continue to struggle to fill employment gaps,” he said. “Yet with eyes focused on technology and innovation few businesses have older workers on their agenda, leading to a huge missed opportunity.

“It’s time for a recalibration of what it means to be an older worker – these employees want to be challenged not sidelined.”

Thomson added that HR has an important role to play in supporting older workers. “We know that simply having a policy on age bias in itself isn’t enough,” he said. “Employers need to train line managers, address unconscious bias and stereotypes, and shift workplace cultures to ensure that employees of all ages are supported at work.

“In the end businesses themselves benefit from recruiting and retaining employees who are fulfilled, happy and supported to make the most of their potential – irrespective of their age.”

I wholeheartedly agree that older workers are sometimes pushed aside for the younger members of the workforce. It isn't just promotion and training; some companies look upon some older workers as being at the end of their careers and won't make a fuss if their salaries are not increased at the same pace as other employees. I have been "ousted" from my PA role for a younger model who earns nearly double my salary and to be honest, isn't that bright! Having been a PA all my working life and now, still employed at 65, I feel I still have a great deal to give in my role - I just don't get paid well for it now...........