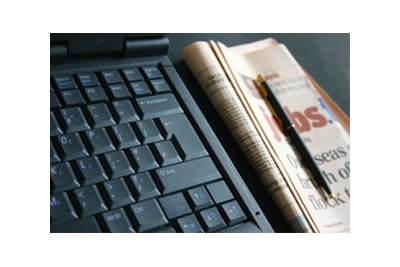 Employers posting badly written job ads littered with jargon, unexplained acronyms and basic spelling and grammatical errors are missing out on good candidates, according to a poll by Monster.

In a survey of over 2,000 job seekers, three quarters say they regularly see jargon or acronyms while searching for jobs and over half (57%) say this puts them off applying. With 60% of respondents saying they find jargon or acronyms in job ads annoying and a third (32%) saying it confuses them, terms such as 'leverage' , 'self starter' and 'bottleneck' were highlighted as the most common offenders.

Worryingly, many job seekers also report spelling mistakes and basic grammatical errors as a regular problem in job ads. Almost a quarter of respondents (23%) say they are shocked by the number of spelling mistakes they come across, particularly when many ads specify they are looking for candidates with 'good attention to detail.' Examples of the worst spelling mistakes given by candidates include an employer looking for someone 'capable of ruining an office', and another recruiting a 'resauce manager' (resource manager) and an 'ales manager' (sales manager).

Unclear and nonsensical job titles are also a problem for job seekers with 40% of respondents regularly seeing job titles they don't understand and almost two thirds (64%) saying this puts them off applying for the job. Unclear job titles could cause other problems for employers, as they are not ranked highly in search engine optimisation (SEO), so candidates may not be able to find the roles in the first place.

"In such a competitive job market and with many employers still reporting skills shortages, it is worrying that so many job seekers are put off applying due to poorly written job ads," said David Henry, MD at Monster.

"We regularly see job ads flooded with jargon, with businesses looking for candidates who can 'hit the ground running,' before 'penetrating the market' with 'top line ideas'. Our findings suggest that corporate waffle, jargon and acronyms could be seriously affecting employers' chances of finding the right candidates. Furthermore, advertising a role unclearly or incorrectly means many recruiters could be wasting time sifting through unsuitable CVs.

"But the most worrying finding is the extent of spelling and grammatical errors reported by job seekers, with one in four reporting this as their biggest bugbear. A job ad must make a good first impression and poor attention to detail could not only put off talented applicants but also cause permanent damage to employer brand."