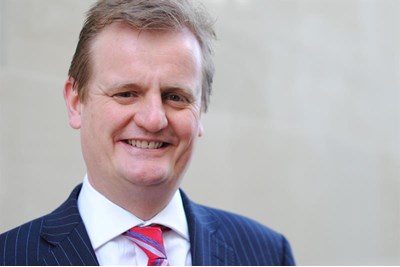 One thing which is certain is May cannot be trusted to protect workers' rights which are often enshrined in European Court of Human Rights case-law. May has been clear she wants to remove the UK from ...

MPs vote in favour of delaying the UK's withdrawal from the EU, while questions remain around what will happen to workers' rights post-Brexit

Ever since the referendum May has consistently said that workers’ rights will be preserved after Brexit. On a technicality she is correct. Deal or no deal, Brexit will not see an instant repeal of decades of EU workers’ rights enshrined in UK law. They will be preserved, at least temporarily. And apart from the odd rogue comment from former cabinet members, there does not seem to be an appetite for radical change in workers’ rights – at least not yet.

On the face of it, the opposite applies because on 6 March 2019 the PM announced new measures intended to safeguard EU workers’ rights in the UK.

The new measures focus on the terms ‘non-regression’ and ‘non-divergence’.

Business representatives and trade unions will be consulted.

However, the measures (which were rejected by the TUC as “window-dressing”) offer no guarantee that the UK will keep up with new EU workers’ rights, nor do they state that parliament will never repeal existing rights. Parliament’s power will not be fettered.

There is also the question of the Court of Justice of the European Union (CJEU). The CJEU’s impact on workers’ rights has been enormous. It has been the workers’ best friend in the generous way in which it has interpreted legislation in favour of workers. Yet May has often made it clear that Brexit means a weakened influence of the CJEU in the UK, with its authority being taken away such that it becomes something to which the UK courts 'may have regard'. That change of status means UK workers will be worse off in the long run without the government having to do a thing.

The now twice-defeated Withdrawal Agreement would have retained the CJEU’s power and kept the UK bound by EU workers’ rights for the length of the transition period. May intended that her new measures would have come into effect at the end of that period.

At the time of writing, parliament has also rejected leaving with no deal, yet that depends on the EU agreeing to an extension. The Withdrawal Agreement will be proposed for a third time. The UK may not leave at all. The political chaos that has followed the referendum result continues. It is also not clear whether the latest measures would survive a no-deal Brexit, but then it is not clear whether May’s premiership would either.

But one thing is clear: deal or no deal the new measures, if they survive at all, will have no significant impact by themselves on workers’ rights. The only real influences on the repeal of workers’ rights post-Brexit will be political decisions. We may well see reform in areas such as employment status and adapting to keep up with the technological age, but that is anticipated in the EU as well. It will take a brave prime minister to take away core rights such as the right to paid holiday. Radical change still remains unlikely, unless a change of leadership brings a change in approach.

The only sure way that UK workers’ rights will keep up with EU workers’ rights in future is to have a radically-changed Brexit deal that keeps the UK bound by them – or for the UK to stay in the EU.

Adam Lambert is an employment law partner at Kingsley Napley

One thing which is certain is May cannot be trusted to protect workers' rights which are often enshrined in European Court of Human Rights case-law. May has been clear she wants to remove the UK from the European Convention on Human Rights yet there is no evidence she has started a process of creating similar or better legislation or courts to replace the ECHR/ECtHR. One of the reasons Brexit is popular amongst "the working class" is the lack of protection for migrant workers' rights and the inability of "ordinary people" to enforce their rights. ECtHR case law, specifically gaygusuz vs Austria (september 1996) shows how EEA nations discriminate against migrant workers. The post-industrial provinces of the UK are full of near destitute British workers denied benefits from the national insurance schemes of EEA countries to which they were forced to contribute whilst working there but from which they are denied benefits including free medical care.