Almost half of employees unhappy with work/life balance, ONS finds 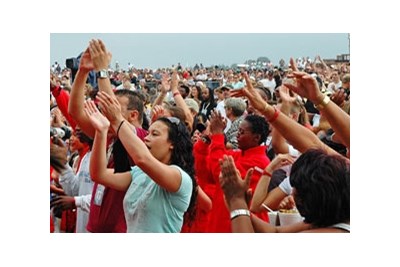 Almost half of adults aged 16 and over in Great Britain report a ‘relatively low’ satisfaction with their work-life balance, according to findings from the Office for National Statistics.

The ONS set out to investigate if the population lives to work or work to live in a belief that getting the right balance between work and leisure is important in determining the wellbeing of the nation.

Its findings revealed 63% of all adults aged 16 and over are somewhat, mostly or completely satisfied with the amount of leisure time they had.

Just over half (54.1 per cent) of adults aged 16 or over in England had participated in some type of sport or physical activity in the four weeks before they were interviewed.

The report includes an examination of work and leisure activities and the concept of obtaining the best possible lifestyle balance for each individual. These were often raised during the nationwide debate on national wellbeing. The debate identified the things that matter to UK citizens and which they want to see reflected in policy and in business and individual decisions.

The first phase of the ONS programme was the national debate. ONS held 175 events, involving 7,250 people. In total, including on-line, the debate generated 34,000 responses, some of which were from organisations and groups representing thousands more. The debate helped ONS identify the key areas that matter most to the public, such as health, education and employment.

This was used to produce the first set of domains and measures for national wellbeing published for consultation between October 2011 and January 2012. These will be improved progressively and consulted upon, drawing on regular updates on the subjective well-being survey results and analyses of domains of well-being, such as that published today.

The report What we do illustrates the methodology behind the ONS Measuring National Well-being programme, using existing research and carrying out new and innovative research to get to people's assessment of their own well-being and what matters to them. This is designed to paint a national picture at this stage, with data due to become available for local areas in July, using the large sample gathered over the first twelve months of ONS's survey work.

The ONS findings could raise issues for citizens, local authorities, government and businesses to consider, for example around care, leisure facilities and commuting, all of which appear to impact on well-being.