A vision of work in a post-COVID-19 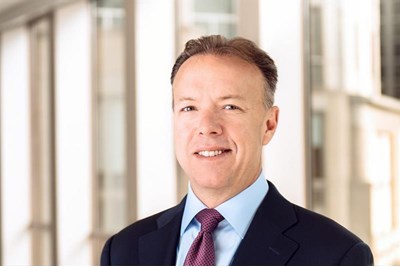 Executive teams across the world are looking to the future after COVID-19 passes and how they can get to the other side while ensuring not only business continuity but also future prosperity. How businesses respond to this crisis will shape their success for years to come.

The constantly changing dynamics of this crisis make it increasingly difficult for leaders to plan ahead for the business they want to run after this pandemic.

For this reason, we have developed four potential scenarios for the world of work in 2023, when the ravages of the pandemic have hopefully passed yet the change it brought with it shall become commonplace.

These scenarios may help leaders and businesses to better plan for any eventuality of our post-COVID future.

The first scenario we have devised is called ‘Digital Enclaves’. In this scenario, the global economy is revived post-COVID, however a high level of volatility remains in place.

Under this scenario, people and businesses will adopt new behaviours to ensure a relative normality in a world recovering from the pandemic. This will see companies utilising virtual interactions over face to face meetings, along with congregations of small groups over larger social and business interactions.

Many people across the world have struggled with financial volatility, lack of employment and wage cuts. This may create an aversion to high-risk jobs and push the general populace to seek career tracks instead to ensure their future prosperity.

‘Digital Enclaves’ would see local interests taking a strong preference above national and global interests, which may create inherent divisions. The digital divide would remain and as more and more people switch online, better paid opportunities for people working in tech would increase.

This scenario would also see a massive reduction in the flow of people and goods across borders.

Under this scenario, COVID-19 would be well controlled, which would prompt a strong economic recovery worldwide. People will crave human interactions again, which may drive massive demand increases in public facing industries.

Under ‘Tech-powered humanity’, a semblance of lockdown mentality may remain as people and businesses balance virtual and physical interactions. By learning from the widespread embracing of technology throughout the global lockdown, companies will become far more efficient and tech-enabled.

Science and technology companies will also be under greater pressure to innovate to keep up with the growth and increase in demand. Under this scenario, institutional trust is restored while the private sector fuels economic growth.

This scenario would also see the opening up of global markets, which would reduce economic disparities among countries across the globe.

In this scenario, a prolonged recession caused by economic instability and a widespread fear of subsequent waves of the virus would lead to a growing divide. There would be a rise in nationalistic or protectionist policies, which would have untold negative economic consequences.

Consolidation would sweep across many industries that lacked the financial backing to preserve business continuity, meanwhile, companies across the globe would struggle to maintain trust among their consumer base.

These consequences would result in a growing digital divide and the commoditisation of workers across the world. Massive unemployment would wreak havoc on all industries and a growing resentment towards government policy would result in political instability. A ‘growing divide’ scenario would also result in increased tribalism, crime and malicious behaviours.

On the positive side, an ‘in this together’ scenario would see the major challenges presented by the prolonged impact of the pandemic being tackled by the coming together of the global community in a harmonious act of will.

Central banks and governments would bailout major industries in order to minimise the economic turmoil. In the world of international business, this scenario would see a significant focus on upskilling. This would also be seen as an opportunity to close the digital divide.

The public would yearn for transparency of action from the public and private sectors, while an increased expectation on social good would lead to better business practices. This scenario would also see the development of significant public-private partnerships, which would drive cooperative innovation efforts in science and technology.

Nobody can see into the future, however it would be reasonable to predict that COVID-19 will have repercussions felt for many years to come and that the future of commerce will look like one, or possibly a mix of more than one, of the above scenarios. Leaders and their teams will need to take the time to reflect on these potential scenarios. Every scenario will be possible for different businesses, so how are you prepared?