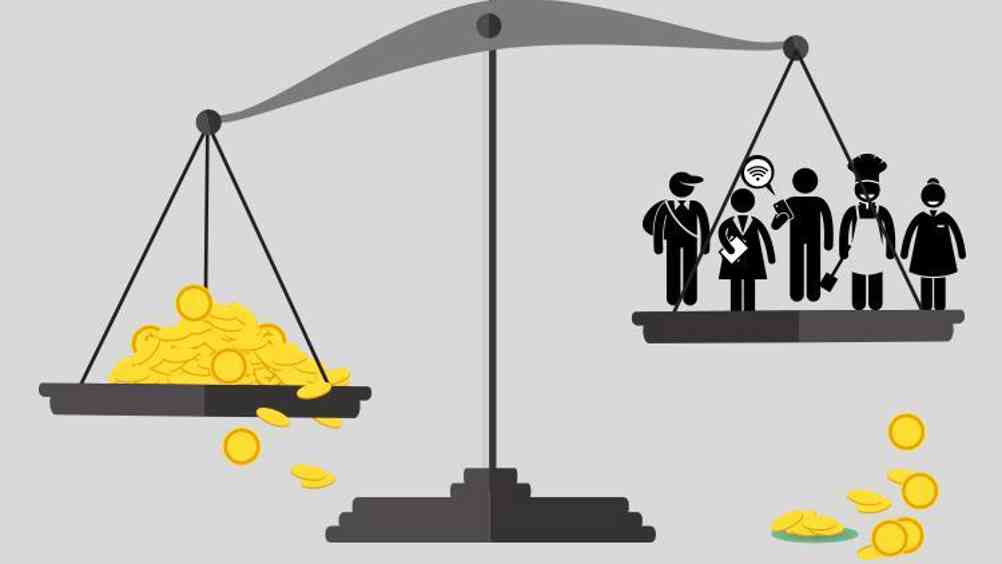 We explore the apprenticeship levy’s teething problems a year in, and where employers would like to see changes

‘A nation flourishes when it realises the full potential of all of its people.’ Thus, rather grandly, begins the second paragraph of the government’s policy document English Apprenticeships: Our 2020 Vision, published after the chancellor’s announcement in July 2015 that an employer levy would be introduced to fund apprenticeships.

The ensuing text made the point that around the world apprenticeships have long been seen as a crucial way to develop the skills wanted by employers. To address the pressing skills gap, the government pledged to increase the quality and quantity of apprenticeships in England, laying out the bold objective of reaching three million starts by 2020.

At the centre of reforms was the introduction of the apprenticeship levy on 6 April 2017. Employers with an annual payroll of more than £3 million are required to pay 0.5% of their annual wage bill into an apprenticeship service account run by HMRC to pay for apprenticeship training and assessment. The government automatically adds a 10% top-up to funds, although any unused funds expire 24 months after entering an account.

But while the intention behind the overhaul is laudable, the outcomes have so far fallen short of the aspirations. A year after implementation of the levy, debate rages as to its effectiveness and opinion remains divided.

CIPD research released in January 2018 found almost a fifth (19%) of levy-paying firms don’t plan to use it at all to develop apprenticeships and will simply write it off as a tax. Moreover, many firms are re-badging existing training in an effort to claw back the levy they pay.

The upshot of this is that in many instances, instead of bringing additional value, the new system is creating burdensome bureaucracy and cost. And when the Department for Education released figures in January 2018 showing a decline in apprenticeships it elicited a scathing response from manufacturers’ organisation EEF, which asserted this was clear proof that the levy and wider reforms weren’t working and that a radical rethink was required.

So how do employers feel about the levy a year in? Do they see it as a success, failure or somewhere in-between? A work in progress or something that should be scrapped?

“The apprenticeship levy is quite a departure from previous types of learning grants,” says Rebecca Buck, outgoing head of HR at the Press Association (PA). “Both employers and approved training providers still have a lot of rules to get to grips with. Looking back, I don’t think anyone was fully prepared for the change in April 2017 and there is a significant gap in understanding.”

On a positive note, she believes that businesses and training providers are on the right path and expects the range of apprenticeships available to expand. The National Apprenticeship Service, she argues, is doing more to proactively support businesses and the digital portal has become more user-friendly. That said, she feels the word ‘apprenticeship’ doesn’t accurately describe this initiative and a rebrand would not be a bad idea.

For PA, the levy has led to the creation of new entry-level roles as well as career development opportunities across various departments. The biggest advantage, says Buck, has been the opportunity to provide employees with additional qualifications that should increase staff motivation, retention levels and career progression. “In terms of drawbacks, firstly I would say that the selection of subjects is still quite restrictive. For example, you might find apprenticeships in management, but not in the specific area of coaching and mentoring. Secondly, there is a shortage of training providers in particular subject areas.”

Direct Line Group (DLG) started apprenticeships before the levy and has been delivering them for a number of years. The advent of the levy has given DLG scope to extend the reach of its apprenticeships to a wider population. DLG’s HR director Simon Linares says members of staff who previously may have gone to university have joined on apprenticeships, creating more opportunity to develop apprenticeships for future talent and succession planning.

Linares adds that side-by-side with the creation of new apprenticeships there has also been some re-badging of existing training. “We are looking at ‘can these roles be fulfilled as apprenticeships?’ and then train them up to have a well-rounded progression plan with an apprenticeship wrapper. “Previously we would have recruited an experienced member of staff and also provided additional ‘DLG training’ without the professional qualification attached. In some areas we are spending the levy on qualifications that we have always delivered, for example DLG Auto services.”

But although he can see several advantages to the new system, Linares also lists a number of drawbacks: lack of flexibility in the rules and regulations pertaining to what the levy can be spent on; the levy account itself being difficult to navigate and the very manual nature of forecasting and reporting; as some of the qualifications are not ready, DLG is waiting to spend money and thanks to the 24-month limit the clock is ticking; with some higher/more specific qualifications DLG is struggling to get delivery for lower numbers, meaning the possibility of a substantial travel to university to study these qualifications, bringing additional cost to the business; and the new landscape doesn’t account for the manpower required to manage the levy, feels Linares.

Independent UK law firm Burges Salmon is an apprenticeship ‘Trailblazer’ in the legal sector. Its chief people officer Robert Halton believes the levy has focused attention on the role of apprenticeships and their place in meeting the skills agenda of organisations. In particular the opening up of a new route through to qualification as a solicitor has been important in addressing social mobility and the cost of entry into the profession.

“The levy is seen by many as a tax, which in many ways it is,” says Halton. “But it has created focus and shifted the resourcing and skills agenda. There may be re-badging of existing training but the market will respond and quality should prevail. What has happened is a gradual shift away from ‘you must be a graduate’ to seeing apprenticeship routes being valued and not second-best.”

At The Deltic Group, which employs more than 3,000 people across its 57 bars and nightclubs, the levy has been helpful in attracting new talent and strengthening existing development opportunities. “We’ve used the levy to upskill our existing staff and are now reviewing new roles within the company to identify whether these can be developed into apprenticeship roles,” says Deltic HR director Zoe Pacyna. “Aligning the new apprenticeship standards with the roles that are currently available within our venues has been a thought-provoking practice. It inspired us to develop an exciting new management scheme, The Deltic Leadership Programme, which is available to staff across all of our venues.”

The response from general managers and regional directors at Deltic has been positive, with a flurry of staff nominations for inclusion in the first cohort. Pacyna says the levy has led to additional investment in learning and development rather than re-badging of existing training schemes, which she believes is problematic. “They may need to be adjusted retrospectively to fit the apprenticeship standards, especially the structure, which could then take away from their original objectives.”

This concern around employers re-badging existing courses as apprenticeships is one held by many – with critics saying this could run the risk of detracting from the original aims of apprenticeships and creating inappropriately-structured training. The recent government approval of an £18,000 funding allocation for higher-level skills, MBAs and degree apprenticeships has intensified such concern, as has a recent CIPD finding that 46% of eligible organisations will seek to rebadge graduate-level schemes rather than invest in apprenticeship starts.

Mark Dawe, CEO of the Association of Employment and Learning Providers (AELP), believes the levy’s current design has major flaws that have resulted in outcomes completely at odds with the government’s social mobility agenda. “The number of apprenticeship starts at intermediate level [level 2] have halved, while starts for 16- to 18-year-olds have fallen by 38%,” he says.

“The incentives that previously encouraged employers to take on young apprentices have been removed and AELP has urged ministers to consider restoring them. We believe that there should be no mandatory employer contribution towards 16- to 24-year-old apprenticeships at non-levy-paying employers, or at employers that have exceeded their levy.”

Employers have a two-year window in which to spend their levy money and AELP’s training provider members are feeding back that this timeframe is being utilised by businesses to consider what strategies to adopt in respect to both apprenticeships and other forms of training. As such, it is still too early to arrive at a definitive answer as to whether displacement of previous training is occurring.

The official statistics show an increasing number of apprenticeship starts at management and degree level. “While we welcome the additional esteem these bring to the programme we don’t want to see them grow at the expense of the number of opportunities available for younger people and at lower levels,” says Dawe. “We have to get the balance right.”

Michael Kosmas, CEO of NXG Enterprises, which provides employment and skills opportunities to individuals from diverse backgrounds, personally doesn’t think the levy is encouraging much additional investment at this stage, simply because organisations have yet to understand or see the benefits. Hence the majority mainly view it as a compliance activity.

In his experience companies that embrace apprenticeships were already investing more than they were required to. Forcing others to take the same approach is not going to be as easy as simply implementing a levy. However, he adds that any initiative that pushes organisations to build in apprenticeships as an essential part of their recruitment and training is going to be positive in the long run, even if the short term throws up resistance, challenges and teething problems.

“I think the biggest drawback of the levy is understanding the process of recruiting apprenticeships into the organisation and any additional costs that are associated with the intake of apprentices,” says Kosmas. “It’s not simply the salary cost of the apprentice that is incurred. So many organisations are understandably concerned that they will be out of pocket through the levy, because of the ongoing costs of maintaining an apprentice intake.”

There is also, he continues, the risk that some organisations will recruit simply to avoid losing the funds without having the desire or processes in place to effectively support or develop the apprentice, resulting in the candidate having a poor early work experience. “This can lead to longer-term effects on the apprentice in terms of confidence, motivation, performance and engagement. Not just at that company, but for their future employers too. I don’t think you can make an organisation want to develop and train apprentices, it has to be something the organisation instinctively wants to embrace, and that’s all about culture.” 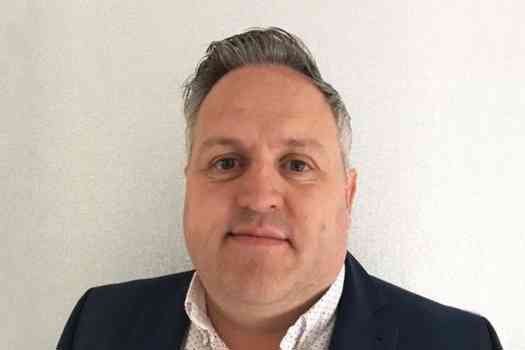 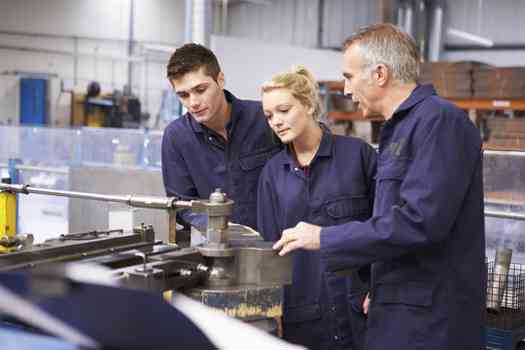 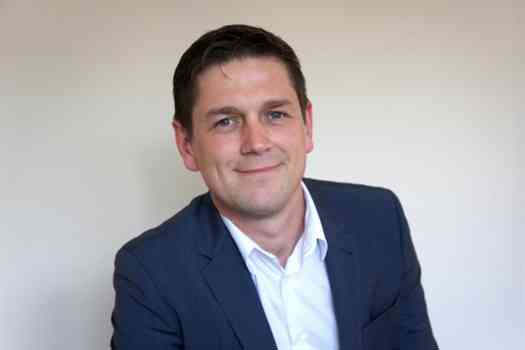