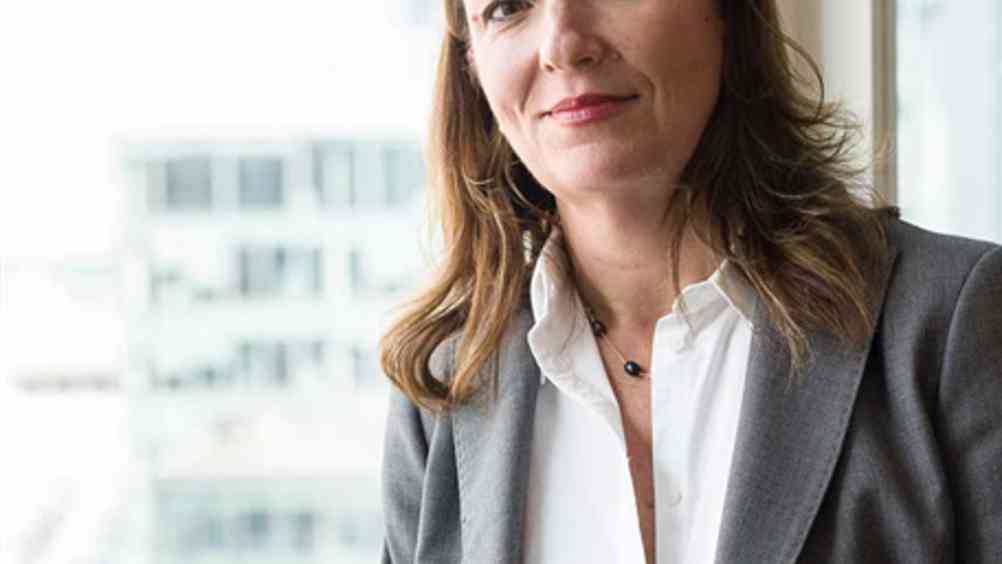 If an ability to deal with difficult people situations is a prerequisite for an HR director, then Vanessa Evans got off to a flying start. On taking over as manager of an Early Learning Centre in Lewisham, southeast London, she was told the area had a fantastic community, but that “things do happen here”. Lo and behold, the first time she put out the paddling pool for children to play in, she discovered a tramp having a wash in it.

"It was a great learning ground," Evans laughs, clearly still fond of her first days in retail. "I couldn't believe they paid people to do the job. I loved it."

Two decades later, Evans swapped paint and paddling pools for pet insurance, joining FTSE 100 firm, RSA Insurance Group, in 2005 as HR business partner director, UK claims and business services. In March this year, she was promoted to group HR director of the second-largest general insurer in the UK, managing £14.5 billion of investments and having net written premiums (NWPs) of £8.14 billion for the year ending 31 December 2011. RSA is perhaps best known in UK for its 'More Than' brand.

But it's her grounding in retail operations that has given Evans the credibility in business that is sometimes lacking in HR, she believes. "It gives you perspective. Sometimes it can be a little purist in HR," she says.

Evans fell into retail by accident, after taking shop work to tide her over while looking for a graduate role. From Lewisham, she moved into an area manager role with Early Learning Centre, then to childrenswear retailer Adams, until a management buy-out of then parent firm Big Sears Group prompted her to move to "a more exciting role" at Gap, which was opening 50 stores a year. Joining as a district manager for Greater London, it was here that Evans made the jump into HR.

"Retail is about merchandising, people and auditing. I loved the operational merchandising stuff, but was not that creative and I was certainly not an auditor. But I enjoyed the people bit and could see myself making a real difference."

At Gap, she also had her first experience of overseas operations, as HR manager for Europe at a time the fashion retailer was making its first move into countries with a very different employment landscape to that of its US homeland.

This prompted a desire to work with different cultures, a desire she satisfied first with a move to Lego as global retail HR director, where she developed an understanding of Scandinavian culture, and then in 2006 at 23,000 employee-strong RSA Insurance, as emerging markets HRD, leading a talent acquisition and development programme. In this role, she worked with the firm's previous group HR director Paul Whittaker, after his appointment as chief executive of the new emerging markets region.

Many UK businesses view emerging markets as their potential saviour, given weak growth in western economies, but are grappling with the best strategy. Earlier this year, RSA made a clear statement of intent to position itself as an international company - not a UK business with outposts. The business was restructured into four regions: Scandinavia; Canada; UK/Western Europe; and emerging markets. CEOs of each of these regions sit on the group executive.

Evans played a major role in helping the executive work out what it wanted RSA to be. In brief, the overall ambition is to be the best international insurer. Behind this sit three 'purposes' - around customer, people and outperformance.

"I am there at the start of the strategy, discussing what is integral to us being the best international insurer," Evans explains, "then we ensure everything we do plays back to this and the three purposes."

Putting the major market directors onto the executive enabled the group to "symbolically show we want to be international from an organisational design perspective", she adds.

The move to creating a truly international business has been rapid, given RSA's 300-year-old heritage (it has been operating in the UK since 1710, when the 'Sun Fire Office' was set up). Now in 34 countries with a partner network supporting it in 150 territories, the firm's business was still UK-centric just eight years ago. In 2004, 53% of NWPs came from the UK and 47% from combined overseas markets. Last year, the split had reversed, with nearly two-thirds of NWPs (64%) coming from overseas markets. By 2015, the company expects 70% of premiums to come from overseas, of which £2.2 billion-worth will come from emerging markets.

The strategy for expansion is focused on acquisition, primarily of companies with a long history.

"HR is involved early on in acquisitions," explains Evans. "Right from day one, we are involved in due diligence, for example, what does this acquisition mean and what talent are we are getting? Contracts are going to be critical to whether it is the right acquisition for us. In insurance, a lot of what you are buying is people and it is important you keep the talent."

Latin America is RSA's largest emerging market business, with operations in seven countries. RSA is the number one general insurer in Chile, the largest private insurer in Uruguay and a leading marine insurer in Brazil. In August this year, RSA made two acquisitions in Argentina.

Generally, employees are positive about acquisition, says Evans, particularly in Latin America. "People may initially wonder whether they will be swallowed by a big corporate monster, but RSA is generally well known in these countries and employees say they enjoy working with a global organisation, with the span of training and development this offers."

The company cannot always buy long-established brands, though, and in the Middle East it is acquiring more start-ups, helping to build the businesses. In February this year, it bought Oman-based Al Ahlia Insurance Company SAOC for OMR 19 million (£31 million).

Dealing with businesses in different stages of development and in geographies with different cultures presents one of the main challenges to Evans and her HR team.

"You can't expect organisations with 100 people to do everything HR wants businesses to do that have 8,000 people in them. You have got to pick the areas that will be winners in emerging markets."

For example, in Central and Eastern Europe, acquired businesses were tied up with government for a long period of time, so the talent was not at the same level as in the UK. "You have to consider, do you bring talent in and build it, or do you take a risk and do something radical? The answer is to blend - to be both a UK exporter of talent, but also to try to bolster the talent you've got in the market itself," explains Evans.

To do this, RSA creates focused development programmes for the most important areas. So, in Central and Eastern Europe, it has focused on creating underwriting skills quickly; in Latin America, it was clear that developing an affinity programme was going to be critical to business success. "In the UK, Canada and Scandinavia, we do all these things, but emerging markets don't have the capacity at the moment."

This has necessitated a culture of sharing. For example, RSA has created a pricing academy staffed by UK experts, as the domestic market is more sophisticated in this area. In emerging markets, the pricing is based merely on car, driver and engine size, whereas in the UK there are hundreds of different dimensions.

By merely using 10 rather than three criteria, it gives significant competitive advantage. Meanwhile, in Scandinavia, there is deep expertise in renewable energy and in Canada in hydro.

The focus on collaboration and sharing came from group chief executive Simon Lee, who took up his role exactly a year ago. Scandinavia CEO Mike Holliday- Williams is one director leading the charge, with a 'Think Customer' strategy that was tested in Scandinavia and is now permeating the rest of the global business.

"It is about putting the customer at the heart of what we do, something that has not been the ethos of insurers for a while," says Evans. "Everything we do in business has to have a customer connection. So you have to work out how everything you do is going to improve the service or improve the customer's experience from a product perspective and you don't do it unless it improves what the customer gets."

It is not a difficult sell to those working at the frontline in call centres and the like. "They recognise the barriers we sometimes put in play, so there's lots of work going on around how do we give frontline people the opportunity to tell us what we could do better," Evans says. She describes a new UK programme where senior leaders link to six frontline employees every month to get their feedback.

The challenge is to get the strategy to play into back office functions. So, for example, HR implements this approach when dealing with the internal customer as well as external customer.

While emerging markets may be experiencing double-digit growth, all is not lost in RSA's mature markets, despite the recent repeated flooding in the UK and the earthquakes in Italy.

At the beginning of the economic downturn, RSA made 1,200 people redundant and closed some sites. Now the UK focus has moved from motor to pet, home and speciality, while performance in Canada is strong, thanks to commercial insurance.

The main challenge for Evans in these markets is talent. "Our business is built on technical expertise and core insurance skills. We are starting to see an ageing population in insurance, so building technical skill is hugely important."

The good news, though, is that insurance has benefited from the downfall in banks' reputations. "If you look at graduates in the past, the banks would have been the most attractive organisation for them," Evans says. "It is naïve to think that with critical news almost weekly it has not had some impact on financial services, but I do think insurance has come out with some positives. It is not seen as part of it.

"Indeed, insurance is becoming, well I hate to say, sexy, as I am not sure insurance will ever be sexy, but certainly it has a good reputation. And a company such as ours has a good heritage, is well run, has integrity, honesty and is open about how we do business.

"We are getting better quality graduates through. We are on a more equal playing field."

With 450 people in HR around the world, the centre in RSA's City of London HQ has just 30 HR personnel. These create critical frameworks for engagement, value proposition, communication, culture and leadership, ensuring the right future talent. The four regional HRDs can then flex these to match working environments.

"We are clear on the group ambition and purpose and support the people and customer element, but we are also clear on our own HR strategy. Our mantra is that we are not here to do our own thing," says Evans.

"We do a few things really well. We like to have the best HR people who are credible and commercial and we are making good progress in getting there. We support the business in understanding what makes the organisation tick and the benefits we can offer.

"One of the big things in HR is leading insight," Evans thoughtfully remarks, "showing the business what the insight says and how it can be applied to do things quicker, better and so on."

This insight is gathered from the regions using scorecards focused around the basics, such as attrition rates, and areas such as engagement, wellbeing and talent. Champions in each region help create these scorecards and pull the insight together.

"You have got to really understand what it is you care about and what information you need," Evans explains. "We are still on this journey and still need to get better. Our business leaders are very financial, so we need to give them the hook that if we did this, it would make a massive difference to business.

"That's the value we can give." 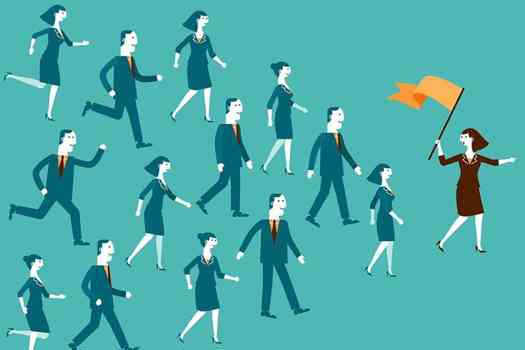 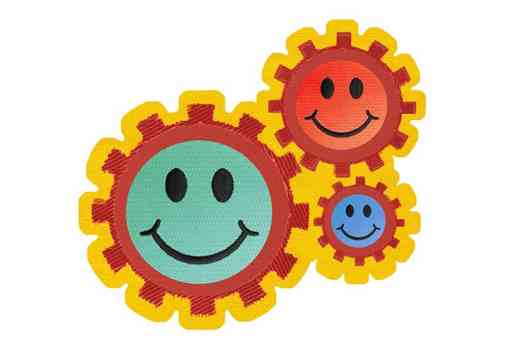 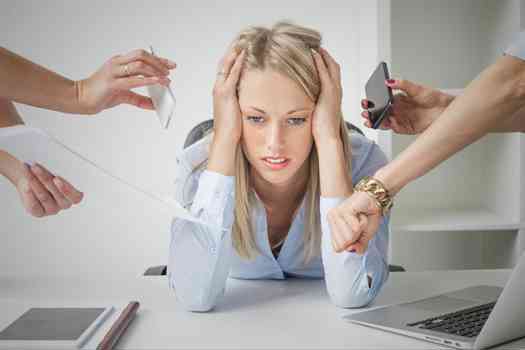