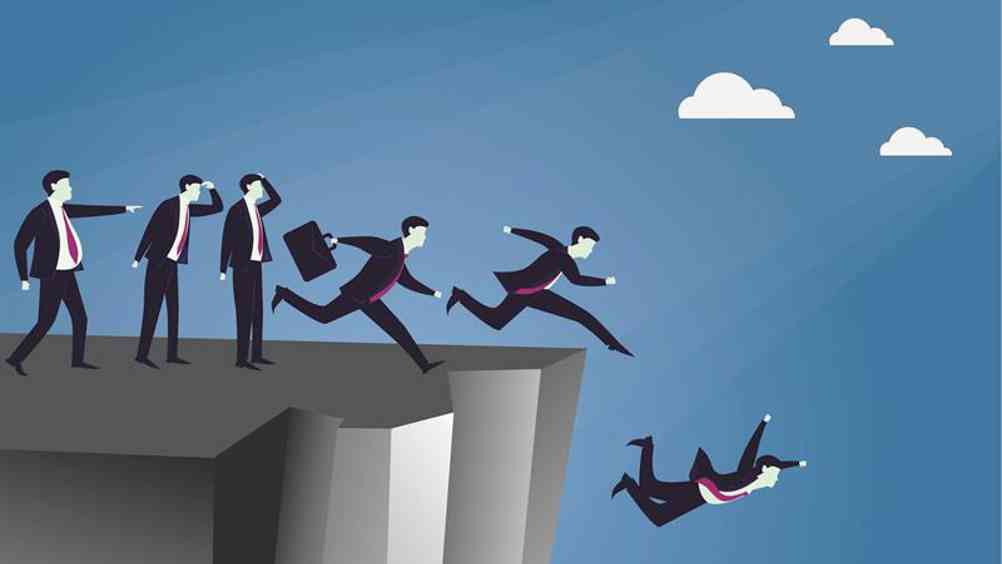 There are more than 70,000 books in English with the word ‘leadership’ in the title. Many in the self-help category give advice about how to become a great leader, and suggest it is straightforward and trainable. The data on leadership success and failure suggests, however, that as many as half of managers and leaders fail and derail. Why this occurs after HR experts have followed well-established selection procedures has interested me for more than 20 years.

My conclusion is that there are three reasons for this occurrence, and three important and overlooked factors.

What do we know about career and leadership success? Demographers, economists, psychologists and sociologists have concentrated on very different theories and variables of interest to them. Many have tried the ‘great man’ approach by trying to contrast the characteristics of great leaders (in business, military, politics) compared to average leaders, to derive a list of the characteristics that made them great. The trouble was that everyone had different lists. Successful leaders are often ‘quirky’ and cannot be easily categorised.

However, a number of very high-profile leadership failures in business (particularly the banking sector) led people to ask the question: why, after all the effort and expense and following good practice guidelines, did experts make such a poor judgment?

Why were derailed leaders selected in the first place? Then it became apparent how often this occurred: failure and derailment in senior managers seemed surprisingly common.

Researchers then began to turn their attention to the dark side of behaviour at work to understand the root causes of leadership failure. This has yielded a surprisingly rich number of insights and warnings for those interested in selection. It could be argued that we learn more about leadership from those who fail compared to those who succeed.

It is important to make the distinction between leadership incompetence and derailment.

Incompetent means an inability to perform; lacking some ability, capacity or qualification. Essentially the incompetent manager is lacking something. Most are simply over-promoted. Others are there because of favouritism or bad selection. They do not have the skills, energy, courage, or perhaps the insight to do that which is required of a good leader.

Derailment literally means coming off the tracks and is taken from railroad terminology. It refers to where an otherwise functional train unexpectedly comes off the rails and is thus left stranded, unable to move, possibly blocking the line and potentially irreparable. The derailed leader is not one lacking in ability – indeed many are highly talented, well-educated and high flyers. But they come unstuck, often because a dark side to their personality does not fully manifest itself until they acquire significant power.

My interest is in derailment: people with too much rather than too little of a quality.

An important caveat is that psychologists have been quite correctly accused of ‘pathologising’ people and attempting to explain all sorts of issues (including leadership and management failure) in terms of personality functioning. You do not get fire without heat, fuel and oxygen: take one away and there can be no fire. Equally there seems to be three components to leadership failure. The first is the issue that psychologists focus on: namely ability and motivational and personality features of individual leaders. The second are organisational and structural factors such as corporate culture and governance, which may encourage or discourage moral and legal behaviours. The third factor is the potential followers of the dark side leaders who for one reason or another ‘go along with’ bad behaviours. Most problems are caused by a mixture of these factors.

There are three issues that lead to potentially derailing people being appointed. They are simple but important errors selectors regularly make.

1. Selecting in and screening out

We are fairly used to the idea of screening people who volunteer or are required to work with children, highly sensitive information or under conditions where safety is paramount. Traditionally the areas of concern include alcohol and drug abuse, a criminal record, conflicts with authority, misconduct, chronic financial problems and poor and inconsistent performance. A particular interest for psychologists has been how people handle anger and frustration.

However, it is rare for chief executives, military or political leaders to experience any select-out process.

The simple box below illustrates the issue. The aim of selection is to accept and select good candidates (A) while rejecting the bad, less able or less suitable (D). But selectors make mistakes. Nearly everyone has made a bad selection decision and lived to regret their error (B). Few know about the other common mistake, which is when they reject a candidate who later turns out to be the ideal candidate (C).

The traditional selection procedure nearly always starts out with a necessary and sufficient set of abilities, competencies or skills deemed appropriate for the job. You specify what you are looking for, and then seek evidence of those behaviours. Thus a competency may be team work or creativity and the process is aimed at determining as accurately as possible how much of this trait the person has. If they have enough this is deemed to be a part factor in favour of their successful application.

But what of select-out? Most people are selected out because they do not have enough of some skill or competency. It is comparatively rare for selectors to have a set of select-out factors. These may be things like impulsivity or obsessionality. Some people may argue that not having enough of a quality like integrity or honesty implies the presence of a select-out factor.

It is centrally important to look for evidence of things you do not want. Few organisations think like this and fewer actually have select-out processes. The consequences are often that leaders with potential derailing qualities sail through. Indeed, paradoxically, some of their derailers may actually assist them in the selection process. This is where the Hogan Development Survey comes to the fore because it focuses on dark side, potentially select-out factors.

2. Too much of a good thing

With very few exceptions all human characteristics are normally distributed. The issue is now called ‘the spectrum hypothesis’. It means that extreme normality is non-normality.

Many people believe there is a linear relationship between a ‘virtue’ and success. However, it is clearly apparent that leaders can be too vigilant, too tough, too hardworking. Selection errors occur because of linear rather than cut-off thinking. Too much of a good thing becomes a bad thing.

This idea has also been conceived as strengths overused. Strengths become weaknesses because one type of response is used too much and too often and other different behaviours are not learnt.

It might be a truism, but it is true that the best predictor of the future is the past. People are products of their past, not necessarily victims of it. There are extensive bio-data and psycho-history studies that suggest it is very unwise to look at an accurate account of an individual’s work history.

While there are a large number of factors that might indicate the possibility that a leader could derail there are three that are most important. They concern issues such as empathy, intimacy, identity and adaptation.

1. Relationships. Can the manager establish and maintain healthy, happy, long-term relationships with various sorts of people?

Leadership is a contact sport: leaders have to get the trust and loyalty of their team to succeed. They need to build team spirit and understand team dynamics. The socially skilled, empathic and perceptive leader knows how to initiate and maintain relationships inside and outside the workplace.

The ability to form and maintain relationships starts early. While nearly all researchers have demonstrated that problems with interpersonal relationships are at the heart of the problem for derailed managers, it has been suggested that these are often complemented by a number of self-defeating behaviours. These include being: rigid, hostile, defensive, overcommitted, and suspicious.

It was common to talk of communications, interpersonal or social skills. These were loosely defined as a set of learned, specific but related skills that allow us to understand and communicate relating to others: initiating and maintaining social relationships. Now it is more likely to be described as ‘emotional intelligence.’

2. Self-awareness. Does the manager have insight into themselves?

This is the accurate appraisal and understanding of your abilities and preferences and their implications for your behaviour and their impact on others. It’s reality testing – a calibration against the feedback from others.

Self-awareness is knowledge about the self: strengths and weaknesses, vulnerabilities and passions, idiosyncrasies and normalness. It can be derived in many ways. This comes from feedback in the classroom or on the couch. It can even occur at an appraisal and often comes out of success and failure.

It can take years to find out who you are, where you belong (in the family, organisation, community), and what you can best contribute. Some people are lucky; they are given opportunities to test their skills and see their impact. They then become more aware of their potential.

Three things help with acquiring self-awareness: first self-testing, exploration and trying things. Attempting new tasks and situations. The second feature is self-acceptance. This is neither the over- nor under-estimation of your talents. We are not all intelligent, creative, insightful etc. Third is seeking out feedback from others. A good friend, boss or teacher gives honest and accurate feedback.

It has been noted that derailed leaders’ early career success was often responsible for their later failure because they failed to learn. At various times in a career people have to learn to let go of old, odd, dysfunctional assumptions and beliefs and acquire new skills and ideas.

This may mean exposing oneself to learning situations that can be threatening and that may involve failure. Some organisations do a good job in preparing people for senior positions. Through a series of planned experiences and courses they hope to transition them to take on the responsibilities of higher management.

Also there are a range of transitions that most people go through. These include promotion to senior and then general management, losing a supportive boss or coherent team, going through a difficult merger, or simply experiencing disruptive organisational change. Some are offered coaching, mentoring and other ways to help.

Leadership derailment is surprisingly common. It occurs because few selectors are conscious of select-out, dark side variables, and because of the belief with regard to competencies that ‘more is better’ rather than differentiating between optimal vs. maximal traits. And what are the most common warning signs? The inability to form and maintain happy, healthy relationships; poor self-awareness; and a history of poor adaptation to change. 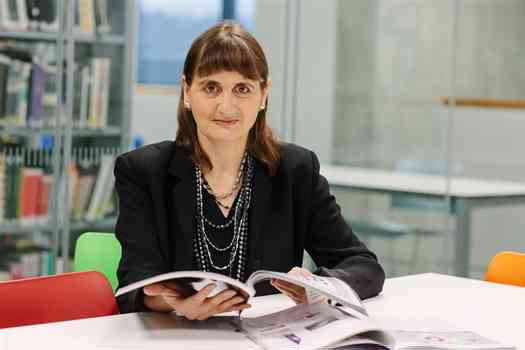 Bullying is a failure of management 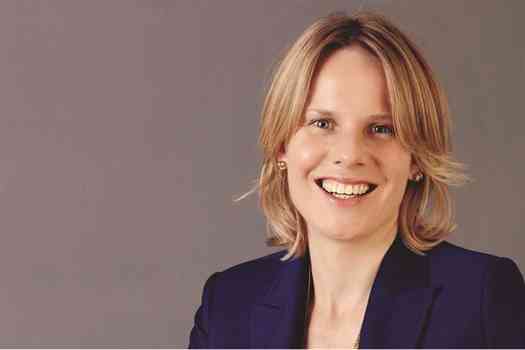 What Millennials want from their career journey

Learning from disciplinaries and grievances