Why are SMART objectives so boring? Olympic lessons on setting courageous goals 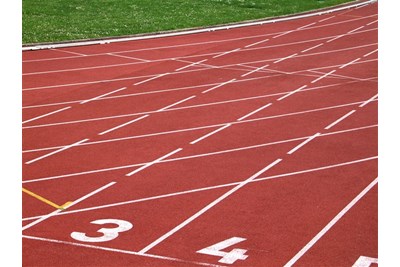 All of us in HR will have heard of the acronym SMART. We might quibble over what the initials stand for but we recognise the need for goals to be precise, measurable and well planned.

As a senior executive, entrepreneur and now executive coach I too know SMART goals work, but I am meeting many people who now think that this approach is becoming boring and that there is a need to go beyond being SMART.

Maybe the clue is in the 'R' for realistic? What is exciting about a realistic goal? Does it get people out of bed on a wet Monday morning? In the tough economic times, SMART goals are not enough - their emphasis on linear, incremental, rational steps is unlikely to generate the creative leaps that will trigger success in an ambiguous and shifting business landscape.

Often in my work I introduce Olympic medallists to inspire business leaders with their stories and anecdotes. Do Olympic athletes talk about SMART goals? No, they talk about crazy, game-changing, outrageous, terrifying goals like 'I want to win a gold medal at London 2012!'.

That is never a realistic target given the vagaries of an athlete's short time at the top but this does not stop them from setting such aims to motivate them to be the best that they can be. What is different about the world of Olympic sport and the world of business? In my experience, the following factors tempt us to dumb-down our aspirations:-

Athletes embrace failure as an inevitable fact of life and its occurrence does not crush their self-esteem but drives them onwards. In business, the risk of failure seems to carry a stigma of shame so the risk is reduced by diluting ambition and avoiding commitment

Lack of alignment of targets between organisation, team, leader and individual

In sport the finishing line is clear, agreed by all stakeholders involved and it does not move! In business, this is not always true. The difference between winning and losing can be subjective and open to political interpretation.

The inhibiting link of targets to remuneration, bonus schemes and promotion

Most goal setting in business occurs within the context of box-ticking performance appraisal processes which also govern promotion and reward decisions. In this context it is rational to aim for a bronze medal rather than the gold.

With London 2012 upon us maybe this is a timely reminder to move beyond SMART goals to courageous goals - a mind-set that engages the potential of the right brain to dream, inspire, excite, scare and motivate us to embark on bold adventures.

Next time you are engaged in a planning conversation with your team experiment with asking questions from this simple three step approach:-

- 'What would be your/our equivalent of winning an Olympic gold medal?'

- 'If you/we believed anything was possible, what would you/we want to achieve?'

-'What if you/we were being even bolder in our thinking?'

- 'Who do you/we trust sufficiently well to share this courageous goal with?'

-'Who are you/we frightened of sharing this courageous goal with? What are the reasons for that?'

- 'What is the smallest tangible step you/we could make toward this courageous goal in the next week?'

- 'What support could I/we give you in helping you take this step successfully?'

If we shake off the shackles of the SMART acronym, maybe we will breathe new life into tired processes and numb business aspirations. As the German philosopher Goethe famously said 'Whatever you can do, or dream you can, be it now. Boldness has genius, power and magic in it. Begin it now!'

John Blakey is the co-author with Ian Day of `Challenging Coaching – Going beyond traditional coaching to face the FACTS’' published by Nicholas Brealey.