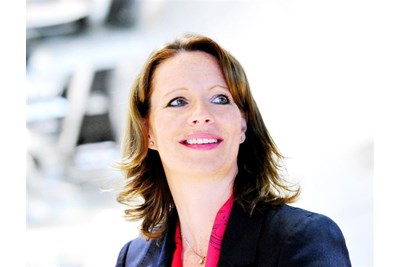 Outperforming organisations are embracing openness and discovering new opportunities to create value through collaboration but UK organisations are behind the curve, according to a survey of chief executives released today.

The IBM 2012 Global CEO Study of more than 1,600 chief executives from 60 countries, its fifth since 2004, reveals a trend towards more open, team-based working environments in which employees are empowered to facilitate innovation, creativity and collaboration. But CEOs are struggling to balance tight operational and financial control with a culture and structure that encourages disruptive creativity.

In UK organisations, regulatory concerns carry greater weight than in global ones, with 38% of CEOs surveyed saying the balance was to operational control to ensure compliance, avoid waste and enforce standards, norms and behaviours and just 33% saying they were opening organisations internally and externally. This compares to 35% and 44% respectively for all global organisations while 48% of outperforming organisations were working towards organisational openness.

Two thirds of CEOs in the UK/Ireland plan to improve collaboration and partnering with outside organisations over the next three to five years while 54% expect to see more internal collaboration.

To enable these new organisational environments successful employees will be collaborative, communicative, creative and flexible. In particular UK and Ireland CEOs believe flexibility is vital for success in the connected economy (80%).

IBM UK & Ireland chief executive Stephen Leonard said people skills had risen up the agenda since the surveys began. In both the global and UK breakdown it came second, just behind technology factors and ahead of market factors as the most important external force having an impact on the organisation. In the last survey in 2010 people skills was fourth place.

Social media, leveraging mobile and translating data into insight and, most importantly, speedy action will differentiate the winners from the losers, CEOs say.

The IBM 2012 Global CEO Study was compiled following 1,709 CEO interviews across 64 countries. IBM consultants met face-to-face with the largest-known sample of these executives. Between September 2011 and January 2012, 1,709 CEOs, general managers and senior public sector leaders were interviewed worldwide to better understand their future plans and challenges in an increasingly connected economy.