UK lags behind in global race to recruit innovative workers 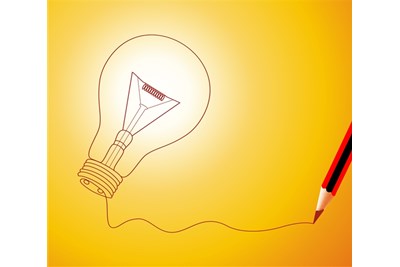 The UK is falling behind many other countries in the global race to recruit the most innovative workers from abroad, research from the World Intellectual Property Organisation (WIPO) has found.

The United States is the most popular destination for migrating innovators, followed by Canada and Australia. European countries including Germany, Italy and the UK are less successful at attracting this type of talent.

The research, which is to be presented tonight to the NORFACE migration conference at University College London, shows that the difference in innovative immigration rates between the US and other countries is even larger when looking only at migrants from non-OECD countries. The research states this is due to the sizeable inflows of skilled Indian and Chinese nationals.

The research is the first piece of work to analyse internationally comparable data on the global mobility of innovative workers and look at why these highly skilled employees move from one country to another.

It claims countries that are more efficient in allocating highly educated foreigners to highly skilled occupations gain an innovative capacity.

In seperate research also presented at the conference looked at the labour market performance of east European immigrants, and found immigrants from the central and eastern European countries that joined the EU in 2004 and 2007 are less likely to be employed than natives in Finland, Germany and the Netherlands.

In the UK, however. new member state immigrants' likelihood of employment is even higher than that of natives.

Merja Kauhanen, research coordinator and one of the authors of the research, said: "We detect interesting differences among the host countries in how much new member state immigrants' labour market position deviates from that of the similar natives and other immigrant groups.

"These differences can partly be explained by the level of these immigrants' host-country-specific skills, including language skills and the institutional differences among these countries.

"In the design of future immigration and integration policies, more attention should be paid to the causes of the relative disadvantages of new member state immigrants in the host countries and whether these disadvantages persist in the long term."

A third study also dispelled fears that student illegal immigration takes away university seats from native-born citizens and legal immigrants. It found in the US tuition subsidies are effective at increasing US college enrolment among likely-illegal students, without imposing large costs on native and legal immigrant student groups.

Co-author of the research Chad Sparber said: "Our findings should help to calm some of the fears of opponents of immigration. It does not look like illegal immigrants are taking university seats away from legal immigrants and native-born citizens."