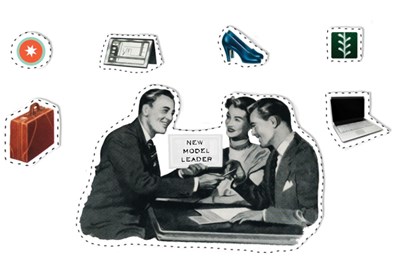 Good afternoon How do I register my interest for participation in the programme for HR in the Boardroom? I am currently HR Director at Sussex Downs College, previously Director of People and OD at ...

Spending on corporate learning is soaring, and the number one area is management and leadership development. However, the tools are changing, with peer-to-peer learning and coaching rapidly overtaking traditional methods.

With growth firmly back on the agenda for the majority of organisations, is it any surprise that leadership development is becoming a corporate priority once more? According to the CIPD’s 2014 Learning and Development study, 78% of organisations intend to carry out leadership development activities in the next 12 months. Producing a common standard of behaviour or changing organisational culture were the main motivations, followed by developing high-potential individuals as future executives. The Henley Corporate Learning Priorities survey also highlighted leadership capability development as the key priority for 2014, for both senior managers and high-potential individuals.

Yet while the topic of leadership development may be dominating the to-do list for HR professionals, there is a notable shift in how businesses are going about this. Where it used to be commonplace for organisations to send leaders and potential leaders away on residential courses or fund them to complete costly MBAs, is this being replaced with more on-the-job, ‘little and often’ development?

The resurgence of coaching, as covered in the July issue of HR magazine, suggests it could be. The Henley study found 83% of organisations intend to make use of coaching, with external coaches preferred for executive and senior management posts and internal coaches more likely for high-potential employees.

It’s an approach financial services organisation Capital One has taken, alongside running more traditional classroom-based learning and MBAs, says Karen Bowes, the company’s vice president of HR, international. “All of our executive tier have access to a leadership coach,” she says. “One reason is to work on aspects of their leadership development which we may have cited for them, but another is because they can use it for their own personal growth. People on our high-potential programmes also always have a coach or mentor assigned to them because we see that as helping them to ‘own’ their development. It’s not about teaching you something, but finding your path yourself.”

Among younger individuals on high-potential programmes, there is increasingly an expectation that such practical learning will form part of their development. “They’re bringing their customer expectations into their development world,” says Wendy Brooks, director of learning solutions at leadership training provider Hemsley Fraser. “The young generation of leaders, with a less inherent sense of hierarchy, expects to be connected to the strategy of the business and to have access to senior figures.”

Homelessness charity and housing association Framework has recently moved away from formal, classroom-based training to incorporate more real-life situations into its leadership development programmes, run by The Work Foundation. “We’re on a journey around moving to a different model, but it’s about taking a pragmatic and practical approach rather than sticking people in a room and teaching them some theory,” says head of HR Aisla Nicholls.

This means a much greater focus on what the organisation values culturally and where certain approaches could work in response to particular situations. “We’ve found that people are much more able to engage because it means something to them,” she says. “They can talk quite readily and easily about how they do some of those indicators. Even at operational manager level people are much more able to run with that.”

Where learning is more formal, there tends to be a strong emphasis on following up content with further interactions among participants after the event. “We’re seeing more structured in-house development programmes, which take a blended learning approach to make the best use of course content and more traditional classroom training, but continue the development after they have left,” says Ruth Stuart, learning and development research adviser at the CIPD. “That’s something we’ll see more of in future years – a blended approach which doesn’t just mean going on a residential five-day course but developing throughout your normal working day.”

It’s a trend that Rob Noble, chief executive of The Leadership Trust, has also noted. “One of the biggest changes is the way we maintain that cohort and allow them to co-coach and provide support for each other,” he says. “So after the course that group of people will be brought back together and reminded of the things they were asked to do previously, and they’ll get held to task by each other. They want a critical friend and to be able to step outside their organisation into a network where they have people they can trust and who will give honest feedback. That’s quite a big change.”

Some companies are developing their own means of helping leaders to learn from their peers. Capital One has implemented practical measures designed to help leaders and future leaders learn as part of their day-to-day work. “We have this mantra called ‘wisdom of the crowd’,” says Bowes. “The idea is that leaders become exceptional by bouncing their ideas around a diverse audience, both within the organisation and also externally. We do have an extensive leadership development programme based in the classroom but we also have a programme that sends our top leaders outside the organisation to network and hear examples of great behaviour in other organisations.” The business also circulates articles and trains individuals in practical skills such as telling a compelling story, she adds.

This kind of information-sharing can also feature as part of a coaching programme, and may be particularly helpful for ensuring leaders remain effective once they have reached leadership positions, says Graham Jones, managing director of Top Performance Consulting. “Developing ‘know-how’ is what helps leaders sustain themselves through times of pressure and uncertainty,” he says. “More and more of my work with senior leaders is now spent reviewing recent events and preparing for upcoming challenges. Experiences documented in the form of regularly revised and updated self-narrative journals or other similar techniques are a valuable vehicle for development.”

Yet MBAs and other more theory-based development programmes still have a role to play in shaping leaders, believes Stuart. “Something that is very important in order for leaders to progress through an organisation is an external focus and a real breadth of understanding about how they can drive innovation,” she says. “Some of these external courses or MBAs can help leaders spend some time outside of their organisation and explore alternative perspectives and ways of doing things that they might not have otherwise considered. But they need to be targeted towards thinking about the specific business needs and objectives, rather than using them as a blanket approach.”

There’s certainly likely to be more scrutiny around just why individuals are being sent on such courses in the future. “They have a place but they have to be justified in terms of time and money,” admits Nicholls.

Bowes, too, believes MBAs have a place going forward, although she admits this is more from a retention perspective. “What’s interesting is that I have had a number of our high-potential talent come to us and ask if MBAs are still current,” she adds. “The challenge MBAs have is how they evolve as we get into a more fast-paced, digital movement.” Leaders have also questioned the role of the MBA, she adds, although, for now, Bowes remains an advocate.

One way in which MBAs are adapting, says Noble, is by becoming more specialist –something his organisation has noticed in the options it provides to those looking to study. While previously those working towards an accreditation would have been happy to do a more general leadership course, this has changed in recent years, he says. “People are more interested in doing the strategy and change management courses [we offer] because they fit in with the topic of their MBA,” he adds.

Yet Gareth Jones, chief technologist at consultancy The Chemistry Group, isn’t convinced, believing MBAs are a reflection of an industrialised society and an outdated, autocratic management style. “There is still a place for continuous higher-level business acumen interventions, which is what an MBA was originally designed to do, but they’re going to need to become more collaborative,” he warns.

Ultimately, Jones believes the biggest challenge in leadership development is around getting individuals to change their behaviour, to help them cope with the rigours of leading more modern, open and democratic organisations.

Good afternoon How do I register my interest for participation in the programme for HR in the Boardroom? I am currently HR Director at Sussex Downs College, previously Director of People and OD at Papworth Trust. Look forward to hearing from you. Kind regards. Tim

Hi Tim Thanks for expressing your interest in our HR in the Boardroom programme. You can find out more about it and register your interest here: http://www.hrmagazine.co.uk/hr-in-the-boardroom/about Thirza (sub-editor, HR magazine)

There is a LOT of group work during my MBA classes which some shy people are not fan of. After working all day, the last thing they want is to meet for extra hours outside of class time, but I like this. http://gmat-scope.blogspot.com/2012/03/gmat-preparation-questions.html