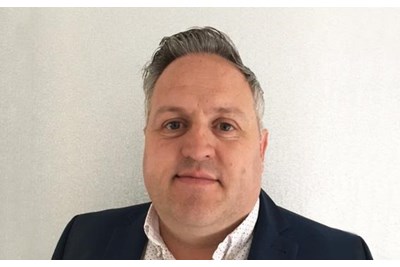 Lee, I could not agree more. Roughly 7% of our workforce is made up of apprentices and the levy "tax" has made what was an a rewarding side of employment labour intensive and admin heavy. I now have ...

Apprenticeships are incredibly important, but poorly thought-through policy has the potential to be counter-productive

The word apprenticeship comes from the Old French ‘aprentiz’ meaning ‘someone learning’.

In Stonegate Pub Company over the last few years we have had around 800 employees in learning each year, the funding for which has come from the government direct to our training provider. In return we deliver training, coaching and mentoring in a safe working environment together with the opportunity to progress within our organisation.

Since the company was formed in 2010 we have been heavily involved with apprenticeships. Therefore it was in our interest to stay close to the apprenticeship levy when it was first announced in 2015’s Autumn Statement. We’ve dutifully attended many briefings, met with numerous providers, and sat on roundtables to debate how it should work.

It is through this in-depth understanding that I have formed the following opinion: the levy penalises businesses that were already driving apprenticeships.

A report from the Sub-Committee on Education, Skills and the Economy described the government’s apprenticeship levy and target of three million starts as “blunt instruments”. Some companies are writing the levy off as a stealth tax and I have spoken with several employers for whom, like Stonegate, this ‘blunt instrument’ will mean a vast reduction in the number of places they’re able to offer.

Our levy will be approximately £800,000. With the 10% government top-up the pot sits just short of £900,000. The training standards for the retail leisure industry are £5,000 each. Which means we can afford roughly 180 apprenticeships per year. ‘But the apprenticeships only cost 10% once you have spent your pot,’ I hear you say. This is true. But I can’t see many HR directors going to CFOs and saying: ‘You know that £800k I’ve spent on apprenticeships this year, could I have another couple of hundred grand please?’

There is of course also the non-payment of NI for under-25s on a programme. But while this may add another hundred on to our apprenticeships number it will be nothing like the number of places we were previously offering.

Hospitality is a sector perceived to attract the unskilled, and as offering pocket-money jobs and little career progression, when quite the opposite is true. This image has not been helped by former Ofsted chief inspector Michael Wilshaw recently criticising apprenticeship providers who accredit what he deemed low-level skills such as barista training and bar work. Someone this senior demeaning qualifications in an industry that contributes millions to the economy and supports two million jobs makes attracting people even harder.

The Sub-Committee report was similarly unhelpful. It states that the target for three million apprenticeships could hamper attempts to raise their quality, and goes on to say: “…this training must take place in the sectors of the economy and the regions of our country where it will do most good…” But what does this mean?

Ours is a sector not to be ignored, with one in eight of the population employed in the broader hospitality sector. It is often the stepping-stone to a wide and varied career. Ours is one that equips young people with crucial social and business skills, enabling progression from the bar to the boardroom. It facilitates the development of swathes of entrepreneurs who go on to run their own businesses. We are also one of the few sectors that can boast such opportunity irrespective of entry level.

But poorly thought-through policy has the potential of being counter-productive and an unlikely aid in helping to achieve the three million target. Meanwhile conscientious employers like us will continue training and developing our people. Just a few less than before.

Lee, I could not agree more. Roughly 7% of our workforce is made up of apprentices and the levy "tax" has made what was an a rewarding side of employment labour intensive and admin heavy. I now have a dozen agreements to scrutinise, budgeting and workforce planning to carry out and a difficult conversation ahead in persuading the FD to agree to the 30 day terms of the SFA for the 10% payments. The ROI of employing an apprentice or 30 plus apprentices in my case has become a lot less tangible, seemingly overnight.