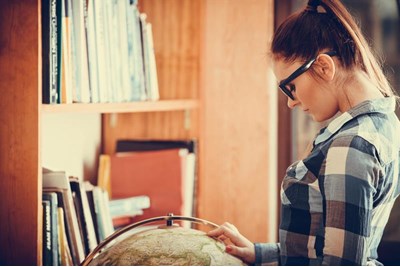 Fears surrounding Brexit have doubled among 2017 graduates since the start of the year, according to research from career networking site Magnet.me.

When 8,231 British users were polled in January, a third (35.5%) flagged Brexit as their greatest concern in securing employment. This has now risen to almost two-thirds (64.9%).

While immigration has dominated the Brexit debate, only one in 20 (5.4%) of those polled said they were confident that they were more likely to get a job under tighter immigration rules.

The upcoming general election was also found to be affecting attitudes. The majority (71.4%) said they would be more optimistic about securing a job in 2017 if the Labour party comes into power. Only 16.1% polled felt a Conservative government would be an encouraging sign for their job prospects.

However, there were also doubts around the capability of various parties to deliver on their promises. While 37.5% were confident that the manifesto pledges of Labour and the Green Party to remove tuition fees would become a reality, 53.6% felt this was uncertain.

Vincent Karremans, founder and MD of magnet.me, said that current affairs are having a clear impact on young people. “At the start of the year two-thirds of students were optimistic about getting a job this year, but six months later more than half have lost hope,” he said. “The growing uncertainty around handling Brexit negotiations and the potential outcomes of the general election have clearly compounded job fears for graduates entering the workforce.

“Political parties and companies alike are not doing enough to allay the fears of the next batch of graduates. Electioneering encompasses a wide range of issues and it seems students, despite their doubts about the abolition of tuition fees becoming a reality, are favouring a Labour government when it comes to securing employment.”