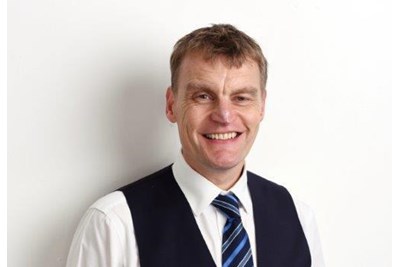 Boris Johnson’s refusal to enshrine EU citizens’ rights in law shows disregard for all migrants, including British citizens who have created new lives in Europe

In his first speech as prime minister Boris Johnson appeared to promise new legislation to safeguard the rights of EU citizens residing in the UK. Johnson took the time to “repeat unequivocally our guarantee to the 3.2 million EU nationals now living and working among us”.

He added: “I thank them for their contribution to our society and for their patience, and I can assure them that, under this government, they will have the absolute certainty for the right to live and remain.”

Some in his own party took this to mean he was introducing primary legislation to safeguard EU citizens’ rights. Conservative backbencher Alberto Costa gave interviews celebrating the PM’s move. Costa previously resigned from Theresa May’s government over its failure to guarantee the rights of EU citizens residing in the UK.

However, a spokesperson for Johnson later clarified that there would be no new legislation or changes in policy with regards to EU settlers in the UK. He was quoted as saying: “You heard him talk about the settlement scheme there. We want people to be registered, and we’re making an unequivocal commitment to make sure their rights are protected.”

But the problem with the EU Settlement Scheme is that, unlike rights under the EU Citizens' Rights Directive, it isn’t declaratory of a status an individual has by force of law. It’s simply a set of rules and guidance, rolled out and controlled by the Home Office, whereby status is granted subject to administrative rules. This means that it can be scrapped in the future if it is seen as being no longer fit for purpose, or failing to represent the idealogical approach of the government in place at any time.

It also means that if a no-deal Brexit happens at the end of October (as now appears quite likely), EU citizens’ residence rights will become significantly less secure than they are currently. While the UK remains part of the EU, the right to permanent residence is derived from the government’s treaty obligations and is guaranteed in international law. A no-deal Brexit will cut off these entrenched rights immediately.

Another issue with the Settlement Scheme is that of take-up. It is extremely unlikely that every EU citizen residing here will comply with the requirement to register and obtain their obligatory settlement status. Some people will inevitably fall through the gaps and fail to legitimise their post-Brexit residence. And without legislation to protect the rights of these people there exists the very real threat of a second Windrush scandal.

Estimates (by the Liberal Democrats) have indicated that up to 500,000 individuals could be affected by a lack of legal immigration status, around 10 times more than those of the Windrush generation. Those particularly at risk are the most vulnerable members of society – the elderly, those in care, and children of EU citizens whose parents may not realise the need to legitimise their residence here.

Frustratingly the government is ignoring the advice of its own advisers – the Home Affairs Select Committee has already recommended primary legislation to protect EU citizens’ lifetime rights, warning very clearly of the risk of a second generation of settlers into the UK facing disruption to or removal of residence rights.

Another pressing settlement issue the government is failing to get a handle on is that of the 1.3 million UK citizens residing across the EU currently. Spain has already indicated that it will not safeguard the rights of UK citizens living there until the UK puts in protections for its own citizens residing in the UK. And why should the other European nations play nicely when our own government is playing fast and loose with the EU citizens it claims to value so highly?

The issue of settlement is a major one for the government and is not going to disappear quickly. It is a toxic issue and although the Brexiteers currently running the country appear willing to ignore it, it is unlikely to be something that other MPs allow to drop. Boris Johnson and his cabinet must take formal legislative steps now to protect both EU citizens living here, and also uphold their duty to UK citizens residing across Europe

Employers can help their EU-national workers and employees by reminding them of the need to register, and offering support where possible. The types of support that may be helpful include providing easy access to and copies of employment documentation in order to evidence residence, internet access to complete the application, and English language support if a language barrier exists.