Pension scammers moving away from cold-calling 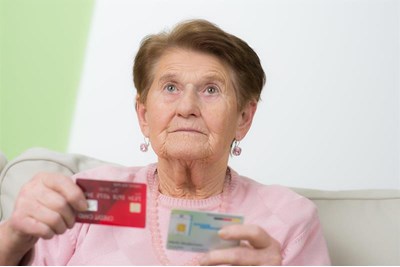 Employers must help raise awareness around pension scams, as scammers move away from traditional techniques

Just 12% of suspected pension scams involve cold-calling or similar, according to research from the Pension Scams Industry Group (PSIG).

This kind of cold-calling was been made illegal in January, with companies making unsolicited calls to people about their pensions liable to face enforcement action from the Information Commissioner's Office, including fines of up to £500,000.

It found that more than half (52%) of suspected pension scams involved an unregulated introducer, an adviser in a different country from the member, or an adviser who appears on an internal watch list because of previous concerns.

The research cited lack of member awareness as a major concern. In 49% of cases the member had limited understanding or appeared to be unaware of who was providing the advice, the fees being charged, or the receiving scheme to which the transfer would be made.

Jonathan Watts-Lay, director of Wealth at Work, said the research shows that scammers are moving away from traditional methods such as cold-calling.

“The Financial Conduct Authority recently reported that more people are being targeted online through emails, professional-looking websites and social media channels such as Facebook and Instagram. Events in recent times have also highlighted how factory-gating [setting up outside workplaces to tout for business] is being used as a means of contact by potential fraudsters,” he said.

“It is therefore important not to over-rely on the new cold-calling ban as a way of preventing all scam activity as it’s not going to stop all fraudsters – especially those who are now using more sophisticated methods.”

He added that financial education plays a role in helping to inform members, but that employers have a duty to guide employees to reputable schemes.

“Financial education and guidance at retirement can help with this as members are more likely to make informed choices; including being able to decide if they need further support such as regulated advice,” he said.

“There is a duty of care to have processes in place to help members and employees understand how to protect themselves. But it’s not enough just to put these services in place – schemes and employers should ensure that reputable firms are sourced that have been subject to thorough due diligence, as well as agreeing consistent and fair pricing. This would make the whole process far more robust.”

Research by the Financial Conduct Authority found that pension scam victims lose an average of £91,000 each. Some 10.9 million unsolicited pension calls and messages are made a year, according to Citizens Advice.