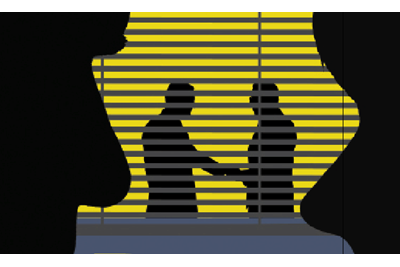 It’s amazing to find companies taking so long to realize that. You need to be at the table ideally before the due diligence process as we have a lot to offer. https://www.idealsvdr.com/

HR professionals should be brought into mergers and acquisitions (M&A) processes as early as possible to avoid failed deals, a business school report has recommended.

Interviews with 31 professionals and in-depth interviews with seven found only 10% of companies included HR at the targeting stage of a deal, while 81% involved them at the integration stage.

However, respondees suggested this was too late and that without HR’s involvement, problems arose and expected returns on investment either failed to materialise or were significantly delayed.

One of the report’s authors, deputy director at the Cass M&A research centre Anna Faelten, told HR Magazine directors were failing to realise the importance of integration within M&A deals.

“If you fail on the integration piece, you will never be able to succeed,” she said. “When you add-in the complexity of people, which is especially important in the integration period, that’s usually when HR is brought in.”

Faelten said HR was often involved at the stage a merger or acquisition was announced, which gave teams too little time to plan ahead. “That’s very difficult in terms of motivation for the people involved, but also because the first 100 days in M&A are crucial to make it work,” she said.

Faelten said it was vital for companies to involve HR at the due diligence stage of an M&A deal. “You’re trying to work out if the organisation can merge with another from a culture perspective,” she said. “Not having them at due diligence doesn’t make any sense at all.”

She suggested one reason HR has traditionally been left out of early stages of the process was because of “a general perception outside of HR that HR people do not have the financial acumen to be involved in the team”.

“For a long time within the HR profession we’ve been saying it needs to be brought to the table early-on,” he said. “It’s amazing I still find companies taking so long to realise that. We need to be at the table ideally before the due diligence process as we have a lot to offer.”

Fisher suggested the reason HR was not involved until later deal stages was because company directors were more focused on finance than people.

“The focus for and M&A is more linked into market strength, expansion and financial life,” he said. “It’s not until you get in to the due diligence and the integration that the people who are running the business, who tend to be from a marketing or financial background, actually begin to think they need some people help.”

The research also found the top reason cited by respondees as contributing to the failure of a deal was culture - an area researches said HR would be “ideally-placed to judge at the early stage of a deal”.

It’s amazing to find companies taking so long to realize that. You need to be at the table ideally before the due diligence process as we have a lot to offer. https://www.idealsvdr.com/