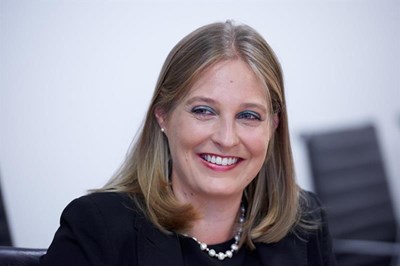 The past 10 years have seen a significant increase in restructure and redundancy activity as many large conventional organisations and retailers face stiff competition from e-commerce platforms. This has only been aggravated in recent times by Brexit uncertainty. While redundancies may seem like an attractive and cost-effective solution for many companies needing to tighten their belts, they're no silver bullet for escaping potential unfair dismissal cases as a result.

Earlier this year John Lewis announced that the annual bonus would have to be reduced to its lowest level since 1954. The company revealed that its profits had dropped 77% because of redundancy and restructuring costs. More recently Ladbrokes announced that 5,000 of its staff would be made redundant, and we are yet to see what impact a post-Brexit environment will have on the UK economy.

Some companies are assuming that restructuring and redundancy processes can be undertaken internally without getting expert legal opinion involved. While this may seem cost-effective at first. it is a trap that can result in dramatic long-term costs for the organisation.

The redundancy process being pursued by Ladbrokes is of particular interest as the company has set up a very unorthodox selection criteria that all employees at risk of redundancy must undertake.

Once a company has established that there is a need to make redundancies and has settled on a group of potential candidates then a fair redundancy process involves genuine consultation with the employees who are at risk. With a company such as Ladbrokes, where there are more than 100 employees and union representation, the consultation should start on the selection criteria.

The selection criteria chosen by Ladbrokes, however, is surprising. It is reported that the scoring of the selection criteria breaks down as: an online test accounting for 40% of their score, face-to-face interviews that make up 20% of the score, past disciplinary records which will account for 10% of the score, and finally a test that involves persuading new customers to sign up that will constitute 30% of the overall score.

So it appears that 60% of the score is more reminiscent of what an employer might use to determine who should be employed for a role in a formal recruitment process. The fundamental issue is that the assessment criteria overlooks all the data that is available about how an individual performs in reality as an existing employee of Ladbrokes. This runs the risk of making the entire process unfair.

The selection criteria and its application need to be objectively justifiable. Ignoring or minimising the past performance of employees can lead to results that are both unusual and make the redundancy process unfair.

It is crucial for organisations to remember that restructures and redundancies remain only ‘potentially fair' reasons for dismissal. There are many ways a business can still end up unfairly dismissing an employee through a restructure and redundancy process, resulting in spiralling costs and a potential domino effect among a large group of employees who have been made redundant. Seeking objective legal advice from an external employment specialist is paramount and can prove very cost-effective.