Increasing number of companies recognise the benefits of offering sabbaticals 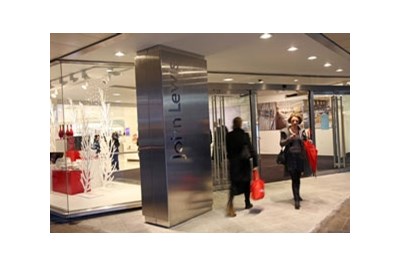 Sabbaticals are growing in popularity for UK companies as they can benefit both employees and employers. In 2009 there were 19 companies on Fortune's '100 Best Companies to Work For' that sponsored sabbatical programmes, a 36% increase on 2008.

Before the economic downturn, the main focus for organisations was to try and attract future employees; however, there now seems to be a shift towards companies looking at ways to retain existing talent long term. As a result, it has never been more important for HR professionals to communicate the full range of their benefits programme so employees know the options available to them.

One great way of retaining staff is to offer paid sabbaticals, as these are a highly effective way to keep workforces motivated and engaged.  John Lewis runs one of the longest-running paid sabbatical schemes in the UK. Now in its 30th year, the programme is unique as it seeks to reward partners with 25 years' service the opportunity to take up to six months' fully paid leave.

Throughout the years we have offered this benefit, we have seen employees come back reinvigorated, with increased commitment and new perspectives on their working life. Paid sabbaticals help retain top talent across all generations and can benefit companies of all sizes, they also fit well with the workplace trend for flexibility and having a good work-life balance.

Maggie Davies joined Peter Jones in 1981 as a school leaver. Starting on the Management Training scheme she worked her way up the career ladder and reached department manager level. She worked in a variety of John Lewis shops, until settling at John Lewis Cheadle and Trafford. In 2007 Maggie decided she wanted a new challenge and applied for a job as personnel manager across John Lewis Cheadle and Trafford, where she works today.

In December 2008, Maggie and her husband Glynn decided to embark on their six-months long leave.  Glynn, who works at John Lewis as a learning and development manager, has been at the company for 31 ½ years.

"Glynn and I had the most fantastic time during our long leave. We both have a passion for travelling so we decided it was the perfect time to take a round-the-world trip. We travelled for the first two months, visiting Australia for four weeks, New Zealand for three weeks and San Francisco for a few days on the way home.  Some of our most memorable experiences were spending New Year watching fireworks in Sydney, travelling along the Great Ocean Road in Melbourne and exploring the ins and outs of Alcatraz in San Francisco.

"However, when we returned home, my travels didn't stop there. I also went on a couple of mini-breaks in Europe, visiting Seville and Paris with friends and going on safari in Kenya and Zanzibar. This was an amazing experience - it was incredible to be inches away from the big five in their natural habitat.

"It has been such as privilege to not only be granted six months off work but to also be paid for the pleasure. Most people would usually have to wait until they had retired to see and experience the things we have seen in the past six months. I feel Glynn and I have definitely made the most of our long leave and we will always be thankful to John Lewis for the memories we have from this period."