How to combat 'mansplaining' in leadership 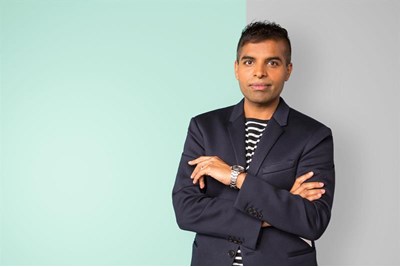 According to the Oxford English Dictionary, mansplaining is 'to explain something to someone, typically a man to woman, in a manner regarded as condescending or patronising'. Usually men who are guilty of this behaviour adopt a tone they wouldn’t use with male colleagues when mansplaining to a woman. An assumption tends to be made that the receiver does not possess the same level of expertise as the presenter, and so would benefit from their advice.

While advice and assistance are often welcomed in a professional environment, being interrupted to have someone explain something obvious or a concept you are clearly familiar with is frustrating – especially when the explanation is given in a condescending tone.

What can we do to combat mansplaining?

There’s nothing worse than having honed your skills and succeeded in your career only for a colleague to speak to you as if you had just entered the world of business with no prior education. However, it shouldn’t take a job or even career change to avoid this. As tempting as it may be to respond with aggression, there are a few calm steps that can be taken in response to this behaviour.

All too often mansplaining is the cause of a breakdown in conversation between men and women – even when they don’t realise they are doing it. As a woman, the easiest option when faced with this behaviour is to grit your teeth, bite your tongue, take a deep breath and ignore it.

Avoiding addressing this behaviour is one way of dealing with it, but no-one should be forced to smile and nod when being talked to in a condescending manner. You need not print sticky labels for every ‘mansplainer’ in the office but tackling this behaviour by educating colleagues on how it affects others is a start.

You might be met with an eye roll when using the term itself, so cut to the chase by thanking your colleague for their input and politely reminding them of your credentials while informing them that they need not compete with you in conversation. Asking someone calmly why they feel the need to use this tone with you will further put them on the spot and usually leave them without a valid answer.

If a colleague feels they are qualified enough to advise you in a particular area or to explain where you went wrong in your work, a quick check on their credentials and experience is often a sure-fire way to shut down the conversation. This can be a simple and effective way to put an end to the mansplaining – for now.

Having already made clear your understanding in a particular area, being faced with the same situation by the very same colleague later on is exasperating. If your ideas have been challenged or a colleague is telling you they would have executed a project or task differently, don’t hesitate to stand up for yourself. The choices you made were well-informed and you are well within your rights to disagree.

Most of all, don’t feel put down or put out while at work. You have been hired and placed into a level of responsibility because of your capabilities. Often the best way to deal with mansplaining is to simply point out that you have an opinion and that your opinion matters.

As a leader it is important to protect your staff too. If you see a colleague fall victim to mansplaining don’t be afraid to take them aside and have a conversation. Your leadership development will be based around how you calmly and maturely deal with a situation and reassure your team members, in order to diffuse conflicts.

Suki Sandhu is founder and CEO of Audeliss