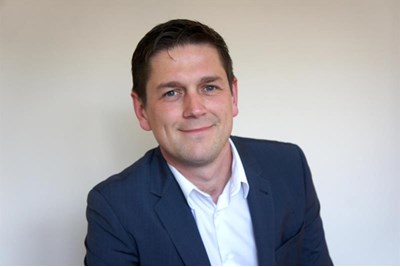 According to research published by the CIPD, only 20% of employers paying the apprenticeship levy support the new system, 53% want it to be scrapped and replaced with a broader training tariff, and 22% don’t know whether they’re paying for the levy or not. These findings paint a bleak picture of employers’ attitudes towards the levy, which is still less than a year old.

Employers are right to be concerned. If they’re confused and don’t see how it can benefit their business, or if the levy just seems like another financial commitment, it’s understandable many might view the new scheme as a barrier rather than a boost to productivity.

But it’s still early days. Right now, as we settle into the new system, employers should consider how the levy can help their businesses. Combined with more education about how apprenticeships can best be used to achieve organisational goals, this will ultimately help the levy to enrich both individuals and industries.

Realistically, it is not surprising that there has been slow uptake in the first few months following the levy’s introduction. With so much new information for businesses to take on board regarding the rules and legislation, this can easily be attributed to employers’ lack of awareness about the system and how they can benefit from it.

But it would be unwise to ignore apprenticeship take-up, as apprenticeships are an important part of the training ecosystem. It’s now up to the government and individual industries to educate employers, raising awareness of the levy and apprenticeships more widely.

The CIPD’s findings showed that a fifth (19%) of levy-paying employers don’t plan to use the newly-created fund to develop apprenticeships – viewing their contributions as yet another tax. Many prefer to continue to offer their own in-house training as before.

Amid this reluctance the CIPD says that 53% of employers would prefer a broader training levy to replace the apprenticeship levy. It’s easy to see the argument for this, but it’s worth remembering that apprenticeships are designed to meet the needs of industry and the wider economy – not just the training needs of individual employers. A sensible approach would be to allow more time for the reforms to bed in, and then introduce a degree of flexibility that could be increased incrementally.

Considering the importance of apprenticeships to the UK’s future, employers in every industry should take a moment to identify skills gaps and think about how programmes can be developed to benefit their business and sector, whether they require more technical or non-vocational skills – such as leadership and management abilities.

While the government is keen to attract higher numbers of young people into apprenticeship roles, the levy isn’t exclusive to the under-24s. There is a wider value of apprenticeships for a broad range of people of all ages and abilities. For instance, in companies experiencing leadership skills gaps in middle management, higher-level apprenticeship programmes could be implemented to upskill existing employees.

But it’s not solely up to employers to make the most of the levy this way: training providers should work with employers to develop training programmes alongside apprenticeship standards – so that the levy works for businesses.

Employers are right to raise their concerns about the levy, because we need to work together to help the new system fulfil its purpose. And rather than dismissing it immediately it’s important to remember why it was put in place: apprenticeships play an important role within the training ecosystem, and have the potential to help the UK economy by plugging skills gaps across every industry.

We need to allow some time for the kinks to be straightened out and for employers to take advantage of the levy. However, with businesses still lacking the information they need the government and relevant industries should be encouraged to launch an awareness campaign, which would likely speed up this period of adjustment.

In the meantime, let’s continue the open dialogue between parties concerned with apprenticeships – including employers, training providers, awarding bodies and the government – to ensure apprenticeships remain a vital tool for equipping the UK workforce with the skills to remain both productive and competitive.

Jake Tween is head of apprenticeships at ILM