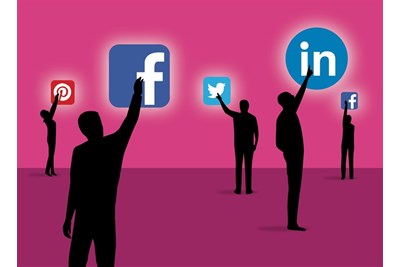 Social networks are everywhere these days. Whether for professional or personal use, they're more popular than ever. Learn how to get social media recruitment right, and the pitfalls to watch out for.

For anyone putting together a business case for social recruiting, there’s no shortage of statistics. Research from social recruiting platform Jobvite indicates the vast majority of recruiters (94%) either already use or plan to use social media for recruiting.

Meanwhile, research firm Aberdeen Group says that 73% of 18- to 34-year-olds found their last job through a social network.

But despite its wide-scale adoption, there are still a lot of mistakes made when it comes to social recruiting. Andy Headworth, founder of Sirona Consulting, which helps organisations integrate social media into their recruiting strategies, thinks many recruiters make assumptions about such channels and fail to do their homework. They also seriously underestimate the amount of time and resource needed. “To start with, it isn’t Monday to Friday, nine to five, it is 24/7 and needs response coverage all the time,” he says.

This is HR magazine’s guide to getting it right.

Work out why you think social media will be the most effective medium for a particular position. According to Headworth, too many companies get started with social media recruitment because competitors are using it. “You need to ensure your target audience are actually on social media in the first place, and then more specifically which social media platforms they are on,” he says.

Kevin Hough, head of group resourcing at LV=, explains that one of the insurer’s business goals is engagement and profile raising in the local community. “We have a strong brand, but people don’t always know about our locations so we try to encourage people at our sites to share and spread updates within their own networks,” he says. “This has resulted in some fabulous engagement and some powerful stories being shared.”

While LinkedIn, Facebook and Twitter continue to be the big guns on the social recruiting landscape, it is important to look beyond them. So, for technical recruitment there are a raft of techie hang-outs such as GitHub and Stack Overflow where top IT talent can be found. Also consider sites that aggregate information from people’s profiles and present it in one place.

Whichever channel you opt for, keep in mind that each has its own culture. “The type of messaging and engagement used is different,” says Headworth. “For example, LinkedIn is primarily a professional network where people ‘expect’ communication around work subjects. Facebook is much more personal and the same approaches would be met with negativity.”

Michelle Adams, head of leadership, talent and resourcing at O2, recommends starting slowly and identifying who you want to reach and the best channel available. As well as the most common networks, O2 uses Instagram and up-and-coming platforms, but Twitter is an increasingly important channel.

Bring your mission to life

Social recruiting isn’t merely about publicising vacancies. This misses some of its most important benefits, such as cultivating two-way relationships with potential talent and informing them about what it is really like to work for your organisation.

“It’s not just another ‘one-way’ means to push our vacancies out,” says Hough. “It’s about authentically promoting our employer brand. LV= is a very different place to work within our industry and we try to make sure this message comes across in our interactions. We’re really proud of the social media channels that we’ve built up and that’s been a result of having a clear strategy and understanding what people want to be seeing and interacting with.”

Adams adds it is vital to “hit the right tone” with potential employees on social media, giving them a real flavour of what it’s like to work for you. “There’s no point in presenting a false version of yourself as a company – that won’t help your new employees,” she says.

If you have run a specific campaign using specific channels with a defined end point, it will be relatively straightforward to extract data to measure effectiveness. It becomes trickier when trying to gauge its effect on the overall recruitment strategy, especially when jobs are being pushed out to multiple channels. According to Headworth, all inbound traffic to your career site and application tracking system (ATS) needs to be monitored.

“You can do this by using trackable links for content, pages and jobs, and then monitoring them via your analytics,” he says. “Some of the better ATS now do this automatically, so you can at least start to measure the source of hire, and then by default the basic ROI.” Talk to your ATS or recruitment software provider if it doesn’t currently include this functionality.

Be mindful it isn’t only about measuring applicant numbers. Hough says his team also use a number of different measures including follower activity, engagement with postings and the characteristics of LV=’s follower base. It’s important to keep track of how much time individual recruiters are spending on social media to perform their jobs, as this is often overlooked.

HR and recruitment functions can learn a great deal about social media from other departments such as marketing and sales. They should also make sure that messaging around the employer brand is consistent across the organisation. “A candidate doesn’t necessarily distinguish between different departments as the company’s employment brand is represented by the brand they see and the individuals they interact with,” cautions Headworth. “For example, in retail a candidate’s first experience of the brand may well be as a customer and that interaction-perception will influence their decision as a candidate.”

O2 has been listed by Potential Park Research as one of the top 10 businesses in the UK for social media use in talent attraction for the past two years. According to head of leadership, talent and resourcing Michelle Adams the overarching aim of its social recruiting strategy is to attract top digital talent to join the business, and it uses different channels to develop a “two-way street” to show why they would want to work there. “At O2, we want to be known for being an exciting, fast-paced environment that’s at the cutting-edge of digital, so we make sure those aspirations are reflected across all our social media platforms, and that our online personality matches up with the experience people get when working at O2,” she explains.

It makes use of a wide range of well-known and lesser known sites. Experience is informing the business where best to channel its efforts for specific groups. Twitter is proving extremely valuable for connecting with young people for its graduate, internship and apprenticeship programmes. It is also used for hosting live chats with current graduates and apprentices to give candidates a behind-the-scenes look at life at O2. “In 2013, the traffic on Talentum, our recruitment site for young people, had a huge boost directly from Twitter,” says Adams.

But it is not only about young talent. “We also use Twitter to spread the word about all upcoming roles in local stores, tweeting about our new vacancies directly to relevant local media and local influencers,” Adams says. “This is really effective as it helps us to be targeted with our information, showcasing our opportunities to the right people.”

For more experienced hires or non-graduate recruiting, 45% of external hires come through social media channels, with a high proportion of these applicants via LinkedIn. “We recently recruited our head of online for stores using LinkedIn after exhausting other traditional recruitment channels,” Adams reveals.