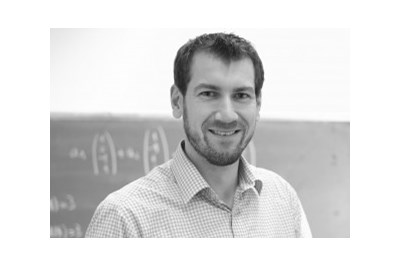 It is always a high risk to manage expat in the countries with high risk. In this case companies deploying their employee to high risk countries it is always advisable to heir a local Manage Services ...

In recent years, expatriate assignments have increased steadily, covering literally every country in the world. Unfortunately an increasing number of these countries are susceptible to threats and problems, of which terrorism is among the most significant.

For internationally operating companies with employees around the world, this is a very real issue, as they are often seen as a ‘softer target’ than government, military or official bodies.

We analysed two surveys of (senior) executive expats in high-risk countries. We also looked at the offline, ‘real world’ social networks – and we’re not talking about Facebook or Twitter here – that expatriates maintain and what kind of support they can derive from those networks.

Our findings clearly show that organisational support has a significant and positive effect on an expatriate’s work attitude. While social support by co-workers is important, social support received directly from the organisation has an even bigger effect. In addition, there was a clear preference for quality over quantity of social support. In other words, intense support from a few people creates a more positive work attitude than medium to low intensity of social support coming from many. A constant, transparent and open dialogue between expatriates and head offices is essential and it is crucial that the expat actually perceives and values the kind of support that is given.

With regard to expats with families – no matter whether the family accompanies the expat on assignment or not - tensions related to a potential terrorist threat have a tremendously negative effect on work performance. But effective social support can help diminish these. This can take many forms. As well as helping widen the expat’s social network, regular safety training and the provision of mentor support can be invaluable.

It’s not about the money

When it comes to satisfaction with compensation, we found that a higher satisfaction leads, unsurprisingly, to a more positive work attitude. However, this needs to be interpreted with caution and must be considered in the light of an individual's level of concern about terrorism. In those with a high sensitivity to terror threats, the positive effect from their satisfaction with compensation vanishes. For them, better results can be obtained by fully drawing on the power of social support. This does not mean that they can be underpaid but the compensation package becomes a side factor.

We also looked at the social network characteristics (network size, closeness, frequency of contact and diversity) of 175 expatriates in Afghanistan, India, Pakistan and Saudi Arabia and the effects of these characteristics on their psychological wellbeing. In the vast majority of cases, the positive effects of social networks are more beneficial for expatriates when the exposure to terrorism in a country is higher; being embedded in a benevolent social network is the most important source of support and helps individuals to cope. Network partners from the home country are especially important for newly arrived expats until a new network is established in the new environment.

Despite the fact that we could discern no significant differences in the characteristics of social networks when looking at different countries’ individual terrorism threat levels, we found that the more dangerous a country, the more valuable a large social network.

The results with regard to closeness – or relationship intensity - were more ambiguous. Overall data indicated a negative relationship for closeness, suggesting that being closer to somebody is detrimental for psychological wellbeing. However, this counterintuitive finding can be simply explained. When distinguishing between network partners in the home country (e.g. family) and in the host country (e.g. other expats on the assignment), we found that the negative effect is caused by close relationships to people at home. A plausible explanation is that people back home tend to overestimate the danger and are more likely to transmit their own concerns, whereas people in the host country have better information about the situation and are less prone to unnecessarily transfer anxieties to the expatriate.

Expatriates with a large and diversified social network have a higher psychological wellbeing when compared to expatriates with a small and homogeneous network, regardless of the country’s terrorism level. As the data also shows that network size is crucial in high-risk countries, organisations should encourage their expatriates to network abroad and include more people in their inner circle. Companies should encourage their expats to include a good spread of host country nationals as part of that inner circle.

Finally, the importance of those people in the expat’s network that are left at home should never be underestimated. Organisations should support regular expat trips home and also ensure that those left behind are fully briefed and supported as to the realities of the overseas posting, so their negative influence on the expat’s psychological wellbeing is diminished.

Benjamin Bader is an academic partner and strategic adviser to the RES Forum and professor of strategic management and organisation at the Leuphana University of Lüneburg in Germany. He co-authored the report, Expatriate Management in High Risk Countries, with Tassilo Schuster from the University of Erlangen-Nürnberg

It is always a high risk to manage expat in the countries with high risk. In this case companies deploying their employee to high risk countries it is always advisable to heir a local Manage Services company or relocation consultant to help the expat as local companies knows how to deal with the government, Police and official bodies.